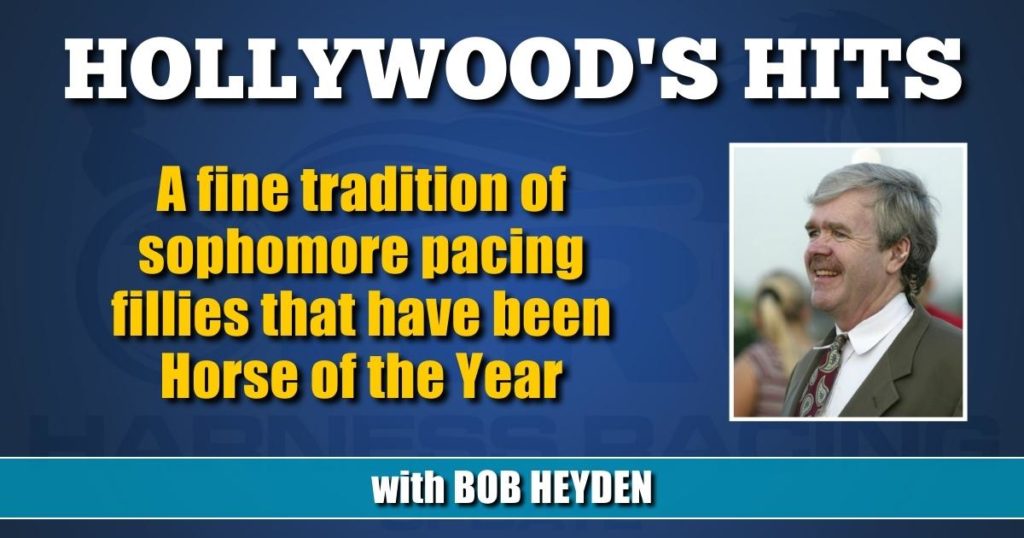 If Test Of Faith is named 2021 Horse Of The Year on Feb. 20 it will further a very fine tradition of sophomore pacing fillies who have been honored. Here’s a closer look at that list-of course assuming that Test Of Faith gets the nod.

In 2001, Bunny Lake won and John Stark, Jr. became the last trainer/driver to have a pacer as HOY. Rainbow Blue won it over undefeated (12-for-12) trotting filly Syrinx Hanover.

In 2021, Test Of Faith will become the second female by Art Major to be HOY, joining JK Shesalady in 2014.

All four pacing fillies on this list did or will race past their 3-year-old HOY seasons.

With only two defeats in 2021, Test Of Faith and the last two 3YOFP HOY winners have five losses combined. Rainbow Blue was 20-for-21 and Bunny Lake 19-for-21 during their award-winning years.

Rainbow Blue started her award-winning 3-year-old season in 2004 winning each leg and the final of the Blossom series.

Bunny Lake lost her first two starts then ran the table winning the last 19 times. Those first two races? The Roses Red (Note: Not the Roses ARE Red)

A couple years prior, Mystical Maddy also dominated for Pelling.

He will join George Teague (Rainbow Blue) and Glen Garnsey (Fan Hanover) as the only three trainers to have a 3YOYP and 3YOCP named HOY. Garnsey first had Abercrombie in 1978, Teague added Wiggle It Jiggleit in 2015 and Pelling had Rocknroll Hanover in 2005.

If Test Of Faith nails it down, Pelling will be second all-time on the in-between list at 16 years from first to second HOY.