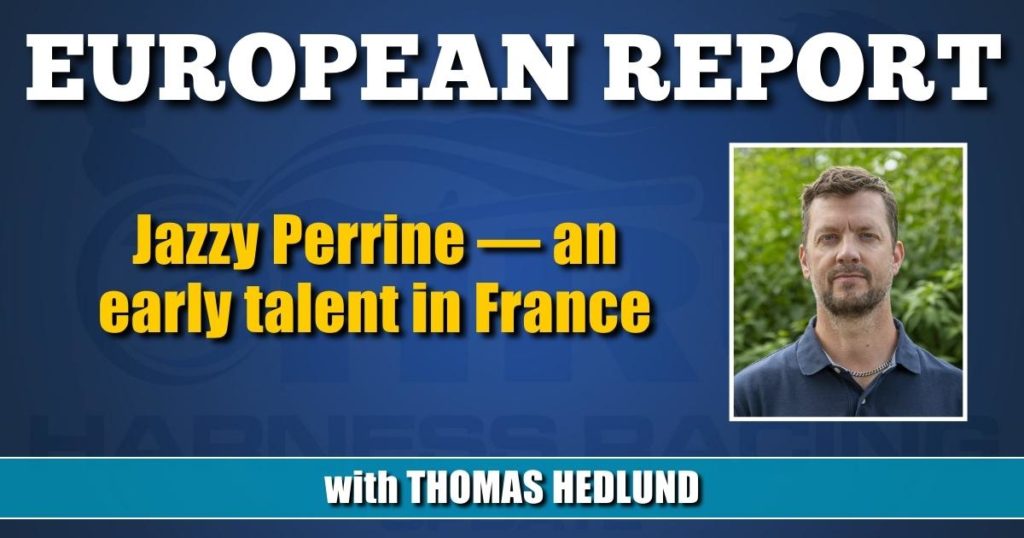 The 3-year-old fillies battled over 1.6 miles in the $135,000 Prix Gelinotte at Vincennes on Saturday afternoon (Jan. 8) and Tomas Malmqvist-trained Jazzy Perrine (Django Riff) proved to be best for driver Eric Raffin.

Jazzy Perrine was served a cover trip while Jocosa and Danish Melody fought for the front position throughout the race. Jazzy Perrine attacked far outside over the stretch and the trotter finished impressively. Vincennes was quite sloppy track on Saturday afternoon after heavy rain and the mile rate for Jazzy Perrine was a moderate 2:04.3.

This was Jazzy Perrine’s third win in eight starts and, so far, she has never been outside the top two spots in a race. It appears she will be a horse for the biggest 3-year-old battles this spring, at least when it comes to races for fillies.

The $135,000 Prix Emile Riotteau for trotters racing under saddle was held at Vincennes on Saturday and the winner of the race secured a spot in the biggest monté race in the world, the $792,000 Prix de Corniluer which is scheduled for Jan. 23 at Vincennes.

The winner in Saturday’s race impressed a lot. Joel Hallais-trained Hirondelle du Rib (Rolling d’Heripre) had to face a three-wide trip during the race’s first mile and when jockey Jean Loic Claude Dersoir hit the lead with his horse in the last turn, Hirondelle du Rib showed that she will be a serious factor in the big race in two weeks.

Hirondelle du Rib held the opponents behind her over the stretch and she recorded a mile rate of 1:58.3 over 1.6 miles.

Joel Hallais’ mare is well merited and she claimed the trophy in the $225,000 Prix President Republique in 2021.

Today’s (Jan. 9) Vincennes card contains another qualification race ahead of Prix de Cornulier. The $170,000 Prix du Calvados attracts eight monté horses where Bilibili is the most merited among them. Jerry Riordan tries racing under saddle with his Zarenne Fas and the top three in Sunday’s race claim their spots in the Prix de Cornulier.

The Paris winter meeting is definitely in focus right now and big races continue to be on the race cards every week.