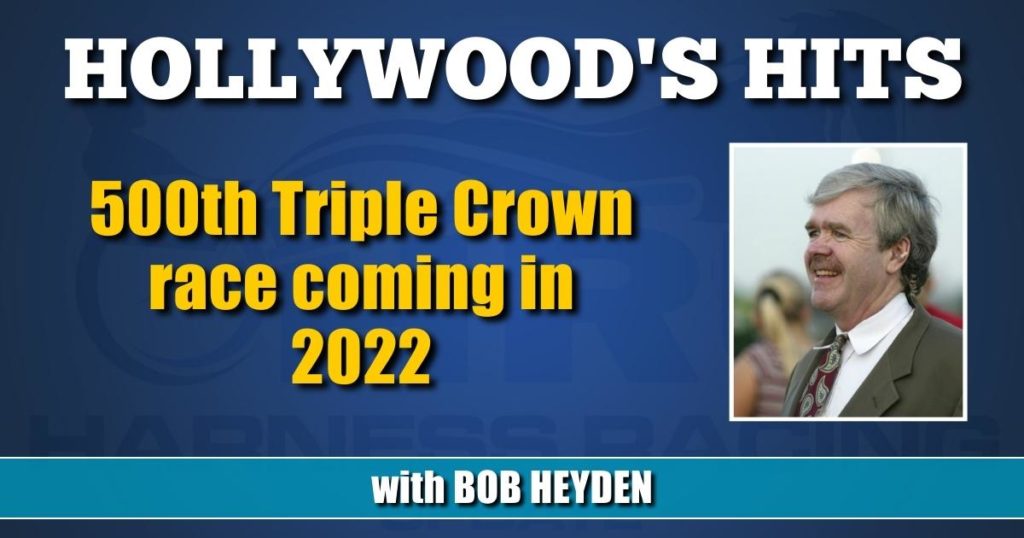 Thoroughbred racing has 446 of them-and it won’t be until the 2039 Belmont Stakes that they reach 500 Triple Crown races in total (146 editions of the Preakness-, 147 of the Kentucky Derby and 153 of the Belmont). But this year, the fifth Triple Crown race held will mark 500 for the sport of standardbred racing.

Some notes on the Triple Crown through the years include:

Bruce Nickells will be 94 on July 5, the oldest living Hall of Famer. On any list of dominance you will see Nickells’ name. Consider that the first three pacing females to surpass $1.5 million lifetime were all trained by Nickells — Follow My Star, Miss Easy and Immortality.

In 75 years of HOY balloting, only once have the top two come from the very same division — 102-32 in the final tally in 2016 when Always B Miki and Wiggle It Jiggleit did this in the incredibly deep Older Pacer category.

May 23 would have been Howard Beissinger’s 99th.

Jan. 28 is 40 years since the sport lost maybe its most influential sire ever Meadow Skipper.

In May we will mark the 60th anniversary of the foaling of Bret Hanover.

Trond Smedshammer will be 55 on March 22.