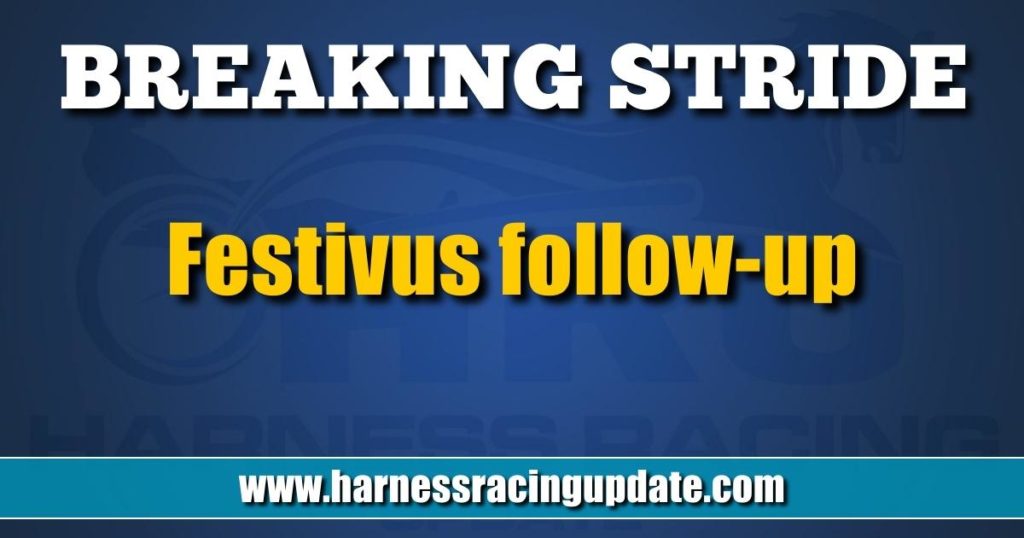 The column last week used episodes of Seinfeld that introduced Festivus, a holiday for the rest of us, as a method of holiday giving (link to last week). His email suggested a different Seinfeld theme, The Human Fund, would be equally helpful for eliminating shopping and getting funding into good equine hands. Upon future review, He is correct.

Allow me to explain

The Human Fund is a fake charity created by George Costanza. In the original Human Fund episode, angry after receiving a phony charity gift from his friend Tim Whatley, George followed suit and began to give out bogus cards to his co-workers

George: Hey, check this out. I gotta give out Christmas presents to everyone down at Kruger Corporation, so I’m pulling a Whatley (Gives a Christmas card to Jerry).

Jerry: (Reading it) “A donation has been made in your name to the Human Fund.”  What is that?

George: (With pride) Made it up.

George: What do you think?

Jerry: It has a certain understated stupidity.

Careful research shows that this episode, The Human Fund, was the forerunner of Festivus. George was so successful in his ruse, his boss, Mr. Kruger, gave him a company check for $20,000 made out to “The Human Fund.”

When the accounting department informed Boss Kruger that “The Human Fund” didn’t exist, he called out George for the fraud. Caught in the act, George panicked and tearfully tried using the excuse that he had made up the charity because his family celebrated Festivus. The web tangled when George invited Kruger to his father’s Festivus celebration. Kruger accepted the invitation. Mayhem followed.

The suggestion here is to keep Christmas cards handy that you could pass out that read: “A generous donation has been made on your behalf to a benevolent harness racing organization.”

You could do a full George and completely fabricate a horse organization. However, few of us would have the hutzpah to distribute cards for a sham Harness Horse Human Fund. Our sport is not a sitcom or reality show (although we have our moments). The harness racing business is a small world where most players know each other. The fraud would fail.

However, this Christmas, you could join me in starting a new tradition inspired by the Human Fund. A practice that accomplishes two missions – benefit actual horse organizations and avoid the Christmas shopping circus.

I closed my eyes and thought hard about all my friends in this sport while clicking to donate. The next step is to have beautiful, embossed cards printed.

Beautiful on many levels.

Second, the money is not flittered away on gifts like talking wall fish, Lava Lamps, tickets to Yodelfest, a volume of the collected poems of Sid Vicious, a mohair sweater vest, or reindeer socks.

Three, I never left my couch and am ready for all who require a gift.

Four, most importantly, the concept would be a prod to do our part and donate to the many worthwhile organizations in our sport that depend on the generosity of those of us who play the game of harness racing.