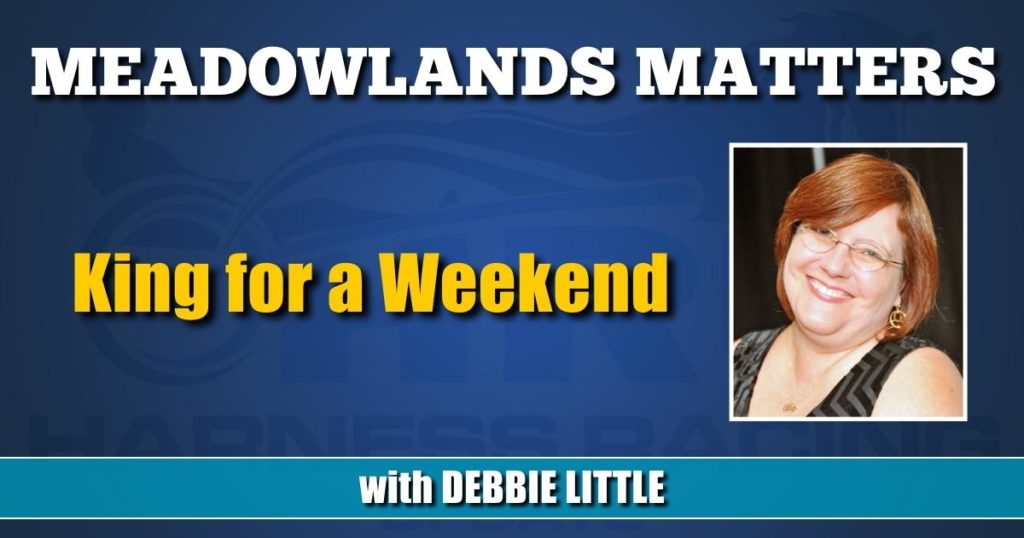 King for a Weekend

In a little over a month, the nation and The Meadowlands will honor the memory of Dr. Martin Luther King, Jr.

For the fifth straight year, The Big M will play host to the Martin Luther King Remembrance Race, featuring African-American drivers, but for the first time it will be a two-day event, with multiple races.

The reason for the change is the growing interest in the competition to honor the late civil rights icon.

According to Meadowlands’ race secretary Scott Warren, with just one MLK race earlier this year, all interested competitors could not be accommodated.

So far, Warren has only heard from a handful of horsepeople wishing to compete in the 2022 edition of the MLK, but since he plans to post about the event on the USTA website this weekend, he knows that will change.

“I expect when we get the word out at the end of the week, we’ll go from 0 to 60 and we’ll have a lot of feedback and people interested,” said Warren.

Anyone wishing to compete in the races that will take place on Friday, Jan. 14 and Saturday, Jan. 15 (Dr. King’s actual birthday), should contact Warren at swarren@playmeadowlands.com.

Driver Jim King Solomon is once again working with Warren to coordinate the races, which will be sponsored by trainer Tony Alagna.

“I said, ‘Tony, what do you think about sponsoring the Martin Luther King race next year?’” said Solomon. “He said ‘Oh yeah, no problem.’ Tony does things the right way. I’ve never seen a man so smart in my life.”

“I just told [Solomon] as the thing gets closer and they had some more details, to let me know whatever they needed and I’d be more than happy to help,” said Alagna. “It’s a great opportunity to drive at The Meadowlands and I believe that anybody that’s ever aspired to be a driver, that it’s got to be on their bucket list, that’s for sure.”

Warren thinks that some of the out-of-town drivers might think twice about competing considering the travel and rooming expenses to race on both nights, not to mention having to pay to get licensed in New Jersey, but Solomon hopes that it won’t be a deterrent and is even willing to put someone up in his guest room, if necessary.

Driver Randy Crisler was only too happy to fly in from the Midwest for the opportunity to compete in the 2021 edition of the King, even though his luggage didn’t make it and he had to borrow Joe Bongiorno’s colors to compete.

“I always wanted to race on that track,” said Crisler. “Despite everything with the colors, none of that mattered, all that mattered was I got to drive at The Meadowlands.”

Crisler finished second to Tharps, but that was not the first time the two men had met on a track.

“The crazy thing is we drove together, the year before that at the Red Mile, and I helped him, I gave him pointers,” said Tharps. “He never understood the driving method of a mile track and I mentored and coached him and when he won and he said, ‘Man I really appreciate you telling me how to drive on a mile track.’”

Crisler is definitely planning to attend next month and Solomon said he has also been in contact with several other interested participants.

“If you’re not an active driver, we’re not going to use you,” said Solomon. “You can’t be a matinee driver and come to The Meadowlands. You’ve got to drive all the time and be professional. We try to make it a safe race.”

If possible, Shades Demsky, creator of the popular Meadowlands’ web series “Mark On Mic”, is planning to mic someone in the MLK races, just to make the event even more special.

Due to COVID restrictions, the drivers from the 2021 race were unable to take a group photo in the winner’s circle after the race. Hopefully, in 2022, they will have an even larger group taking part in that photo.