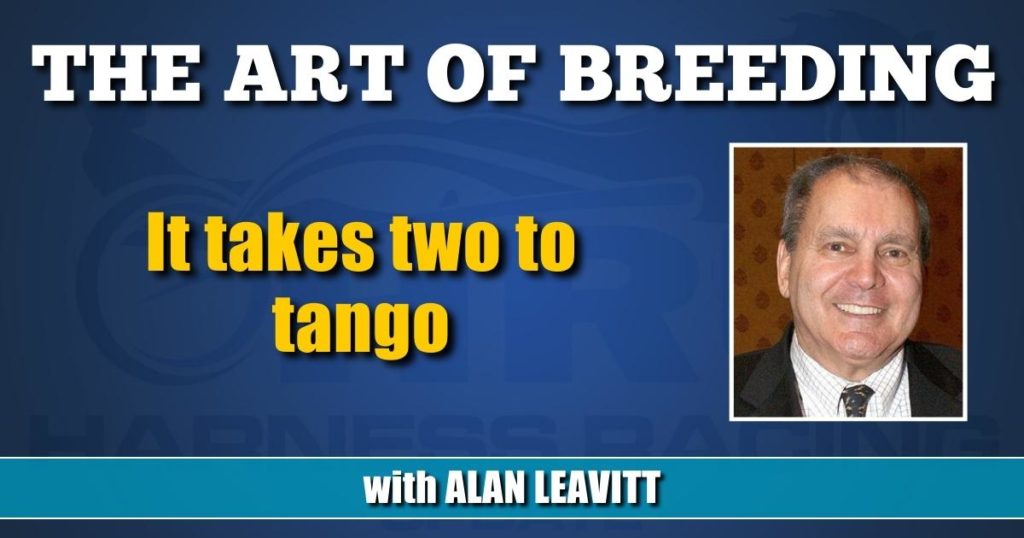 It takes two to tango

First, a couple of items from the wonderful world of Thoroughbred racing, where self-righteousness reigns.

The head of the Breeders’ Cup races, which were held this weekend, proudly declared that this year all of those races will be Lasix-free. That means that they will finally be in alignment with the rest of the Thoroughbred world, which turns its nose up at the use of something that corrects a problem all horses suffer when physically stressed, bleeding in the lungs.

Which also means that many of the horses competing in those big races will be denied water for 24 hours before they go to the post. It’s something called “drawing”, meaning drawing the water for a full day and night before the poor horse races.

To some this would constitute an inhumane practice, but to the Lord High Muckety Mucks who call the shots in Thoroughbred racing, it’s an unimportant detail.

There was also an editorial in the recent Blood Horse magazine extolling the ban on clenbuterol. In case you forgot, clenbuterol is a decongestant that does a good job of clearing up throat congestion if used for two or three consecutive days. It was an essential tool for those who race harness horses, because with it you could keep a horse racing on a weekly schedule, which is how our sport operates.

However, it turns out that if you hammer a horse with clenbuterol, it will create a steroidal effect. That’s steroidal in the sense of anabolic steroids, a performance enhancer.

This nice little side effect was apparently first discovered by the Quarter Horse people, whose creativeness in this area is quite remarkable. From there it was quickly picked up by their Thoroughbred brethren, and traces of it turned up in most, if not all, of the horses tested in the great doping scandal uncovered by the Feds last year.

To my knowledge there has never been a detected instance of clenbuterol abuse in a Standardbred race horse. Nevertheless, it is now a banned substance in harness racing. Once again, we are made to pay for the sins of others, and when one protests this injustice, as this kid once did, the answer is simply “Tough Turtles.”

Now to a fascinating letter I got from Paul V. Marino. He asked me my opinion of the “Rasmussen Effect,” and then went on to say he and Jeffrey Snyder used it to breed Rocknroll Dance, who won $2,429,441.

To begin at the beginning, in the words of Portnoy, Leon Rasmussen was a long-time writer of a Thoroughbred breeding column for the Daily Racing Form. Essentially, Rasmussen believed that a superior female ancestor played a greater role in a horse’s racing success than a superior male ancestor.

Rasmussen said that a breeder should strive to have a great mare, meaning a great producer, appear twice in the first five generations of the horses he bred.

Back to Mr. Marino, he told me that he and Jeffrey Snyder bred a half-sister of Western Hanover to Rocknroll Hanover. From that mating they got A Rocknroll Dance, who as noted before, won $2.5 million dollars.

Applying this kid’s definitions of breeding analysis, any time the two generations in which the same name appears adds up to six or less, it’s inbreeding. When the sum of the generations is seven or eight, it’s line breeding, and anything bigger than eight is outcrossing.

Obviously, inbreeding worked beautifully here, and it’s a concept that I totally support. Going further, applied judiciously it could well be a good selling tool. It seems to me that a yearling whose pedigree represented a 3 by 3 cross to Walner would have an enhanced value in the auction ring.

Here, a digression. It’s always a pleasant feeling for a market breeder when one of his best yearlings goes into top hands. That was the case with this kid when one of our nicest trotting colts was struck down to John Bax, one of the best trainers in the biz.

As someone might remember, a few months ago I wrote about how closely bred Duly Resolved is, the colt that John trained to second money in the Mohawk Million. Bax approached me after the hammer fell on our colt, and with a straight face said, “You know, I hesitated quite a while before I bid on that colt. You’ve got me really scared about any colt that isn’t inbred, and he isn’t. But I finally decided to take a chance.”

Don’t worry, John. There are plenty of good horses who aren’t close bred, and I’ll bet your colt will be one of them.

But back, once again, to Mr. Marino’s question to me about why the Rasmussen Effect is not more popular with Standardbred breeders. The fact is, at the moment no theory involving close breeding has any popularity in our sport. That is, present company excluded, but we’re just one small drop in a very large bucket.

While I do believe strongly in the value of close breeding, I do have some problems with what Leon Rasmussen preached. For starters, I think any ancestor who appears twice in a horse’s pedigree has to appear a lot closer than the fifth generation out. As a point of fact, Mr. Rasmussen himself in one of his countless columns wrote that only the first two generations had a real effect on a horse’s racing speed.

My main problem with the Rasmussen Effect is the heightened emphasis he puts on the mares in a horse’s pedigree. For him, the Tail-Mare line is stronger than the sire line, or Tail-Male. On an individual basis, he believed that a good producing mare had a stronger influence on her progeny than the sire did, whoever the sire happened to be.

I think that’s wrong. For me, the sires have just as much influence as the dams, no more, and no less. There’s a South American mantra that sums it up nicely for me;

It takes two to Tango, and that goes for any other dance you care to do, including horse breeding.