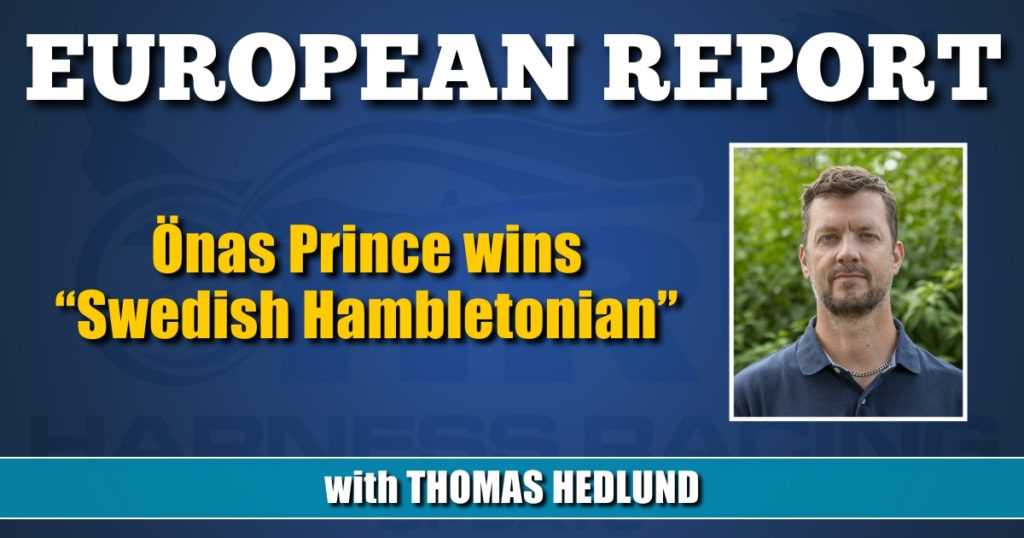 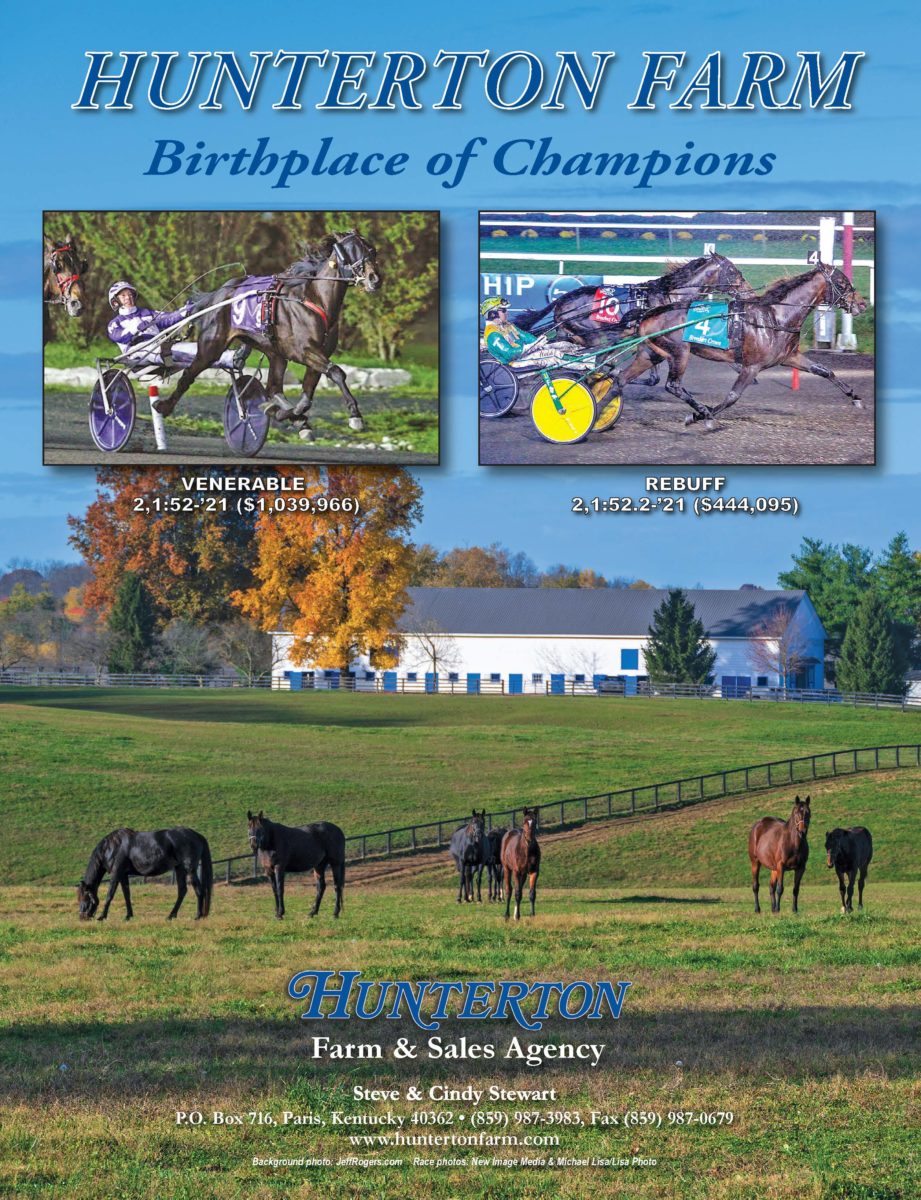 The $232,000 Sprintermästaren for 4-year-olds was held in Halmstad, Sweden on Thursday night. The mile race, which sometimes is referred to as ”The Swedish Hambletonian”, was preceded by three elimination heats in which all saw wire-to-wire winners in Önas Prince, Rome Pays Off and Hell Bent For Am.

The latter horse had best luck in the draw and trainer Sabine Kagebrandt picked post 1 for her Muscle Hill son. Önas Prince started from post 2 and Rome Pays Off from number 3. Two horses previously trained by Marcus Melander (Hell Bent For Am and Rome Pays Off) were in great position ahead of the race but it was the third elimination winner, Önas Prince, who had the best form when the final was on.

Trainer and driver Per Nordström has never experienced a better period in his professional life than this season. Week after week he collects big trophies in races in Sweden and his Chocolatier son Önas Prince is, according to Nordström himself, the best horse he has trained.

Hell Bent For Am kept the lead from post 1 and Önas Prince got a pretty relaxed first over trip while Rome Pays Of followed in second over.

Nordström drove a perfect race with his Önas Prince. He saved some power outside the leader and put in the extra gear when Hell Bent For Am was beaten in the last turn. At that point, Rome Pays Of attacked from second over, but Robert Bergh’s horse couldn’t get seriously close to Önas Prince who sprinted to safe win in 1:52.2.

Big part of the field of chasers behind the top duo went off stride in the last turn, which resulted in bronze medal for strong finisher Maestreaemon.

Önas Prince has 15 wins out of 20 starts so far in his career and the Chocolatier son can look back at a 2021 where he is undefeated in seven attempts.

The 4-year-old mares fought in elimination heats of the Stosprintern in Halmstad on June 28 and 10 trotters were gathered behind the car on Thursday night (July 8) when the $162,000 final was on the race card.

American-bred Fifty Cent Piece (Muscle Hill—Thatsnotmyname) topped the entire Harrisburg yearling sale in 2018 with a bid of $500,000 and owner SRF Stable opted to ship the mare overseas after the 3-year-old season. Trainer Robert Bergh was most pleased to land both Fifty Cent Piece and Rome Pays Of in his barn.

In the Stosprintern final, Bergh had to be satisfied with his position first over because Fifty Cent Piece has proven to be one of the toughest 4-year-old mares racing in Europe this year.

The mare can’t race in the biggest stakes races in Sweden during the season, but both the $232,000 Drottningpokalen and $162,000 Stosprintern are open for horses born outside of Sweden, as long as the owners have staked the horses.

Fifty Cent Piece has been outstanding in her two big races for the year. She claimed the Drottningpokalen at Åby in May and a position outside the leader didn’t stop her from grabbing another trophy in Halmstad on Thursday night.

Bergh noted that his horses was in total control mid-stretch and Fifty Cent Piece came home in a 1:55 mile.

Betting Pacer finished strongly as the runner up after a pocket trip and leader Hilarious Am finished third.