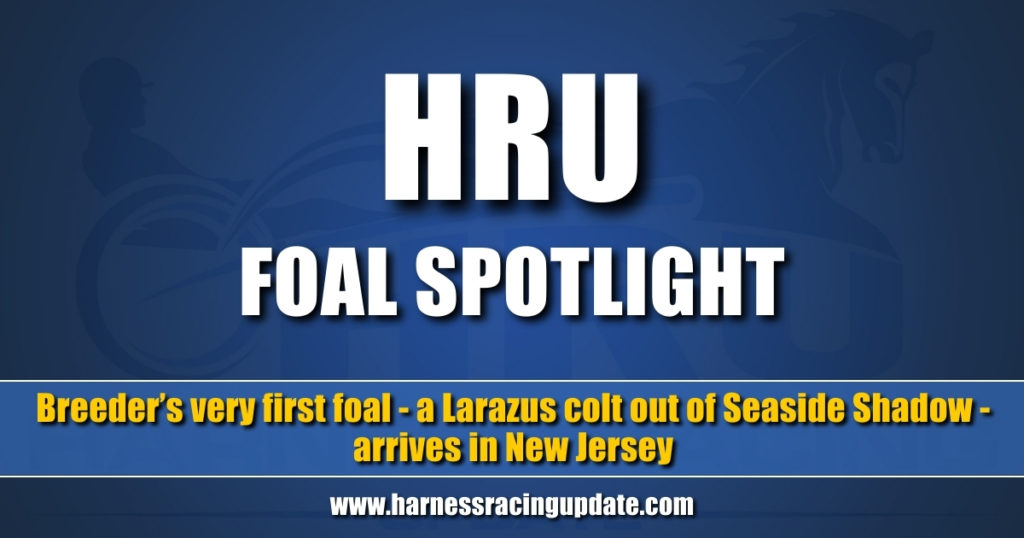 On May 10, new breeder Steven Chinni welcomed his first foal when a Lazarus colt out of Seaside Shadow (Shadow Play—Seaside Gilly) arrived at Birch Cream Farm in New Jersey. Seaside Shadow is from the maternal family of Falcon Seelster.

Chinni reports that mother and son are doing well and he wanted to give a “shout out” to Judi Jannuzzelli at Birch Creek Farm, Dominik Miga, Carmen Aucielo, and Deo Volente farm for making his “dream come true.”