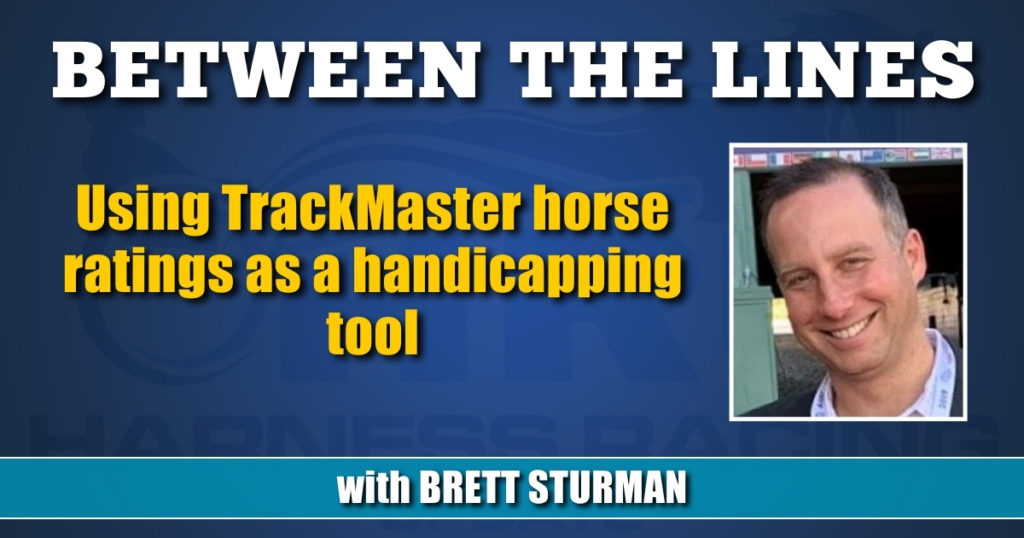 When handicapping a harness race, it’s been historically easy to quickly assess a field in a race. Standard condition sheets have made it simple to compare classes and know which horses are stepping up, which ones are dropping, and the reasons why horses are in a race to begin with. But that’s not always the case these days.

A standard condition has always been non-winners of some amount in their last five starts, along with an extra condition for an optional claiming price of another amount. This still is the case in many places, but at other tracks where competition has increased for horses to fill the entry box, conditions have become immensely more difficult to decipher. Take this condition from the Meadowlands last Saturday, which is not an uncommon one either: It reads, “N/W $10,500 (NJSO, N/W L3 or F&M $12,500) in L5.AE: Winners B/C N/W $8,000 or Less L/S.AE: N/W 8.(FM 10) Ext. PM Races Life. Opt. Clm $30K (N/W $7,500 L5/ AE: Winners B/C N/W $8K-Less L/S/AE: Mares N/W $60K Life Drawn Inside.

Is any normal race-goer expected to know what that condition means? I’ve slowly gone through each line of code in the condition and tried to map it to each horse in the field and I’m still not there yet. The good thing, though, is that from a handicapping standpoint it makes the race far more challenging, and potentially more rewarding than a standard condition race in which most people have the same school of thought. But where do you start when 10 horses are entering the race of all sets of classes making it difficult for apples to apples comparisons.

This is where the TrackMaster horse rating system comes in. As written about previously in this column, the idea of the rating system – if you buy into the model – is that it establishes a daily updated universal rating of a horse’s ability based on earned TrackMaster speed figures in past performances. In the past couple of years, the TrackMaster horse ratings have become increasingly adopted at racetracks as ways to set morning lines and perhaps more controversially, be used as part of the eligible conditions for a horse to race under (i.e. race is for horses with a TrackMaster rating between 75 and 80).

As a starting point when beginning to assess a race, the Trackmaster horse ratings may serve as a fair beginning. Though not included on any final program that I’m aware of, all the ratings are available daily as public data through the TrackMaster website. A cursory review of the ratings on each horse in the race can often show who the likelier contenders are. By boiling down the horse’s current ability to a single number and handicapping from there, it streamlines the process of comparing different conditions and comparing raw race times in the past performances.

While the concept of handicapping based on calculated speed and class numbers hasn’t caught on in harness racing, the concept is widely utilized in other racing. Thoroughbred racing uses metrics such as Beyer, Ragozin and Thoro-Graph figures in not only handicapping but other decision-making processes, and other international racing jurisdictions assign an updated numerical rating to a horse, similar to TrackMaster.

Like anything else in handicapping, the Trackmaster ratings aren’t a be-all end-all, but rather one piece of the puzzle. For example, the current rating isn’t going to account for a barn change where a horse is making its first start for a 35 per cent barn after compiling it’s rating in the hands of a trainer with a record this year of 3 for 81. Similarly, it’s not going to account for an equipment change that produces a three-second improvement. That’s where the human element of handicapping comes in.

From 13 races last Saturday at the Meadowlands, there were only three where the winner paid more than $7.80. Of those three, the highest paying winner General Joy A who paid $27.20 as the winner of the 7th race that night. In that race, horses had TrackMaster ratings that ranged from 80.96 to 86.94. With a rating of 86.41, General Joy A bested everyone except for odds-on race favorite Grand Teton who was just higher at 86.94. Granted that General Joy A had a more difficult post assignment in post 9, he also had Dexter Dunn driving. Despite the marginal difference in rating, the odds difference was huge and General Joy A swept the field from last to win comfortably in the end.

The next-highest paying winner that night was Duddie’s Lor from the 12th race. Paying $13.80 to win, it was similar to the prior example where Duddie’s Lor was the second-highest race TrackMaster horse in the race. His rating of 88.39 was higher than everyone except for race favorite Palomar. Sent off at odds of nearly 6-1 compared to the race favorite of 5-2, Duddie’s Lor got the trip with Tetrick and the win. The runner-up in the race Unloaded N was the third-highest rated TrackMaster horse and completed a $69.80 exacta.

Switching to Pompano Park, their highly publicized Send It In invite on Thursday for “hard luck” pacers in the Jackpot Hi-5 mandatory payout nightcap had horses coming in from every class imaginable. A review of the TrackMaster ratings showed that horses ranged from 64.72 to 71.18.With a high of 71.18, race favorite Queen Me Again tired after a multiple move and first-over try from post 9, and the winner was the second-highest rated horse and only other horse above a 70, Big Bad Baby who paid $14.20.

The point of the examples isn’t to cherry pick instances where the TrackMaster rating is spot-on, because that’s not always the case. And there are legitimate reasons why in some cases they may not make sense. But, overall, the ratings can help provide clarity in difficult to comprehend fields, as well as lending themselves to be one component of a larger handicapping picture.