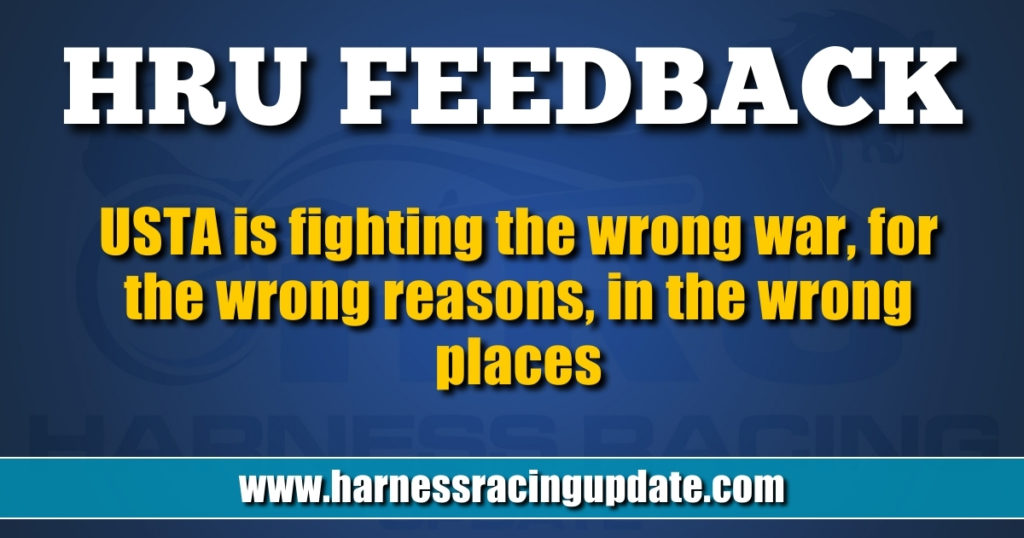 USTA is fighting the wrong war, for the wrong reasons, in the wrong places

I hope everyone in harness racing was or is able to read the story posted Thursday in the Philadelphia Inquirer titled “1,400 dead horses, a fading sport, and huge subsidies — Pennsylvania horse racing faces a reckoning.” I also hope everyone has read by now the story, also posted Thursday, in the New York Daily News titled “Advocates want to bring an end to horse subsidies in NY.”

Every second that the USTA spends obsessing over its opposition to the Horseracing Integrity and Safety Act is a second it is not spending trying to find a solution to the existential crises now underway in Pennsylvania and New York that could eliminate racing as we know it there. Every minute that Russell Williams (in Pennsylvania) and Joe Faraldo (in New York) spend angering politicians by rejecting the new federal law is a minute not spent trying to convince politicians that horse racing, including the standardbred industry, is committed to the popular reforms set forth in that law. The USTA is fighting the wrong war, for the wrong reasons, in the wrong places, and we are all going to suffer for it.