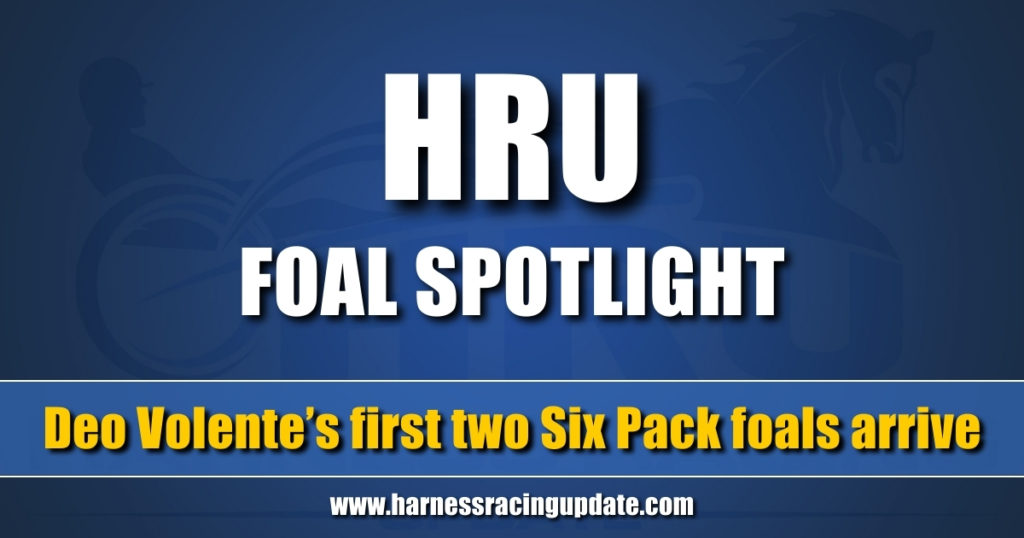 Deo Volente Farm’s first two Six Pack foals have arrived at its New Jersey farm. This year marks the first crop of Six Pack foals. The Muscle Mass—Pleasing Lady stallion stands at Deo Volente. As for the foals, a colt out of Tonato Of Love (below, right) was foaled on Feb. 4 and a colt out of Resora LB IT (below, left) arrived on March 6. Tonato Of Love (Donato Hanover—Song Of Love F) has produced five foals previous to the Six Pack colt. Resorta LB IT (Conway Hall—Gilly LB) has three previous foals to her name.