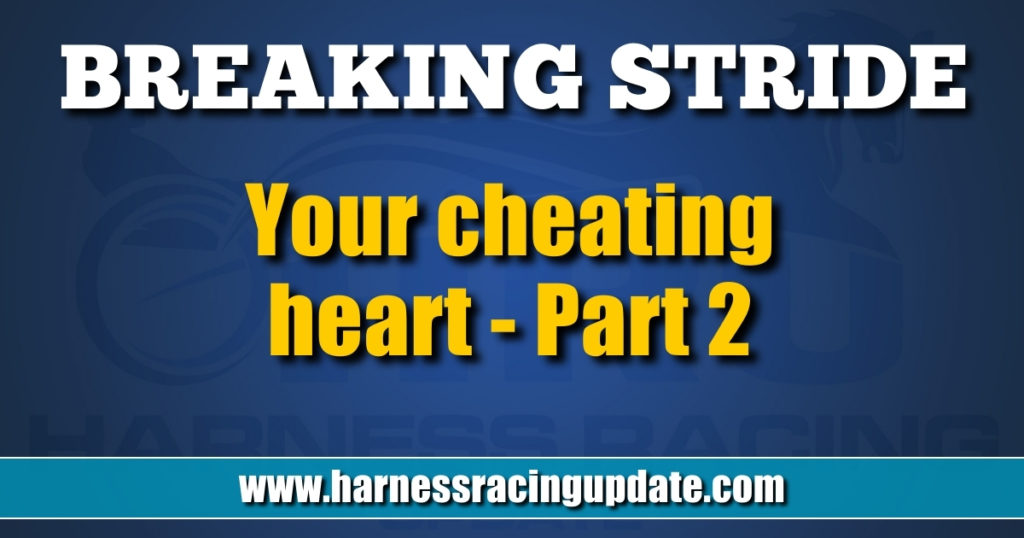 Before buckling his seatbelt, David said, “I was thinking about our little chat, the one about cheating in horse racing.”

“Yes, that one. Artificial intelligence could be a solution.”

“Yes. I know you get sick of hearing this, but artificial intelligence already plays a role in our lives. Machines help companies choose who to hire, set credit scores, evaluate teachers, fight crime, ferret out money laundering schemes, and prescribe medicine. The list is as endless as AIis relentless.”

“For horse racing?” I repeated.

“This concept is not as crazy as it sounds. As we speak, artificial intelligence is in play for wagering on horse racing. The list of businesses using AI to prevent and detect everything from employee theft to insider trading is expanding by the hour. Machines perform tasks better than humans. Horse racing is a business.Why not use AI for policing the bad actors in the sport?”

“And who would pay for THAT nonsense?”

“Computers silently run nonstop. They are less expensive than humans flailing around sporadically. AI should be cost-effective.”

I whined, “Racing is a tiny business, with different states in control. Racetracks are free agents when it comes to policing.”

“They are now, but the racing scene will change with the new federal legislation. The feds might decide that using data and testing, free from human biases, is the best option. Artificial intelligence may turn out to be a blessing for your sport.”

“No, I’m not. Technology for data collection and analysis is not revolutionary. It has been around for decades. The algorithms and the results they produce are the next technological wave. Banks and large corporations use artificial intelligence to detect and prevent fraud. Businesses continuously experiment with new ways to use it. Software is programmed to search for anomalies and, almost like magic, goes to work.”

“So, you are saying if a complaint about a horse race is received, AI picks up the scent and is on the case?”

“Obviously, in horse racing, the data would start with the basics of racing performance data. After all, every step of a horse race is recorded data already available, plus simple factors like the weather of each race, the track bias, the wind, the driver, the trainer, whatever. I foresee blood profiles on each horse with an implant that eliminates testing. AI would test in real-time. All this is just scratching the surface of possibilities.”

“Trey, this is child’s play for AI. They could even trace purse money. Mega data goes into the mix, and AI will determine if it needs more.

“This sounds a bit… invasive. It feels disturbing.”

“Maybe, but it is deadly efficient. Imagine a horse racing world where AI identifies an anomaly that takes a purse from a prominent trainer. The anomaly can be on several fronts. Everyone has agreed to race under this system. The human side of the argument, the due process rights, which have always been a thorn for enforcement, are a moot point. You can’t sue or threaten an algorithm.”

“No due process? Can’t you sue the programming company?”

He smiled. “This gets heavy, but the software is proprietary. There is little transparency behind how algorithms function. As the AI ability grows, the program becomes more sophisticated. Even the engineers who created the original system cannot explain the machine’s choices. Decision making becomes incomprehensible and, at this point, become “black box” algorithms.”

“What, black boxes would replace spit boxes? The magic would go out of the sport.”

“Maybe if confidence for the gamblers increased and takeout decreased, the magic would return. And there is remediation when the machine spits out results and solutions. Race: xy23gp/ger6, Violation: he#54thsec, Penalty: tlb678/

He continued, “If you translate a report like that to simple English – In Race 6 at Demonte Racetrack, horse number 3 raced with an overage of Gemazocine. Purse redistribution. Trainer notified. Owner notified. Racetrack notified. Action suggested.”

“So, everybody takes their medicine, right or wrong, with no extenuating circumstances.”

“AI will uncover more extenuating circumstances than a hundred humans. AI has no bias, only a task. For horse racing, the task would be to make the sport free from manipulation of horses and races.”

“What about beards, new drugs? There are plenty of increasingly sophisticated criminals.”

“That is WHY companies have decided that AI is the best method of keeping up with the crooks. AI-powered crime-fighting tools will be a requirement for large businesses, in part because there will be no other way to rapidly detect and interpret patterns across billions of pieces of data.”

“The impersonal feeling is creepy.”

“Agreed, but this is the future.The unintended consequences make everyone nervous.”

“Machines could put people out of work.”

“They always do, but machines using AI programming could also be deadly efficient and put the cheaters out of business. A sport that everyone trusts would be a whole new world for your sport.”

He nodded, “The genie is out of the bottle. Years ago, Stephen Hawking said that Artificial intelligence is likely to be the best thing or the worst thing to happen to humanity.”