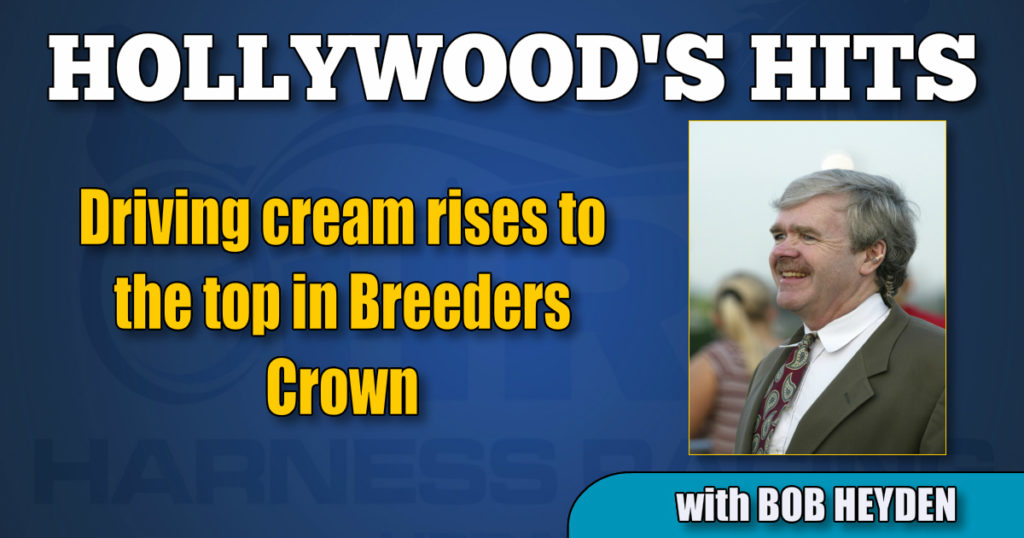 Driving cream rises to the top in Breeders Crown

It’s clear the Breeders Crown brings out the best in the sport’s best drivers. Let’s look at the history.

The list of drivers ranked by the average number of Crown wins is as follows:

In 2013, the top 5 drivers in North America won all 12 Crowns at The Downs at Mohegan Sun Pocono.

Twenty-nine times in Breeders Crown history a driver has driven in every Crown final:

Miller and Luc Ouellette — once, each

Six different times as many as nine drivers have won at least one Crown in a single year:

This is the list of Breeders Crown driving wins for those past their 50th birthday:

Campbell and Lachance each won six after turning 50. Lachance won four in the Crown year of 2000, just prior to his 50th.

The first 19 years of the Breeders Crown a Canadian-born driver led all 19 years:

The last 18 years of the Breeders Crown a Canadian-born driver has led only twice:

P.S. Gingras’ streak of nine straight years winning at least one Crown is alive. Campbell holds the record at 15 (1984-1998)

Dexter Dunn is the first driver to win six Breeders Crowns in his first two years.

Still the three biggest money seasons for one driver in a Breeders Crown year are:

Pierce went out with a bang

Ron Pierce retired after being the leading Breeders Crown driver in the previous five years combined.