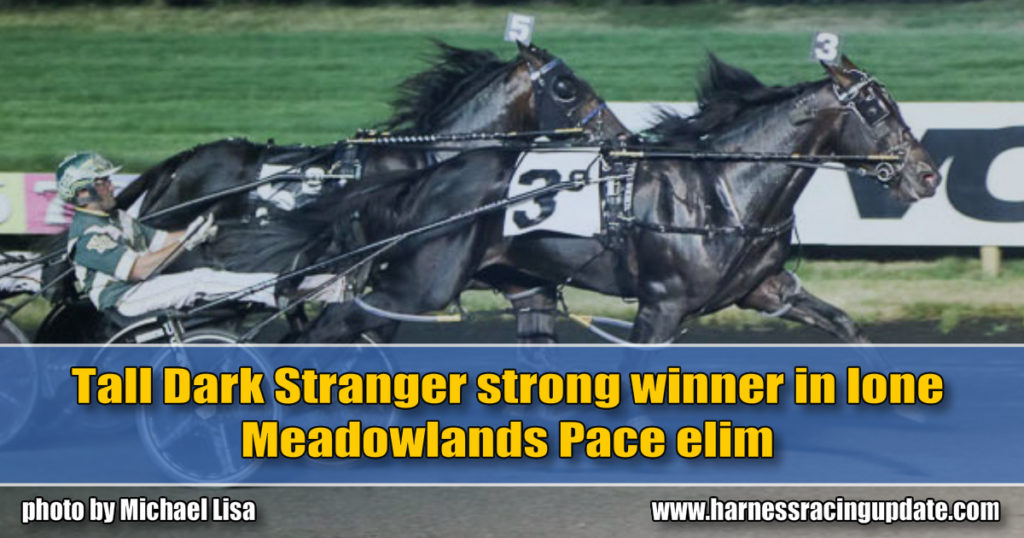 The Nancy Takter trainee then drew the five-hole for next Saturday’s $631,650 final. Nemesis Papi Rob Hanover finished third and then drew the nine hole, his third outside post in four 2020 starts.

Yannick Gingras orchestrated the winning trip for trainer Nancy Takter, taking the front after the quarter pole, rolling through remaining fractions of :54.4 and 1:22.1 and coming home in :26 to record the 1:48.1 victory.

Captain Kirk (Joe Bongiorno), one of three finalists for trainer Tony Alagna (along with Captain Barbosa and Chief Mate) finished a half-length back in second and drew the 10 spot for the final.

Papi Rob Hanover (David Miller) started in the 10-hole — the second time in three 2020 starts he’s had the outside post — but managed a strong trip and finished three lengths back in third. However, his poor luck with post draws continued. He drew the nine-hole for the final.

Captain Barbossa (Brian Sears) was fourth, Manticore (Jordan Stratton) was fifth, Major Betts (Dexter Dunn), who led the field to the :26.1 opening quarter and then dogged Tall Dark Stranger most of the mile from the pocket, faded to sixth. Catch The Fire (Mike Wilder) was seventh and Roll With Jr. (Tim Tetrick) grabbed the final spot in the final. Capt Midnight and Mocha On The Rocks finished ninth and 10th, respectively, and failed to advance to the final.

A second Pelling trainee Allywag Hanover — the winner of his $39,432 Pennsylvania Sires Stakes test in 1:50.4 on Friday (July 10) at Harrah’s Philadelphia — and Chief Mate skipped the Meadowlands Pace elimination and accepted byes into the final.

Tall Dark Stranger, a son of Bettors Delight out of Precocious Beauty, was bred by Jim Avritt, Sr. and is owned by Crawford Farms Racing of Syracuse, NY, Marvin Katz of Toronto, Caviart Farms of Vienna, VA and Howard Taylor of Philadelphia. The pacer remains perfect in two 2020 starts, improved his career earnings to $751,889 and is now 10-1-0 in 11 lifetime starts.

Tall Dark Stranger was purchased for $330,000 at the 2018 Lexington Selected Yearling Sale.