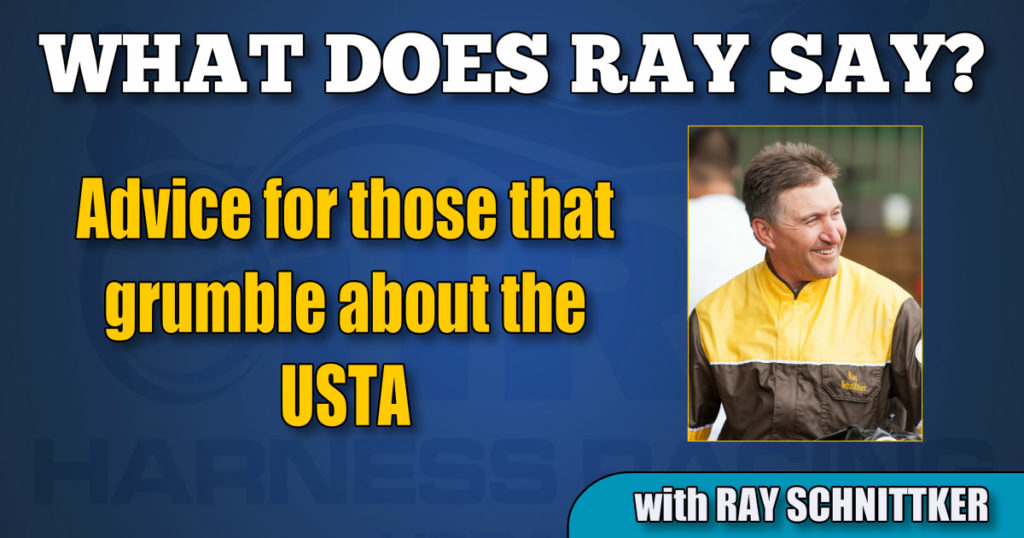 What does Ray say? Advice for those that grumble about the USTA

(Editor’s note: This is the first of a new semi-regular HRU feature where we pick the brain of multi-talented horseman and common-sense sage Ray Schnittker)

Among a list of things eating at Ray Schnittker these days — some we’re saving for future issues — is his take on people that grumble about the United States Trotting Association (USTA), which, incidentally, holds its Annual Board of Directors Meeting next weekend in Columbus, OH.

Schnittker, who is a long-time director of both the USTA and the Standardbred Owners Association (SOA) of New York, said, “it ticks me off that everybody bitches (in interviews) about what the USTA should do. I’ve been a board member of the USTA for probably 15-20 years and been on the SOA of New York at least 10 years… and I’ve never had anybody call me up and say, ‘Ray, we don’t like this or we don’t like that. When you go to the meeting can you bring this up?’ I’ve never had anybody call me. You’d think if you’re going to complain all the time in interviews that you would call up your USTA director or your SOA of New York rep or Ontario or wherever and talk to them. I’ve never had one call.”