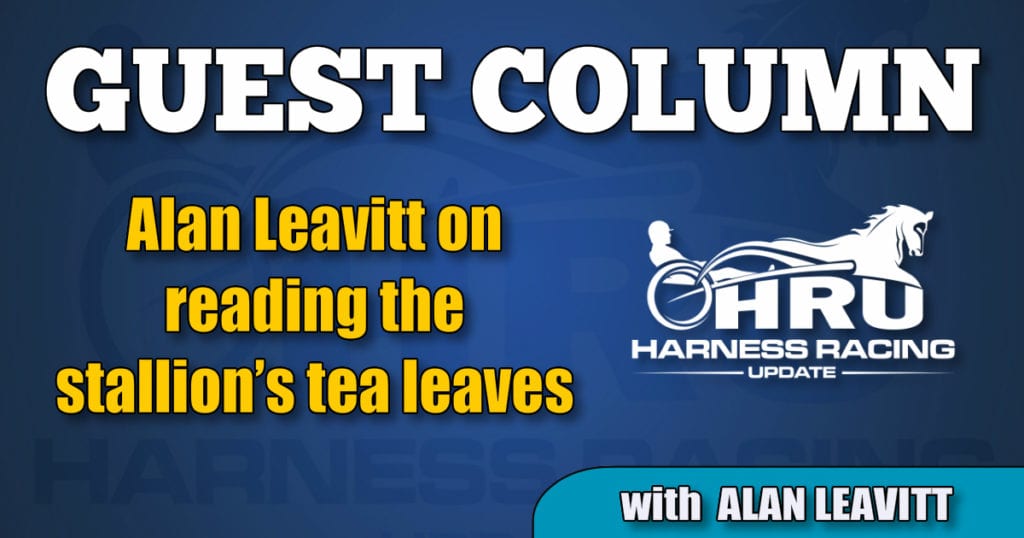 As a member of the Great Andover Class of ‘54, as we like to think of ourselves, the purpose at Andover (the famed Phillips Academy prep school in Andover, MA) was to teach us the Great End and Business of Living, which was best expressed by the motto, Non Sibi — Not For Self.

In trying to determine the sire potential of an untried stallion, the great end and business of the process is to determine whether the stallion will sire fast horses.

One should begin the evaluation process by understanding that each stallion exists as an entity entirely unto himself. Since we’re looking for a horse who will sire fast horses, the clues thereto are expressed by the stallion’s own performance on the racetrack,

The definitive race year for any future sire is at two. It is an absolute that 2-year-old brilliance is a prerequisite for future sire success. This has been borne out down through the years of the 20th century and now through the 21st. But it was also the key to the success of the greatest thoroughbred breeder of all time, Federico Tesio.

If you read Tesio’s writings, which should be required reading for all breeders of racing breeds, he makes it clear that he always looked for stallions that were good on the track at two. In Tesio’s days, the first half of the 20th century, there were limited racing opportunities for 2-year-old thoroughbreds in Europe. Considering that Tesio, an Italian, lived through two world wars that were fought over his native land, saying that at times there were limited opportunities for any kind of racing is a gross understatement.

Nevertheless, Tesio still dug deep enough to find some spark at 2 before he bred to a horse. Not only was he the leading breeder in Europe numerous times, his masterpiece, the immortal Ribot, is still regarded by some informed observers as the greatest thoroughbred racehorse who ever wore a bridle.

Since a stallion is an entity who totally exists within himself, his pedigree is totally irrelevant. I can hear the screams from here, but it’s obvious if you only look at the facts with an open mind. For every successful sire there are dozens of flops that are just as well bred, or even better, but they’re still flops.

Although a stallion’s pedigree counts for nothing in weighing his future chances, there is one particular physical characteristic that does carry some weight. There have been very few successful standardbred stallions in the last 30 years who were plain headed. I can only think of one, a pacer. All of our truly great sires have uniformly been marked by good, sharp heads, and nice, expressive eyes. Every horseman knows that a sharp headed horse is a smart horse; one who learns fast and has no foibles.

The only proviso here is the fact that the American trotter today usually has long ears. Aesthetically, one could wish for the shorter, hooked in ears we used to see, but, like it or not, the long ears are here to stay.

I’m not going to make any predictions about any of the new horses just starting out. That’s not my job, and besides I don’t know any of them up close and personal enough to have an opinion.

I do know this, however. You can’t make a bad sire with good mares, and you can’t stop a good sire with bad mares.

All any horse today needs is a book of 50 or more mares, and if he’s a sire, he’ll prove it with them. By the same token, you can throw a trainload of top mares at a stallion who isn’t a sire, and the results will be nil.

Parenthetically, virtually every standardbred mare today is pretty well bred, so if they’re exposed to a good sire, they can produce a good racehorse. And, on a personal note, I think most people make a mistake when they define a “good mare” as one with great racing credentials. In point of fact, there’s no correlation between a mare’s racing ability and her production ability.

A “good mare,” from a breeder’s standpoint, is a mare from a live branch of a good, producing family. Some of our greatest producing matrons had no records at all, and that continues to be true today. On the mare’s side of the equation, the family is always superior to the individual. Just the opposite of the sire.

All of this talk about sires somehow reminds me of a story from my youth, in the ‘40s, when I was showing my three-gaited pony, Smooth Sailin’, at the local horse shows around Hanover, PA.

At the time there was a great five gaited gelding named Oakhill Chief. He was a chestnut with some odd white spots and feathers here and there on his coat. His trainer was a great horseman named Lee Roby, from Tulsa, OK.

Oakhill Chief was never registered because no one could ever determine who his sire was. In those days that didn’t make any difference at the horse shows.

One night, after Roby had ridden Oakhill Chief to the championship in the five gaited stake at the Kentucky State Fair, he was being congratulated by another saddle horse trainer.

After offering his congratulations, the other guy, in all innocence, asked, “Lee, do you think you’ll ever figure out who that horse is by?”

Roby said right back, “Well, tonight I thought he was by himself.”