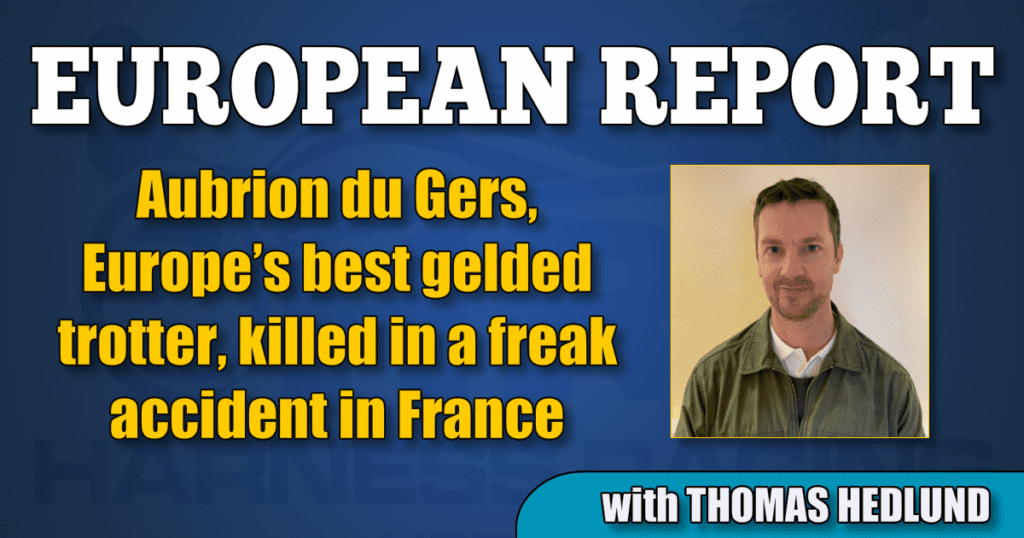 Aubrion du Gers (Memphis du Rib), arguably the best gelding in Europe and the runner-up in this year’s Elitlopp for trainer Jean-Michel Bazire, died in a freak accident at Bazire’s farm on Tuesday morning.

The accident happened at Solemes in France when Bazire’s two trotters Aubrion du Gers and Cyrano du Pont (Look de Star) were involved in a yet-unexplained head-on collision that killed both of the horses.

In the $402,000 U.E.T. Trotting Masters final in 2017, Aubrion du Gers beat champion Bold Eagle and showed he was a horse that could make a serious challenge in every trotting event around the world.

Bazire’s star won 46 races in 73 attempts and the 9-year-old’s lifetime earnings ended at $2,849,361.
“We are devastated. He was a fantastic horse, the best that I’ve ever made contact with,” said a very sad Bazire to French media actu.fr.

Aubrion du Gers was scheduled to race in the International Trot at Yonkers on Oct. 12.