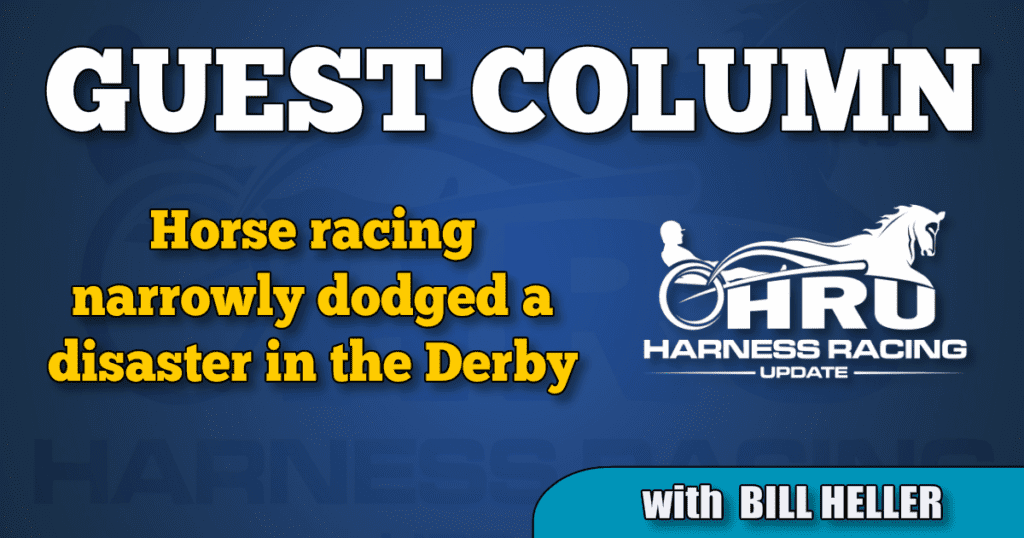 Horse racing narrowly dodged a disaster in the Derby

Horse racing narrowly sidestepped a major disaster Saturday in the Kentucky Derby. And while the decision of the three stewards to disqualify the winner, Maximum Security, and make 65-1 Country House the winner, may be debated for decades, those of us who love racing, all horse racing, can breathe a sigh of relief that human and equine tragedy was somehow averted. Racing, still smarting from the outcry after the deaths of 23 thoroughbreds at Santa Anita the past few months, wasn’t taken to its knees by the concerned general public.

Don’t forgot, the day before in the Kentucky Oaks for 3-year-old fillies, Positive Spirit stumbled coming out of the starting gate, tossing her jockey, Manny Franco, to the ground. Franco wasn’t injured, and Positive Spirit was able to walk back to her ban without difficulty, though she suffered lacerations and a possible soft tissue injury.

The last thing horse racing needed was an even worse incident the next day in the Kentucky Derby. With NBC posting its highest overnight Kentucky Derby television ratings since 1990, up 20 per cent from last year when undefeated Justify began his successful Triple Crown blitz, what transpired around the far turn at Churchill Downs could have been truly horrible, possibly injuring or taking the lives of several horses and their riders.

When Maximum Security, apparently reacting to either seeing or hearing the immense crowd, switched leads, his legs drifted out right into the leg path of the horse on his outside, War of Will, who in turn affected Long Range Toddy’s path behind them. If any one of one horse’s legs had made contact with another’s legs, both horses could have gone down. And those three horses were in front of a bunch of others at that crucial strategic point in the mile-and-a-quarter race.

Instead, thanks to the quick thinking by the jockeys of War of Will and Long Range Toddy to immediately take hold of their horses, there was no accident. The chances of both of those horses were immediately compromised by the incident, and two jockeys claimed foul against Luis Saez, the jockey of Maximum Security.

Though a winning horse had never before been disqualified for interference in the long history of the Kentucky Derby, the action of the three stewards in a 3-0 unanimous vote was the correct one. Both War of Will and Long Range Toddy could have gone down.

The decision to disqualify the winner wasn’t because of “political correctness” as president Donald Trump suggested in an angry tweet, but an adherence to the rules of racing that mandate each horse is entitled to his own path during a race, whether it’s a $3,000 claimer or the Kentucky Derby.

Yes, Maximum Security, who was undefeated, was certainly the best horse in the Derby. And yes, it’s a horrible blow to owners Gary and Mary West, trainer Jason Servis and Saez, too, all of them denied what would have been their first victory in the Run for the Roses.

But what would have happened if the stewards didn’t make the disqualification? Imagine the outcry that the welfare of horses, in this case the two horses and their rides who were fouled, was ignored just because it’s the Kentucky Derby. Did we really want to go down that path?

The disqualification leaves a sour taste in everyone’s mouth going forward, but racing will survive. Though it’s highly unlikely, perhaps the powers in horse racing will realize it would be great if all of racing had uniform rules regarding such matters, rather than regulations which vary from state to state. Ditto for medication rules which change from state to state.

But you can sigh in relief that something far worse than a controversial disqualification could have happened Saturday.