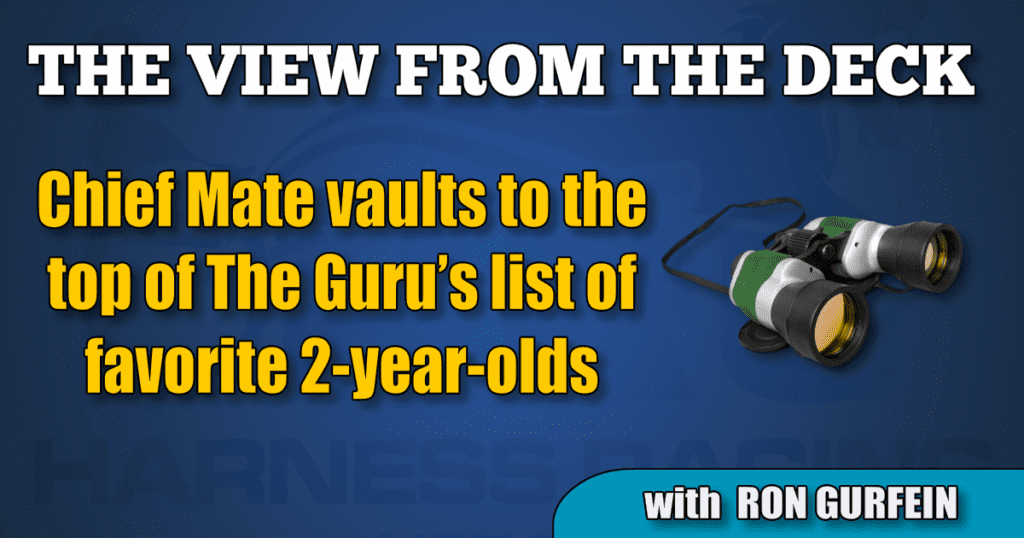 The weather was hot but breezy Saturday at Sunshine Meadows and the crowd, for an April day, was larger than one might expect. There were lots of nice horses, but one performance was riveting. Unlike last year when Captain Ahab stood out to my eyes after seeing him in 2:45 when in December or early January he appeared to be a man amongst boys, 2019 has been quite different. I have seen many that were very nice and still are, but my attention has been on three Captaintreacherous colt — It’s Showtime from the fast Uffizi Hanover, Force And Fury the $300,000 Lexington graduate out of My Little Dragon and Chief Mate from the Brittany Farms mare Heaven Forbid.

All winter long they have remained at the top of my pacing list. However, Saturday morning the crowd reaction to the set that was dominated by Chief Mate set him apart from the others. I have been criticized by Captain Bell for announcing winner and losers in the Alagna sets, as it is predetermined that Tony cuts most of the miles and they all finish or try to finish the mile together. This morning was different. Chief Mate opened up five lengths on the field on the final turn and Alagna had to rip his face to finish with the followers. The colt showed such a quick turn of foot that there was applause from The Deck as he stopped the timer in 2:08.1 the fastest mile of the year for a 2-year-old but the time was irrelevant, it was something to behold. It’s Showtime and Force N Fury looked great in the set flying at the wire, and I am certain they will be top colts, but at this moment this writer’s heart belongs to “The Chief”. It truly looks that the only way to beat a Captaintreacherous is to have a Captaintreacherous.(I was quoted saying the same thing in regard to Valley Victory at this time of year before his first crop ever raced).

The Croghan/Webster outfit are still in Florida and had a busy morning. Recoil (f, Rockin Image—Shot To Go Blue Chip) and Puck Me Upper (c, Trixton—Pick Me Up) were nailed on the wire by Gucciriffie (f Roll With Joe—Nikites) looked great, but time unknown. Also, Booty Call (f, Somebeachsomewhere—Love Canal) nosed out Middleton (f, Somebeachsomewhere—Jolting Kate) and Sweet Beachtime (f Somebeachsomewhere—Sweet Paprika).

Domenico Cecere of Lindy Farm trained some nice 2-year-olds on Friday. I was not there, but I got the report and will list the times for those interested. Unnamed (f Muscle Hill—Moms Millionaire) in 2:20, She Does Trix (f Trixton—La Riviera Lindy) in 2:23, Pastor Lindy (c Father Patrick—Lindys Crazy Dolly) in 2:22, Dazzling Lindy (c Crazed—Lindy On The Rocks) and Hall It Off (c Cantab Hall—Pearl Axe It).

Thanks for the kind word. Have a wonderful holiday and look for a preview of my Road to the Derby next issue. Have a great week.