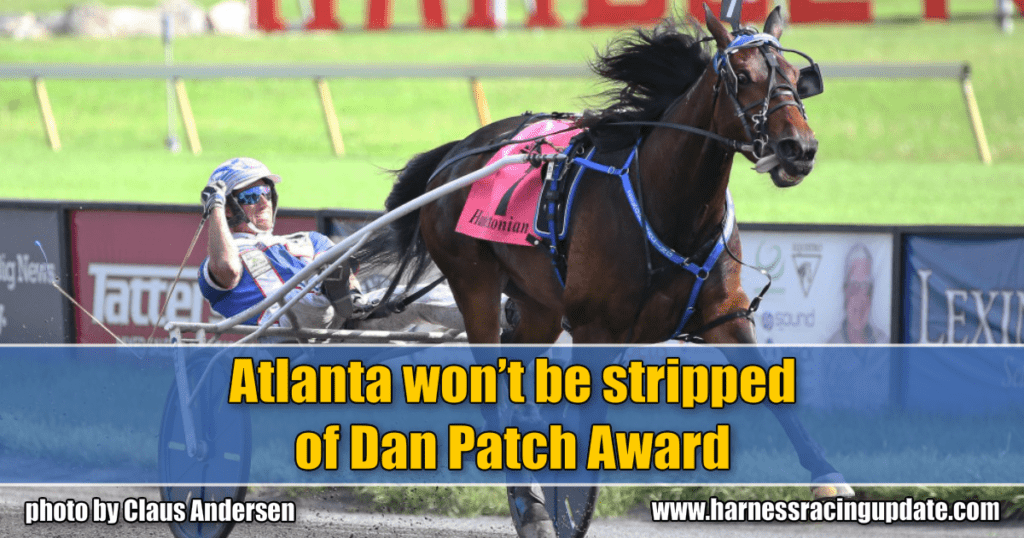 Last week, Standardbred Canada stripped Atlanta of the possibility of winning an O’Brien Award in Canada after the filly’s trainer, Rick Zeron, was handed a lengthy suspension by the Alcohol and Gaming Commission of Ontario (AGCO) that regulates the sport in the province (full story here). Standardbred Canada has long had a rule that bars horses and people with suspensions of 180 days or more from earning O’Brien Awards.

Wiles said USHWA has “no provisions in our by-laws to remove a voted winner after the fact. Atlanta was voted Dan Patch Divisional winner by the members of USHWA and will remain as such and therefore eligible to be voted Trotter of The Year and Horse of the Year, we will honor her along with the other 15 Dan Patch Award Winner’s at the Dan Patch Awards in February.”