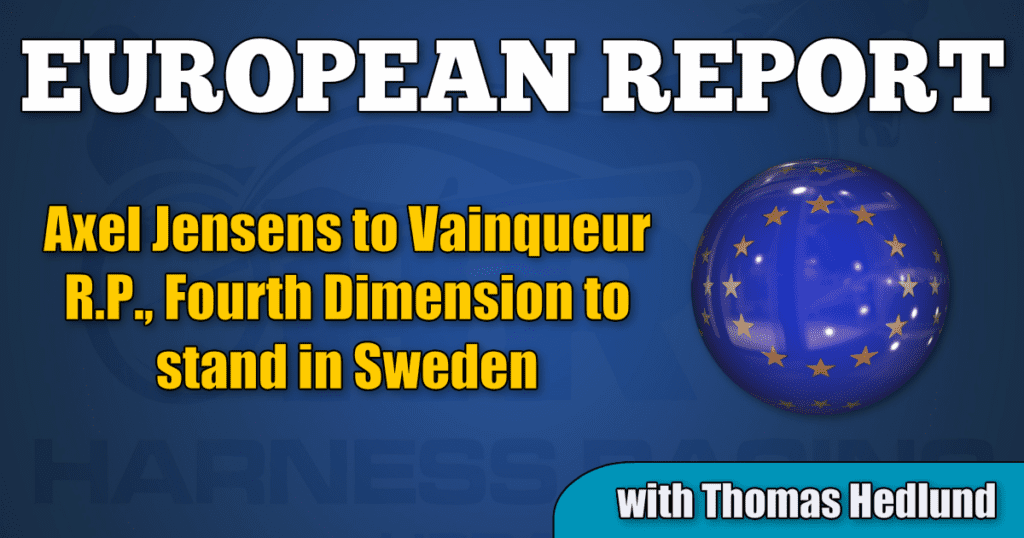 The $71,000 Axel Jensens Minneslöp was held at Bjerke racetrack in Oslo, Norway on Saturday afternoon. The race for 4-year-olds became a pretty undramatic story where leader Vainqueur R.P. (Infinitif) showed that the third place in Swedish Breeders Crown last weekend was a proof of the horse’s status right now.

The Frode Hamre trained trotter should normally have been an early choice when Breeders Crown was held last week, but bad numbers behind the gate have been obstacles too heavy to overcome lately and when Axel Jensens Minneslöp waited in home country Norway, the conditions were right. The conditions with a mile race and perfect number behind the gate made him the first choice in the prestigious race.

Driver Ulf Ohlsson hit the lead with Hamre’s trotter and the duo had everything under control the whole way to the finish line and winning time was 1:55.3. Enterprise (Chapter Seven), second, and Giveitgasandgo, third, (Yankee Glide) both finished strongly without challenging the winner seriously in the home stretch.

In the division for mares, Steen Juul trained Carna Sensei (Prodigious) made a strong performance from fourth over for driver Thomas Uhrberg.

Marcus Melander-trained Fourth Dimension (Chapter Seven—Corazon Blue Chip) will soon be shipped overseas to Sweden where the 3-year-old son of Chapter Seven will serve as stud at Menhammar Stuteri next year.

Fourth Dimension had an excellent season as a 2-year-old and won the Dan Patch 2-year-old trotting colt award. He’s the first and – so far – only son of Chapter Seven to stand stud in Sweden and a fracture in his left knee stopped him from continuing to race in the U.S.