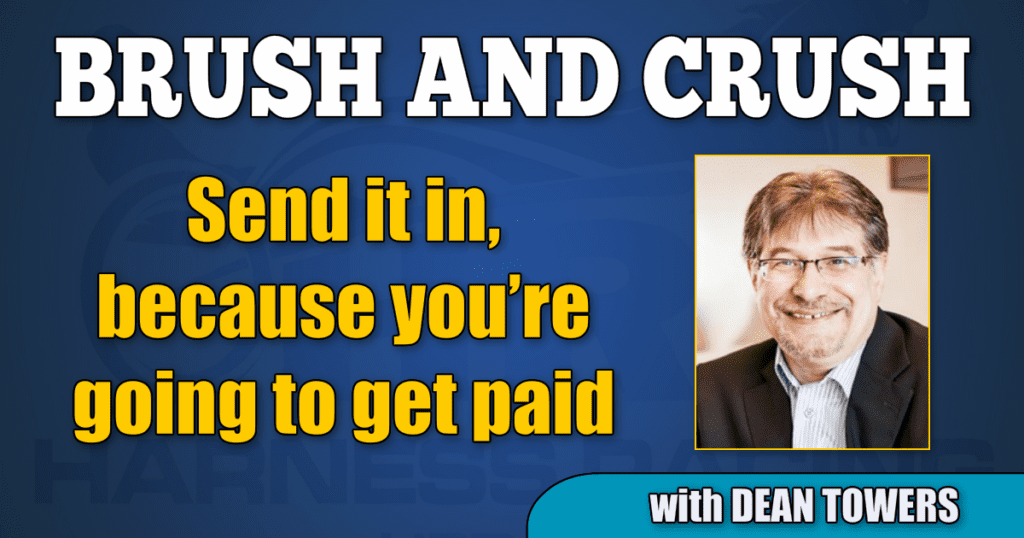 Send it in, because you’re going to get paid

When those inside the industry hear the Breeders Crown is at Pocono Downs, a couple of things might come to mind — fast times and a possible speed and post bias, for example. For bettors it can be a little different. They, almost without fail, mention the track’s usurious takeout rates.

This year, that’s something they cannot do, thanks to Pennsylvania racing, Pocono, and the Hambletonian Society. As I’m sure you’ve heard by now, the big night (and were the elimination cards) are both being wagered at 15 per cent across-the-board takeouts.

In fact, if you hit three trifectas and one super on the card that paid you $1,300 last time at Pocono, this year you’ll get back almost $1,600. You made $300 more, with the exact same handicapping and racing luck.

How many times have you hit a few nice tickets and said “how did I lose money this weekend?” I’d wager more than once. People lose money all the time with good handicapping because they don’t get paid enough when they win.

A prevailing view in the industry is that when players win more, purses receive less. There’s certainly some truth to that in the short term. However, in this case I’m not sure that fits very well.

If Pocono’s signal fee is 3 per cent, the track and horsepeople make 3 per cent if the takeout is 30 per cent or 10 per cent. Their share will be similar even if handle stagnates. Much of the takeout goes to the bet takers, like ADW’s, and really, why should we worry much if their margin goes down? If a business is selling something on the Home Shopping Channel it’s worth something to be on there – the Home Shopping brand and its promotion of our item will mean a ton of sales for us. Is TVG or Twinspires working their butts off to sell the Breeders Crown every year to their customers? Is their participation worth the bulk of the takeout?

I think a strong case is made that this reduction does make sense with little risk. That’s the left-brained argument. But for the right brainers out there, I believe it makes sense from a branding perspective, too. This takeout reduction tells a story – namely, when the Crown moves to Pocono, bettors need to pay attention, because the track and the event wants your business. This is something the industry, and the Breeders Crown can build on.

Next weekend, the jam-packed Crown card is sure to be exciting. We get to see the best racehorses, best drivers and best trainers compete for big money, and possible end of year honors. Most of us would watch the event if betting was illegal. For many, though, the combination of short prices and high takeout were completely unpalatable. Those folks now have a reason to look at the card. And for other regular bettors, Gabe Prewitt’s “Send it In” tee shirts have never been more apt. When you send it in this year, you’re going to get paid.