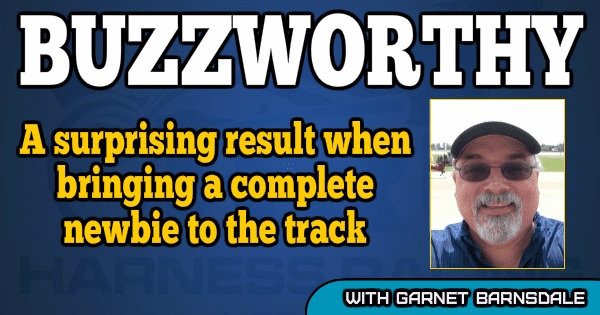 A surprising result when bringing a complete newbie to the track 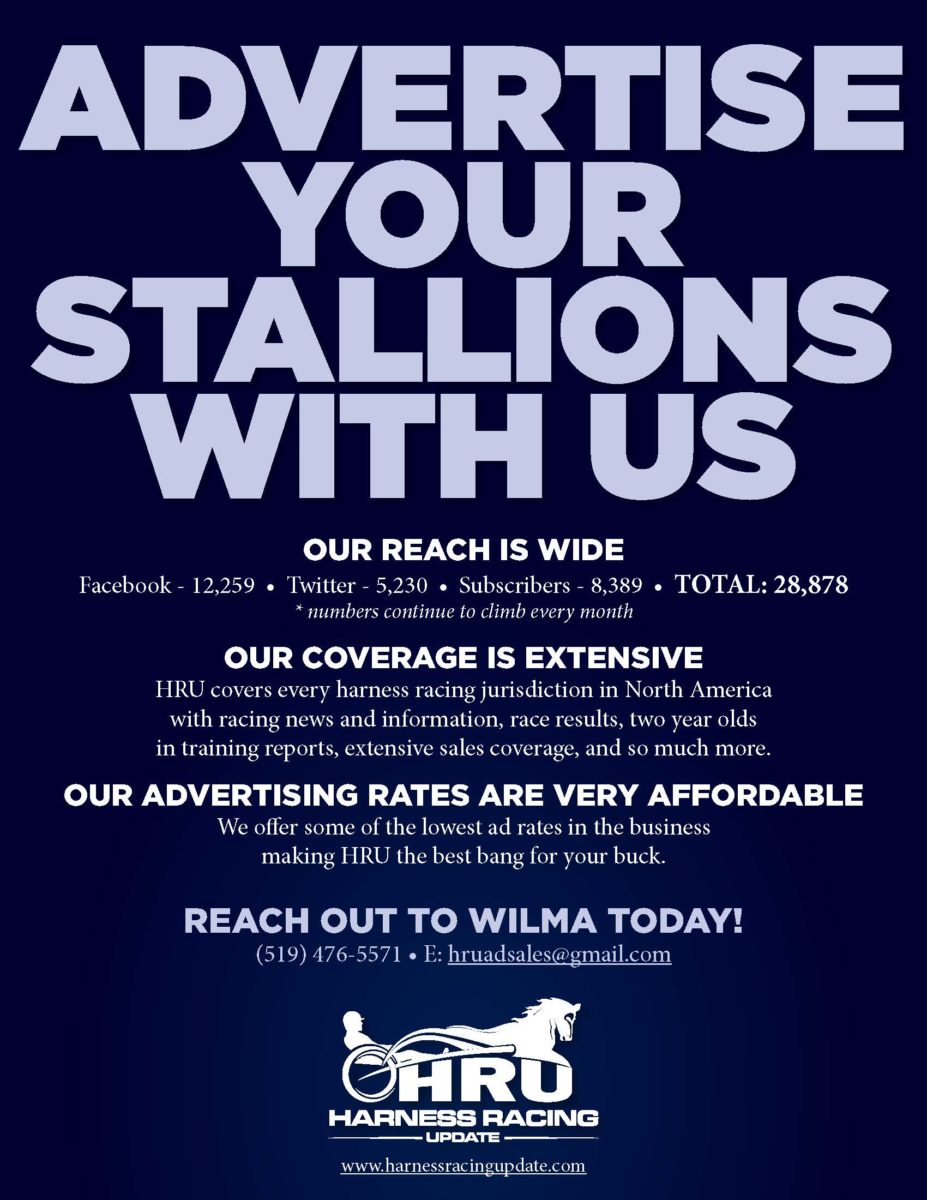 One topic that always seems to be in the public eye, and is buzzworthy, is the quest to attract a new generation of fans, and more importantly, bettors to the sport of harness racing.

Recently, I had the opportunity to bring a complete newbie to a racetrack for a taste not only of the action on the track, but also some of what goes on behind the scenes in the paddock as the horses readied for their races, and I thought it would be interesting to get some of this millennial’s thoughts once the night was done.

The genesis for this 18-year-old young lady’s initial excursion to Mohawk Park was her first date with my son Nicholas – better known in racing circles as “Ace”. Once they made it to the second then third dates, it was inevitable that she’d be joining him at a racetrack sooner rather than later. On the night in question, Ace owned a small piece of Book The Bet, one of the fillies being sent out in a Grassroots race. So he invited his girlfriend Jen along and when we arrived at Mohawk Park we first watched Book The Bet warm up from the paddock, then went in to see her in her stall and spoke briefly with trainer Kevin McMaster.

There was a beehive of activity in the paddock as is normal on race nights and we had to briefly coach Jen where to stand to make sure she was safely out of the way of horses that were constantly moving in and out of stalls. One of Jen’s first impressions of the sport was positive.

“I was really intrigued by the pace that everyone worked at in order to prepare the horses for the race in time,” she said. “Even though they had to work quickly, they don’t seem to forget that horses are still living animals and they seem to treat them with a lot of love and respect.”

Next – of course – was Ace teaching Jen how to handicap, one millennial to another. Some might say Ace was taught by one of the best. Okay, I might say it, but I digress. Jen found the challenge of trying to pick a winner an exercise that she quickly found she enjoyed.

“I do find this very interesting because I have an analytical mind, so I really like analyzing the numbers and comparing them,” Jen said. “I am very proud of myself when I pick a winner.”

So what about the time between races? That’s an issue that seems to be widely thought to be a barrier to getting the instant gratification generation out to the track. Not so with this one, at least, but it may have been partly because she was just learning how to read a program. “I believe that the time between the races are a little short, because there is a lot I must consider in order to pick a good horse,” Jen said. “However, this might just be a skill that I need to develop with more experience.”

Jen said that she could see herself bringing a like-minded friend to the track to introduce them to harness racing, but at the same time she noted that the handicapping process might be daunting for some. “I would bring a friend who also has an analytical mind because I think they would enjoy crunching numbers too,” she said. “However, I think most of my friends and family are too lazy to fully analyze the programs, so they probably won’t be very interested and would be easily discouraged by any loss.”

We watched Book The Bet’s race and she had just enough bad racing luck stalled behind dead cover to miss a check, finishing 6th while pacing her own final 1/4 in :27.2. On our way home, we reflected on Jen’s initial excursion to the harness races and some of the things she liked about it. A bit surprisingly, she seemed to enjoy learning how to handicap best.

“My favorite part about harness racing is analyzing the data and comparing my hypothetical guesses to the actual results,” she told us. “I also enjoy watching them race because I can learn about how the conditions affect their performance and try to keep that in mind when I pick my next horse.”

She also identified the available data and information in the programs as a possible barrier to newbies. “I found the programs a little hard to understand and I think if Nick didn’t explain everything to me, I would’ve been very confused and probably less interested in going back to the track afterwards,” she said. “I think this might be a major barrier for anyone who wants to learn about harness racing by themselves.”

While clearly enjoying the challenge of handicapping, Jen didn’t seem too interested in supporting her opinion with a wager as she only made a couple of bets, none of which cashed, but she did pick a couple of winners in races she just watched. While we may have the hook planted, Jen may be a tough nut to crack in terms of betting. This aversion to wagering is something Ace and I are clearly going to have to work on. It’s nothing that a good Pick 4 score won’t cure.