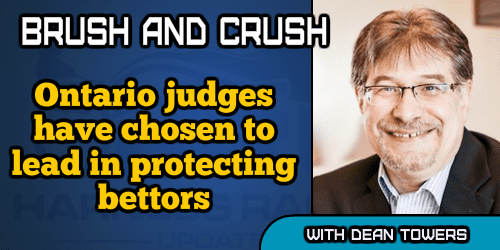 As Brett Sturman has documented a few times, most recently in his March 25 Between The Lines column (full column here), on March 8 a very fast and promising colt named Beachin’ Lindy was racing at Woodbine. The word was clearly out, as bettors were all over the son of Somebeachsomewhere, hammering him down to 3-5.

The Louis Roy-driven colt got away fourth and at that point those watching expected the inevitable first-over move. That move never came. After being hopelessly boxed, the driver and horse shook loose far too late, coming on like a freight train to finish fourth.

Immediately, and not surprisingly, many were up in arms, wondering how a driver could bury such a live horse.

This is something we see from time to time in harness racing. A talented, well-bet animal is not shown racetrack, and fans and bettors complain they didn’t get a fair shake (these complaints are usually of the “harness racing is crooked” variety). Most times, however, nothing ever comes of it; it’s just considered part of the game.

The judges at the AGCO didn’t follow suit, however. A week later they announced the following:

“Louis Philippe Roy was found to be in violation of AGCO rule 22.13- if the Judges believe that a horse has been driven in an unsatisfactory manner, not otherwise specified in these rules, they shall consider it a violation and furnish particulars thereof to the driver, prior to the instituting of any action therefore – 15 day driving suspension April 1st to April 15th.

This type of enforcement of the rules doesn’t happen very often in harness racing in North America, but elsewhere in the world it’s a staple. In fact, a quick Google search finds that near the very same day of the Beachin’ Lindy race, an Australian rider was suspended 18 days for “failing to take a run between two horses that presented when there was sufficient room to do so; an insufficient effort to shift to the outside to obtain clear running occurred; and failing to ride with sufficient purpose.”

This is old hat virtually anywhere else where people are betting on horses.

Why this is so important should be not lost on any of us. Upwards of $2 billion is bet on harness racing in North America, and when the betting handle shrinks, not only do purses fall, but so does the sport’s weight with lawmakers. With no betting handle, harness racing is dog racing; which in many jurisdictions has long said goodbye to slot machine revenue.

Just like your stockbroker has a fiduciary duty when it comes to your money, the participants must realize they have the same duty for people wagering. The betting handle for the Beachin’ Lindy race was close to $200,000; that means something, and it needs to be respected.

There are clearly extenuating circumstances in this case, as well as others. The trainer might’ve asked a driver to bury the horse; the horse might’ve not been on the bit and felt weak; the driver didn’t want to pull and clog up the flow because of that perceived weakness. But that, to me, is meaningless. If a horse is 3-5 he can’t be buried for a teachable moment (that’s what a qualifier is for), and the right line must be pulled. The driver has to go; he or she must put in an effort for the betting public.

I was speaking recently with a respected harness racing insider and had a question. I asked why, at the Meadowlands, there are no instances of drivers breaking the rules by dropping their feet out of the stirrups to strike the horse, while at countless other tracks we see it so often. He mentioned that track owner Jeff Gural told the drivers that if they broke this rule they would not be allowed to race at any of his three racetracks. It was clear, strong and concise.

If the judges treat the burying of a 3-5 chalk the same way, it won’t be a problem any longer. The drivers will know, the trainers will know, and the public will know. The Ontario judges have chosen to lead. It’s up to the rest of the sport to follow it.