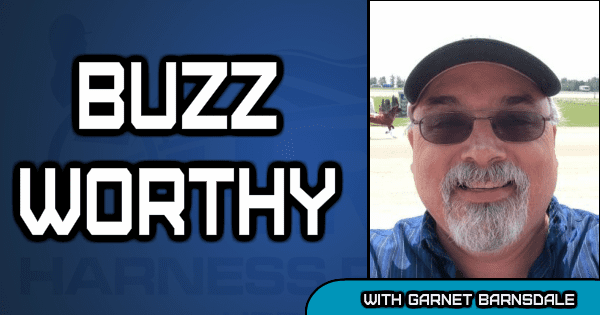 Buzzworthy: Social media lights up over Bert Renaud’s questionable drive at The Raceway

You can check out Race 2 from the Tuesday, Feb. 13 card at The Raceway at The Western Fair District here.

Race two at The Raceway at Western Fair caused a bit of a buzz Tuesday night when the heavy favorite Sweet Ana Hanover rode the pylons the entire mile then finished with pace to be a fast-closing second on the wire.

A Facebook post by bettor Ryan Willis complaining about the drive got predictable responses from sides with differing interests. Bettors who made the four-year-old Dragon Again—Sammys Magic Girl mare 65 cents on the dollar predictably complained that they weren’t given a fair shake when driver Bert Renaud elected to stay on the pylons in third rather than go first up. Horsepeople – including the mare’s trainer Julie Walker — chimed in. Walker noted that her mare tried the overland route the week before with no success: “Maybe she pulled out of the 3 hole the week before and couldn’t get around Lady Oxford, so don’t repeat the mistake again?????”

It was noted that there were several bettors complaining about the drive at the track and that prompted The Raceway’s manager of racing Greg Blanchard to call the judges. “We take these things seriously,” Blanchard explained. “Between some comments and emails directed at me and indirect comments on social media platforms, the negative feedback was substantial. The judges did follow up with me after speaking with him and were satisfied with his explanation. We have a good line of communication with our AGCO officials and feel it’s important to relay customer concerns such as these.”

I will say as both a bettor and an owner I understand both sides of the equation. Based on Sweet Ana Hanover’s past performances, it could be expected that there would be a very good chance she’d be pointed to the front from the advantageous rail post. She has shown plenty of early speed in the past and was making her second start after a vet scratch and moving from the worst post to the best slot.

I also understand horses being driven to “get as much money as they can” for their owners. Here’s the part I don’t understand. There were obviously enough bettors complaining that Blanchard felt compelled to speak with the judges, who in turn questioned Renaud. The AGCO race report noted the result of the investigation this way: “The panel reviewed the race again and spoke to driver Jean-Bernard Renaud and are satisfied with the drive and his explanation.”

Here’s the rub. The AGCO is all about transparency and kudos to them for publishing these race reports on a nightly basis which detail judges’ activity. If you truly want to be 100 per cent transparent, though, don’t the bettors who felt compelled to contact Blanchard deserve to know the details of the driver’s explanation to the judges?