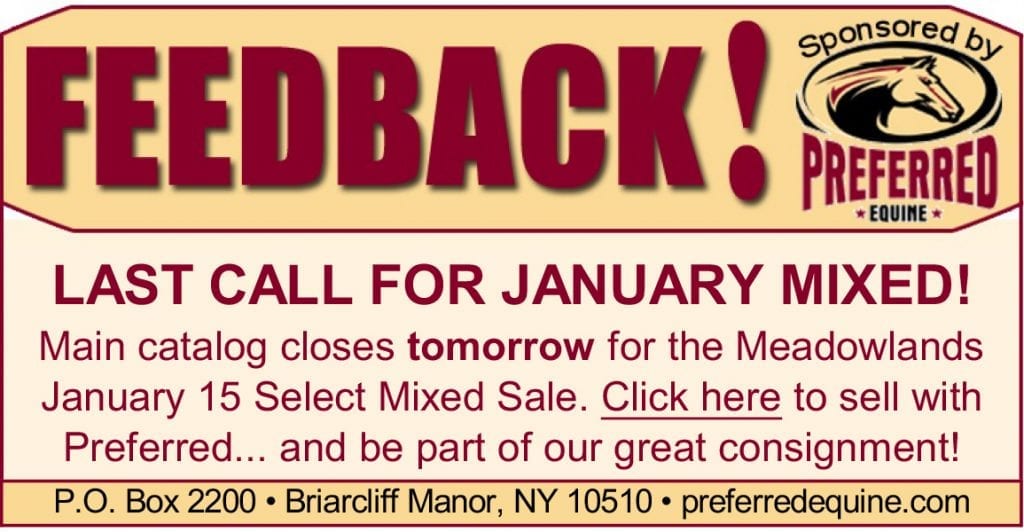 What is the definition of the term, “Post Time?” Many years ago it was the approximate time when the horses were called to the post, or starting gate. While watching a race at Pocono Downs recently I noticed the tote board display said 1 Minute to Post when the Post Parade began. So maybe it means the time of the Post Parade. However, after the announcer finished introducing the horses, he said, “Less than 1 minute until post time.” Then at least 5 minutes later he said it was post time again. But how can this be? They said it was post time 5 minutes ago. Is there more than one post time in a given race? It is very confusing and doesn’t make sense. This is a futile attempt to try to get people to make their wagers early, but it doesn’t work. If you want to continue using this obsolete term, why not let it mean the time of the post parade. Now that would make some sense. Then when you want to refer to the time of the actual race, use the term, “Race Time” the way John Berry does at Pompano Park. He will say, “Race time now just a couple of minutes away.” He will say, “Race time in just a minute.” And that tells people all they need to know in terms everyone can understand.

Thank you Lynne Magee for your story on Tigerama. (full story here) Every owner, breeder, and all others involved in the industry need to be contributing to the aftercare of these horses. I personally know many of them that do. There are efforts under way to organize a Standardbred Aftercare Alliance. Please contact me so everybody can get together on this. We are all tired of the kill buyers getting rich.

Passing judgment on the passing lane

The passing should be abolished, so say some.

It leads to predictable lineups and short prices.

Isn’t this the reason that the lane was instituted in the first place?

The “good old days” of the 1-2 lineup around the track and the result being 1-2 or 2-1 led to some really sort prices and bad races.

People aren’t happy with the lane. They weren’t happy 25 years ago without it.

The horse in the 4 hole can’t reach the leader? How about trying for the lead earlier and racing your horse?

The geometry of harness racing and the sulkies won’t ever change. Maybe doubling the distance the outside horses can start ahead of the inside horses could help but may not be possible. Maybe a purse “premium” to the winner from say, the 6-8 posts.

The lane complaint is exactly what I heard 30 + years ago in reverse. “Oh no, he’s boxed in!” I heard that more times than “He stiffed him again.”

The only other solution is a one-mile straight. No turns, can’t get parked, can’t complain about early position.

It would be helpful to know how much the winning contestant played on a winning ticket (in the Meadowlands’ new Survivor bet). There has been much difference of opinion as to whether a small player has much chance in this bet against a player using the ALL button on many of the first 5 races. It does not have to be exact. But, it would be interesting to know if anyone ever wins the bet with an outlay of less than $5.