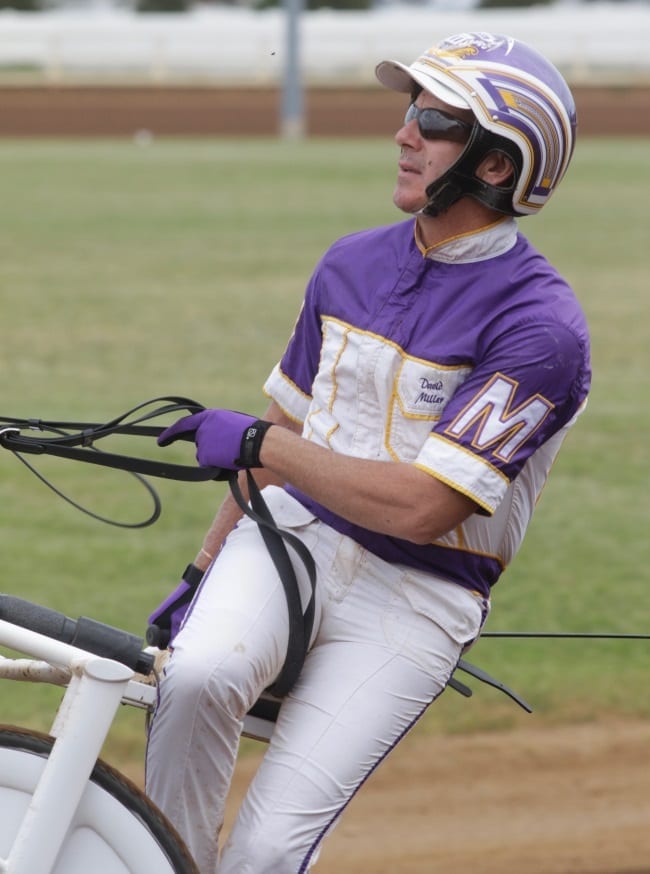 Following the Breeders Crown, which drivers are trending up, which are down and which are consistent compared to the same time last year?

Jason Bartlett, who earns almost all of his money at Yonkers Raceway and in the NYSS, is now second on the earnings list, after leading until Breeders Crown weekend. Bartlett expanded his role in the NYSS this year, topping the ledger with $1.3 million. He and Gingras were the only ones to cross the $10 million threshold by Nov. 1. Bartlett drove in 3 per cent more races and saw his wins remain the same, but his earnings were up an impressive $2.7 million, or 25 per cent, from the same period in 2016.

Jordan Stratton is having a spectacular year. His wins and money are both up an eye opening 41 per cent over the same period last year. And his UDRS rose from 0.242 to 0.287. Stratton is the number two driver at Yonkers. He was 17th on the earnings list on November 1st 2016. He was number five this year.

Aaron Merriman led the dash race by a ridiculous 362 wins through 10 months of 2017. He had 906 wins on 3,910 drives. His drives were up 11 per cent; his wins were more than 12 per cent ahead of 2016; and his earnings were up by more than 14 per cent–a million dollars. Merriman moved up from 9th to 7th on the money list. His UDRS remained strong as it rose from 0.343 to 0.367. The top driver at Northfield and number two at The Meadows is having a tremendous year.

George Brennan, who was voted DOY in 2010 and 2011, is having a terrific year at Yonkers Raceway. His wins are up 19 per cent and his earnings have increased by 30 per cent on 10 per cent more drives. The number three driver at Yonkers, where he moved in late 2010, Brennan moved up from 16th at this point last year to 8th.

Trace Tetrick, the top driver at Hoosier Park, moved from 14 to 11. His wins increased by 16 per cent and his money by 18 per cent on the same number of drives. Tetrick recently won divisions of the Breeders Crown with Fiftydallarbill and Blazin Britches. His UDRS rose from 0.295 to 0.331.

Dan Dube, the number five driver at Yonkers, who was successful with Levy and Franklin winner Keystone Velocity and BC winner Emoticon Hanover, rose from 14 to 9. Dube drove in 11 per cent fewer races and saw his wins drop by 27 per cent, but his earnings were up by $287,000, or 13 per cent.

Doug McNair, who won a Breeders Crown division with the freshman colt Stay Hungry, moved up from number 30 last year to 19. The leading driver in Canada made 9 per cent more drives, upped his win total by 27 per cent and increased his earnings by $1.2 million, or 27 per cent. McNair was the top driver on the WEG circuit and number three in the OSS.

Andrew McCarthy moved up five spots to number 20. His starts and wins were down 10 per cent and 5 per cent, respectively, but his earnings stepped up by 17 per cent. He’s fourth at Harrah’s and eighth at Pocono Downs. Jugette winner Caviart Ally did well for him.

Jimmy Marohn, who was the top driver at The Meadowlands earlier in the year, and is number two at Pocono Downs of late, moved up from 38 to number 22. His wins were up 14 per cent and his earnings 31 per cent on 4 per cent more drives.

Brent Holland, who didn’t make the top 50 last year, finished October at number 23. The fourth leading driver at Yonkers, his wins are already up 35 per cent and his money 40 per cent over his 2016 year-end totals.

Louis P Roy, who made his debut as a regular on the WEG circuit this year, hit Nov. 1 as the number 25 driver. He was second at Woodbine-Mohawk and number six in the OSS.

Yannick Gingras, who was voted Driver of the Year in 2014, should be favored to win that award again in 2017. Comparing his performance during the first 10 months of 2016 and 2017, his wins were the same, while his earnings were down $75,000, or one per cent. Generally, Gingras ascends to the top of the earnings list in August, but this year Jason Bartlett held on until October. Right now the three favorites for Horse of the Year are Ariana G, Hannelore Hanover and Manchego; Yannick drives all of them. This in addition to Filibuster Hanover, You Know You Do, Lady Shadow, Idyllic and Crazy Wow. His main sources for quality drives are Ron Burke and Jimmy Takter. Burke is right in step with his 2016 pace, while Takter, despite Ariana G and Manchego, is well short of last year’s earnings through October. Despite being the leading money winner, Gingras failed to appear on the DOY ballot last year.

Tim Tetrick, who just became the 12th driver to win 10,000 races, is third on the earnings list, just as he was at this point in 2016. He took time off during the winter so his starts were down by 371, or 14 per cent. As a result, his wins also dropped by 14 per cent. Tim’s money was off by $531,000, which translates to 5 per cent in his case. He’s number two at Harrah’s. Nike Franco proved to be a pleasant surprise, but losing Walner so early in the season hurt.

George Napolitano Jr, the king of Pocono Downs and Harrah’s, is another snow bird. He drove in 278 fewer races this year, a 9 per cent reduction. His wins were off 9 per cent and his earnings 6 per cent. GNap, who is a distant second to Merriman on the dash list, dropped from 11 to 13.

Mark MacDonald, who is number six at Yonkers and Number five in the NYSS, had 35 fewer wins and saw his earnings drop by 3 per cent. He got to drive some good horses for Jimmy Takter, leading to a BC win with Pure Country. However, Obrigado, who earned $873,000 last year as a division winner, was zip for six with earnings of $109,000.

David Miller, the DOY the past two years, is in fourth place on the money list, two spots lower than last year. He took the winter off so he made 186 fewer starts than he did in 2016—that’s 17 per cent fewer. Hence, his wins were down by the same percentage. David’s earnings are down $1.3 million, or 12 per cent. His UDRS dropped from 0.324 to 0.306. He drives What the Hill, who was disqualified in the Hambletonian but subsequently won the CTC and BC. Always B Miki, who earned $1.4 million for him last year, has been retired. Fear The Dragon leads the all-horse money list, but he finished eighth in his BC elimination, after winning the Tattersalls Pace and finishing fourth in the Jug. HOY honors no longer seem likely. What The Hill and Agent Q are favored in Saturday’s Erskine and USS Indy. With Yannick leading the earnings list and serving as driver of the top three HOY candidate, it’s hard to see David repeating as Driver of the Year.

Chris Page dropped three spots to 16. His wins were down 15 per cent and his money off 8 per cent on 5 per cent fewer drives. He was the top driver at Scioto Downs. Thirty-three-year-old Page got win number 4,000 at Northfield on Monday.

Brett Miller, who engineered an upset win with Split The House in the Breeders Crown, fell from number six to number 17. Last year he had Racing Hill, the richest sophomore pacing colt in North America, with earnings of $1.5 million. His number of wins was about the same but his earnings were off by $2.2 million, or 31 per cent. Miller has also been driving Homicide Hunter and Tequila Monday.

Matt Kakaley, who won the Dan Rooney and Hoosier Park Pacing Derby with All Bets Off, rose one spot, from seven to six. His starts were down by 2 per cent but he won 19 per cent more races. And his earnings were off by 8 per cent. He also drives Filibuster Hanover and Miso Fast, and was an upset winner of the Kentucky Futurity with Snowstorm Hanover.

Corey Callahan, is at number ten, just as he was last year. The leading driver at Dover Downs, his starts rose slightly, while his wins were up 9 per cent and his money 5 per cent. Driving for John Butenschoen accounted for much of his success. Funknwaffles was one of his better charges.
Ronnie Wrenn Jr went from 20 to 21. His wins were off 15 per cent but his earnings only dropped 1 per cent. Wrenn is number two at Northfield.