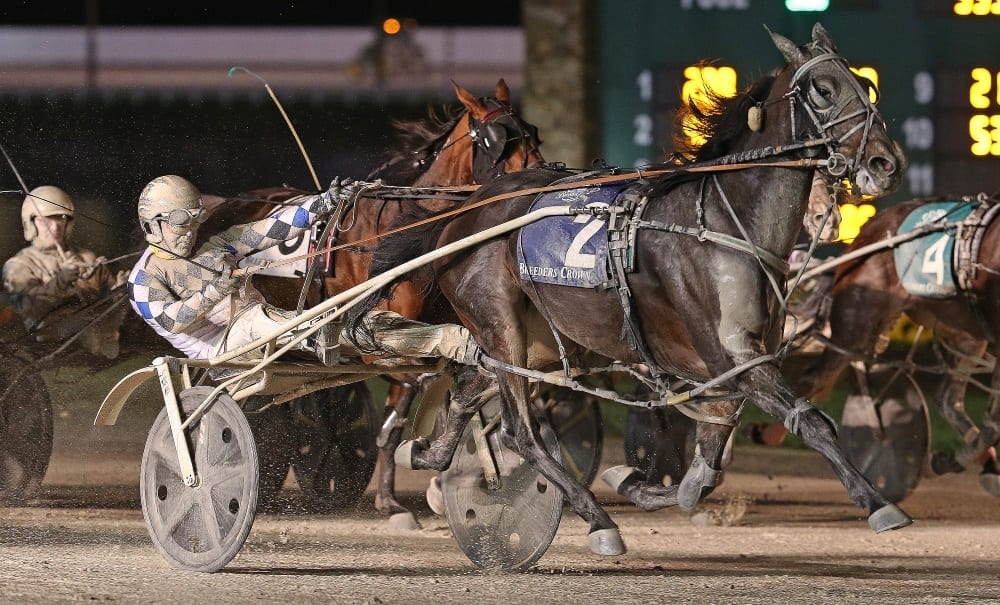 Reflections on the Breeders Crown

Indiana-based writer reflects on the state’s turn in the big league spotlight.

Last weekend history was made at Hoosier Park Racing & Casino as the 34th edition of the Breeders Crown took center stage in Anderson, IN. After a decades-long absence from the Midwest, Hoosier Park owner Centaur made the push to bring the championship event to central Indiana, with the goal of not only showcasing the sport’s best, but also the state’s first – and now harness exclusive – pari-mutuel racetrack.

Leading into Breeders Crown weekend there was a great deal of excitement on the part of local stakeholders that had worked to bring the event to Hoosier Park. And there was a lot at stake for many. Hoosier Park and Centaur had put up $400,000 to host the event. Indiana horsemen also stepped up to the plate and contributed $500,000, no small sacrifice. The Oct. 27 and 28 programs amounted to an audition. Get it right and management proves it has the venue and resources to be considered for future Breeders Crowns. Get it wrong and perhaps be relegated to one-and-done status.

“Our team set a high standard for our expectations for what we hoped the Breeders Crown at Hoosier Park would be,” said Jim Brown, Centaur president and COO. “From our standpoint, it met or exceeded any expectation we had. We understand the stars of the event were the horses, the drivers, the trainers, the connections, but we wanted to do justice to harness racing’s championship races. We just couldn’t be more pleased, and I felt like our team knocked it out of the park.”

Over the years, I’ve witnessed many nights of racing at Hoosier Park. I was in attendance the evening fire marshals turned away patrons after more than 10,000 fans had packed the facility. I’ve been on hand for some memorable Dan Patch cards, rich Grand Circuit programs and compelling Super Night championships. As I spoke with various individuals representing different interest groups, one theme remained consistent: Hoosier Park, and Indiana, got it right.

Staff had promised to bring “Hoosier Hospitality” to the Breeders Crown, and they delivered on that promise in a big way. In my conversations several noted that it was evident everyone involved cared. They cared that the best horses and top horsemen had come to Hoosier Park. They cared that the connections turned out to support their entries. They cared that the fans traveled to Anderson to take in the two evenings of racing. They cared that the media were there to cover the 12 championship races. They cared that, at every point of contact, Hoosier Park management and staff, as well as others representing Indiana, were leaving a favorable impression. It was about more than simply throwing resources at the event and “hoping” it all works out.

It is often said that success is where preparation meets opportunity. Hoosier Park and its dedicated employees met the challenge head-on. Anyone that came out for both nights of racing witnessed Mother Nature at work. The temperature failed to top 45 degrees either night, with rain producing a sloppy track Friday and a snow flurry or two on Saturday. To their credit, the staff were ready for anything and took it all in stride.

Just as the staff was prepared for their moment in the spotlight, so were the horsepeople that regularly compete at Hoosier Park. Indiana-sired horses claimed three of the 12 Breeders Crown events, and it was nearly four winners as freshman pacing colt Shnitzledosomethin fell a neck short. Playing host to the Breeders Crown on Indiana soil was an important statement, and having products of the breeding program take home top honors in multiple races was equally significant.

I’ve had the good fortune to cover Indiana harness racing for more than 15 years. I’ve watched as the Indiana-sired program has grown and advanced from a regional program to one that can compete with the best the sport has to offer. The message to Indiana’s breeding industry is clear: keep the momentum moving forward. Continue to bring Grand Circuit-caliber stallions into the state and nominate them to the Breeders Crown. Breeders, nominate your yearlings each year, not just when the show comes to Hoosier Park. In turn, owners need to nominate and keep their Indiana-sired horses eligible to leave the door open should a horse show he has what it takes to compete. A champion can come from anywhere; let’s show some confidence in our Indiana product.

Bringing the Breeders Crown to Hoosier Park was a dream realized. Hoosier Park and Indiana horsemen, as they have time and again, rose to the occasion and passed the audition. I look forward to seeing the championship return.