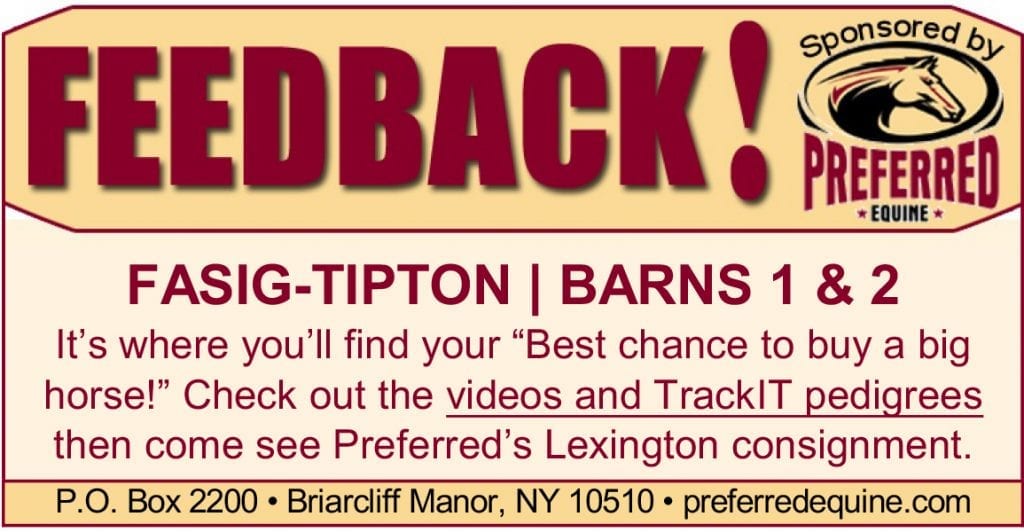 As usual, Joe Faraldo continues to be either a complete apologist for drug trainers (many of whom are his constituents) or imagines that issues are far more complicated than they really are. While desirable, an emphasis and required financial resources from regulators are unlikely given competing fiscal needs and the limited proceeds from wagering at most tracks, including Yonkers. Rules requiring increased owner accountability for trainer choice are not complicated, involve making choices which can be clearly defined and involve no “innuendo or slander” of anyone.They don’t involve discretion or concerns of “favoritism”; they are rules.

He may not like where the lines are drawn but he is free to propose a different or no approach to this issue in his domain. Other jurisdictions and stake sponsors will act to protect integrity and promote accountability. The very weak nature of the objections he raises confirms the wisdom of the proposals. In at least that sense, he has done the industry a service.

While I expected Joe (Faraldo) to agree with (Brett) Sturman, the reality is owners know who the bad guys are. The thing that amazed me over the last four years has been the fact that when we had excluded certain trainers with large stables from racing at my tracks not a single one of the owners called to ask why. How is it possible that a trainer could tell his client that his horses are no longer allowed to race at my three tracks without the owner wondering why?

I think this in itself makes it clear that these owners know exactly why and from what I have seen most of the
trainers we have excluded have seen the number of horses that they are training increase while the honest guys are down to a handful of horses and most of them are really struggling to survive.

Joe also knows that the states are not going to allocate more money for drug testing, however, I do agree with him that having boots on the ground investigations and using appropriate testing protocols at experienced labs will go a long way to solving the problem.

For myself, we are spending about $300,000 this year on various protocols, including out of competition testing to try to make sure that anyone racing at my three tracks is racing on a level playing field. It is not easy to test everyone, obviously, and a degree of luck is required because of the timing nature of these illegal medications but we did come up with two positives as a result of our out of competition testing this year. If Joe was serious, I suggest he reach out to the other leaders of the horsemen in the states that are receiving the $500 million per year subsidy and pass the hat and raise an additional $700,000 to go along with the $300,000 we are spending and I think we could put together a very strong effort with a $1 million budget to rid the sport of cheats. I have put my money where my mouth is and hopefully the horsemen will do so, as well.