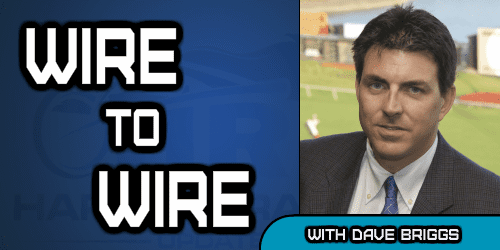 Thinking out loud about that and other recent interesting events in the industry.

Will a group of Ontario standardbred breeders force the former premier of the province and some of his top cabinet ministers to testify in court about the cancellation of the Slots at Racetracks Program (SARP)?

A few years ago, when the breeders filed the lawsuit against the government and the Ontario Lottery and Gaming Corporation seeking $65 million in damages, many would have put the odds at 50-1 or more. But with each legal step slowly playing out in a Guelph, ON courtroom, the odds are dropping precipitously.

In early August, Ontario Superior Court Justice Michael Emery ruled former premier Dalton McGuinty, former finance minister Dwight Duncan, economist Don Drummond, former Ontario Racing Commission chair Rod Seiling and others must take the stand and explain the decision to cancel SARP with little notice and throw an industry — that once supported 35,000 full-time equivalent jobs in the province — into turmoil. The breeders, who made investment decisions after being told SARP was secure in the early days of a renewed five-year contract, felt the biggest blow when the government suddenly exercised its right to cancel SARP with one year’s notice.

Naturally, the government has appealed Judge Emery’s latest ruling and is doing everything it can to prevent McGuinty, Duncan et al. from testifying. But a series of seemingly-damning emails the breeders’ legal team forced the government to disclose about what was discussed when regarding cancelling SARP appears to have been key in bringing us closer to the delicious possibility that the much-disliked tandem of McGuinty and Duncan will have to explain their actions on the stand.

Whether that happens, or not, the breeders, led by the Standardbred Breeders of Ontario Association (SBOA), deserve major kudos for fighting what certainly appears to be injustice and for trying to get the truth on the record about how and why SARP — a program that once delivered annual profits of $1.1 billion to the government — was scrapped .

Ontario’s thoroughbred and quarter horse industries, both of which opted not to sue, are watching closely. But other jurisdictions with slots should be taking notes, as well, for the inevitable day politicians come to alter or cancel the programs in their states.

PA on suspending the horse

Pennsylvania’s decision to allow for a suspension of up to 90 days for horses with Class 1, 2, or 3 positive tests or high TCO2 readings, is welcome news for a state that is trying to address a perceived integrity problem.

Is it a perfect solution? Of course not. Neither is the trainer responsibility rule. But both are necessary in a business in which the tantamount responsibility is to protect both the horses and the customers that bet on them.

Of course, for this to truly succeed, the commission will still have to work hard on improving testing protocols to try to catch up with cheaters who are normally a few steps ahead. That’s not an easy task.

Yes, some say banning the horse will be a further impediment to horse ownership, but the hope is more owners will be drawn to the game if the playing field is closer to being level. Certainly, many have left because they feel they can’t get a fair shake.

In the end, rather than try to tear the rule down, which is the usual course of action in this industry, I hope most participants cheer and support a rule designed to minimize the small number of their colleagues that choose to cheat and steal from them.

Despite the likelihood of legal challenges once the suspend-the-horse rule goes on the books on Oct. 1, I also hope the Pennsylvania Horse Racing Commission follows through and enforces the rule — including the reciprocal provision that it can ban horses from racing in Pennsylvania that received Class 1, 2 or 3 positives or high TCO2 readings in our jurisdictions.

Enforcement of the rules on the books is the best way to prove Pennsylvania is now taking integrity issues much more seriously than in the past.
Customers need to be at the table

Few things irritate me more than people that view the industry as only consisting of participants or tracks.

This week, while resigning from this post as horse racing advisor to Ontario Minister of Agriculture, Greg Walling wrote a letter with some recommendations (full store here). The fourth recommendation, in particular, caught my eye.

Walling is correct. Horsepeople need greater representation among all governing bodies, but he left out the all-important third leg of the industry tripod — the customers, without whom the whole game topples.

Customers also need to be in senior positions in the industry, as well, if we have any hope of hanging on to the ones we still have and hope to attract new ones.

It also should be mandatory training for all people in senior positions in the industry — including horsepeople groups — to better appreciate and try to understand the customers… and always, always, always include them in the discussion.

Is it just me or is the rate of people being outraged about horses being claimed from them on the rise?

Perhaps social media just exposes that sentiment more and perhaps a lower horse population overall exacerbates the problem, but I keep seeing posts authored by ticked-off folks aghast at someone having the audacity to claim their beloved pony.

I certainly understand being emotional about losing a horse, but being angry about having your horse claimed completely confounds me.

This is a business. If you don’t want to lose your beloved horse, don’t drop it in a claimer, especially when there can be a perception — rightly or wrongly — that a horse well-known to be beloved by its connections can sometimes gain a racing advantage by being dropped in a claiming class where they can easily earn money without fear of being claimed. The fact that they can be claimed is the great equalizer to that behavior and in the best interest of fairness.

I know we still have a lot of big racing left in the year, but I’m really starting to miss 2016.

Sure, we were really spoiled with battles between Wiggle It Jiggleit and Always B Miki, a trotting Triple Crown winner in Marion Marauder and a talented sophomore pacing colt in Betting Line, among other stakes stars.

But, so far, 2017 has lacked pizzazz. Outside of Fear The Dragon v. Huntsville v. Downbytheseaside, there’s been few truly interesting rivalries, yet. Even more glaring is the fact there’s few horses that can match last year’s star power, except for, maybe, Fear The Dragon or Ariana G. Even Hannelore Hanover and Marion Marauder, so far, haven’t reached the heights they did a year ago.

It all adds up to be a bit of a blah racing season, so far.
Here’s hoping some stars and rivalries develop in the second half of 2017.