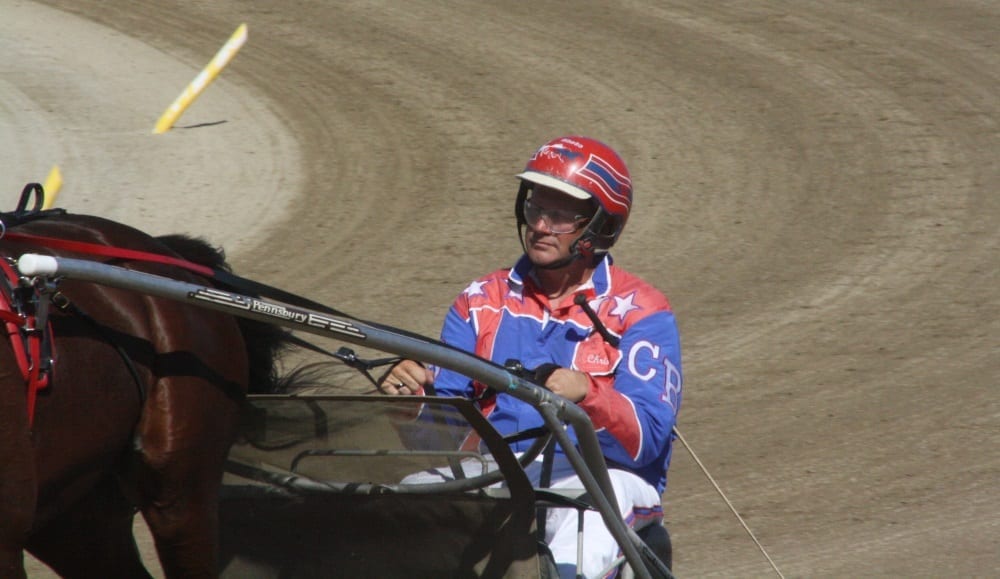 Filly returns to the family and currently sits atop the Ohio Sires Stake Standings.

Ohio-based trainer Chris Beaver, along with his parents, Charles and Johanna Beaver, have enjoyed much success over the years with homebred trotters and the three-year-old filly trotter, Gabbysloosechange, is adding to that success. What makes her story unique is how the daughter of Triumphant Caviar—Gabby’s Creditcard came back to the Beaver Stable.

“My parents sold her at the Ohio Selected (Jug) Sale. The owners couldn’t get her to go, so they sent her to the Amish,” said Chris Beaver. “Since she was the first foal (out of Gabby’s Creditcard) we wanted to get her back, so we found her and bought her back.

“She went to Florida and my dad got her to trot. He deserves all the credit, he’s the one that figured her out.”

Unraced at two, Gabbysloosechange now has five wins and has amassed $68,500 in just seven career starts and sits atop the Ohio Sires Stakes (OHSS) points standings for three-year-old filly trotters.

The Beaver family has a long history with the maternal side of Gabbysloosechange. The Beavers owned and bred the dam, Gabby’s Creditcard ($135,694), the second dam Lotstoliveupto ($147,038) and the third dam, Lookslikenorma ($219,242).

“Her pedigree goes all the way back to my grandfather (Henry) and Success Norma (a foal of 1962),” said Beaver.

On the paternal side, the 45 year-old Beaver trained her sire, Triumphant Caviar ($796,794), who finished second in the 2009 Breeders Crown Final behind Muscle Hill and established a new world record in the Old Oaken Bucket at the Delaware County Fair.

“(Triumphant Caviar) has shown the ability to throw some nice foals,” said Beaver.

Triumphant Caviar has produced 13 $100,000 earners in his first three seasons at stud.

Beaver hopes Gabbysloosechange will be the next name added to that list.

She made her career debut at Miami Valley Raceway on April 10 with a solid second-place finish, beaten by just a length and a quarter and timed in 1:59.3.

She would face much tougher competition in the first leg of the Ohio Sires Stakes at Miami Valley Raceway on May 1. Piloted by Dan Noble, Gabbysloosechange was parked for most of the mile, but gutted out a two-length victory in 1:57.2.

She took the second leg of the OHSS at Northfield Park on June 17 in a lifetime best 1:54.4.

Gabbysloosechange remained undefeated in OHSS with another first-over effort in the third leg at Scioto Downs on July 14.

“She doesn’t strike you as a great horse when she trains. She only does what she has to,” said Beaver. “In a race, she likes to grind. She likes it on the outside. I think she needs to see someone next to her.”

By winning the first three OHSS legs, Gabbysloosechange is assured a spot behind the gate for the $250,000 Ohio Sires Stake final on Sept 3. Beaver may find himself very busy that night as he currently has two other sophomore filly trotters that he trains and co-owns in the top eight in the points standings — Chim Swift ($148,770) and Bamaslastchance ($102,861).

“We don’t have any real superstars in the stable, just a lot of nice horses,” said Beaver. “Nothing jumps off the page right now, but several are real close.”

Due to the late start of Gabbysloosechange, her future stakes engagements are limited.

“I want to race her in an overnight next week, then we have the Ohio State Fair (August 4), the final Ohio Sires Stakes leg (Aug. 25), the OHSS final (Sept. 2) and the Ohio Breeders Championship (Sept. 18),” said Beaver.