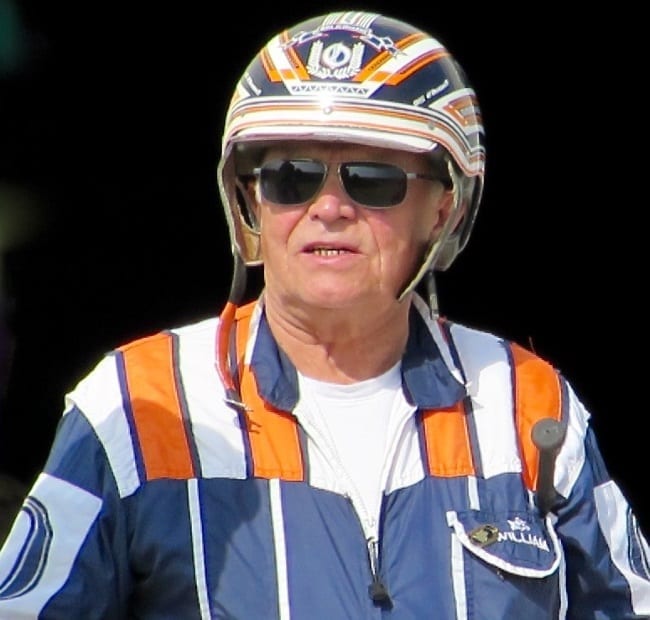 The COSA president talks about NA Cup admission, Mohawk improvements, the future of racing at WEG and the decision to retire from driving the same day his friend John Campbell does the same.

Bill O’Donnell has a few suggestions for the Woodbine Entertainment Group (WEG) on improvements to come at Mohawk Racetrack and how they can make the Pepsi North America Cup card better — but he doesn’t quibble about WEG’s decision to charge $10 admission on Cup night.

“I went to the Prix D’Amerique and it was $35 dollars to get in there. The Jug, everyone goes down there, what do you pay? Fifty bucks, maybe?” said O’Donnell, the multiple Hall of Famer and president of the Central Ontario Standardbred Association (COSA) that represents the horsepeople that race at WEG.

In typical O’Donnell fashion, he had a story to illustrate.

“We went to the Jug one time and they dropped us off at the wrong gate, me, (Jack) Moiseyev, a bunch of us. We had our driving bags and said ‘We’re racing today.’ They said, ‘Yeah, 30 bucks.’ So, we just gave him 30 dollars. That’s the way it is. You want in? Thirty dollars. If you don’t, go on home or sneak through the fence, I guess. It’s easy to pick things apart,” O’Donnell said, referring to some who are upset that WEG charged to get into this year’s Pepsi North America Cup held last Saturday.

“It’s not the old WEG that it used to be. They don’t have the money they had (in the slots era),” O’Donnell said. “We’ve got to do what we can to support this event. We can’t have everything for nothing. I didn’t pay to get in, but I would have, for sure.”

However, O’Donnell did have a few other suggestions about making the NA Cup a more fan friendly event.

“I think 15 races was too many,” he said. “If they started the races at 6 and ended them at 10, and then maybe started the (Kira Isabella) concert after (it might have been better). She’s really popular, but they said there weren’t very many people there (at 5 pm). Well, that’s a bad time of day for a concert.”

As for WEG making the move to race at Mohawk full-time starting in 2018 and leaving Woodbine permanently, O’Donnell said COSA members are mostly in favor of the decision, though some are concerned about leaving the Greater Toronto Area (Mohawk is considered to be outside of the GTA to the west of the city).

“Well, we kind of support it, I guess, but it depends on who you talk to,” O’Donnell said of the permanent move to Mohawk. “If you talk to 10 people, nine people say they hate it at Woodbine. It’s all you heard for the 16 years I’ve been up here, ‘I hate Woodbine, why are we racing there?’ Then when they say we’re not racing there, it’s, like, ‘Oh, we can’t do that.’”

As far as the some $10 million in promised improvements to Mohawk, O’Donnell also has a few suggestions.

He would like to see some of the money spent on the maintenance shed — “that came from Garden City, so you know how old that is” — and he would like see the paddock winterized and expanded to house 12 races.

“I went to Pocono and Philadelphia. I’m going to Dayton, Ohio to have a look at their (12-race) paddock,” O’Donnell said, adding that WEG has been a willing partner. “We’re part of the conversation, let’s put it that way. It’s not just build a building and say ‘Here you go,’ we’re part of this design.”

O’Donnell’s biggest concern is about the process to select a casino company to take over the Mohawk slot hall from the Ontario Lottery and Gaming corporation (OLG).

“I think that’s the wildest card, when you start dealing with a public casino company versus OLG. There’s a big difference in how much they want to pay you for rent, I’d bet. It’s all about profit. But, we’re still in the game.”

Personally, O’Donnell will officially bow out of the driving side of his career on July 30 after competing in the Legends Day Trot on July 30 at Clinton Raceway. It will also be the final career drive for his friend and longtime rival John Campbell, who is retiring to become the president and CEO of the Hambletonian Society.

O’Donnell said the decision to retire together was an idea first hatched in Las Vegas in February during the Dan Patch Awards.

“We were down in Vegas for the Dan Patch. John and I and Dave Miller were standing there and John said, ‘Dave’s coming to Legends Day’ and I said, ‘Good, he can take my place.’ I don’t want to (drive) anymore…’ So John said, ‘Let’s do it together, our last drives,’” O’Donnell said.

Considering O’Donnell has only had a handful of drives in the last five years — most of those for fan events — he said he isn’t bothered by the fact Campbell, who is still driving regularly, is getting most of the attention for making his last drive at Clinton.

“I don’t mind it. I made $98 million on (Campbell’s) coattails,” O’Donnell said, laughing, adding that he’s been trying to officially call it quits for a few years and came close in 2013 after winning the $10,000 Mr. and Mrs. Elbridge Gerry Memorial Trot for Hall of Fame drivers at the Goshen, NY Historic Track that is located behind the Harness Racing Museum & Hall of Fame.

“After I won there that one year I said, ‘That’s it, I’m all done,’ but then they call because they have trouble getting eight guys (for the race). (Museum trustee) Ebby Gerry has called and it’s hard to say no to him, but I’ll break it to him this year (at Goshen) that this is it,” O’Donnell said.

In the 1980s, when the sport was flourishing at the Meadowlands Racetrack in New Jersey and the concept of hired-gun catch-drivers was in its infancy, O’Donnell and Campbell battled at the top of the sport like few drivers had before them and few have since. It was during that era that O’Donnell earned the nickname The Magic Man for his wizardry in the race bike.

“Billy at his best was better than any driver I have ever seen,” Campbell said in 2001, the year Legends Day debuted. Legends Day, which this year is raising money for the Clinton Public Hospital Foundation, has been held every two years since and will celebrate its ninth edition this year. O’Donnell has never missed it.

“It’s just refreshing to see everyone is there for harness racing. These are fans,” O’Donnell said of Legends Day. “It’s a great day. You get to see people you haven’t seen for a long time.”

Combined, the eight legends have earned over $1.15 billion and won nearly 69,000 races.
Fellow legends Bud Fritz and 93-year-old Keith Waples — both of whom are retired from driving — will also be on hand for an autograph session.

O’Donnell said it’s nice the legends get along so well off the track.

“We’ve always been comrades. The racing was competitive on the track, but we all get along, pretty much, in that age group,” O’Donnell said, adding he once learned an important lesson from fellow Hall of Famer Herve Filion, who died this week at age 77.

“If you had a conflict with a guy one night, you’d have a coffee with him the next night. No big deal. Herve used to say, ‘turn the page’ and I think everybody learned from that. That’s good advice.”

O’Donnell said he is honored to hang up his colors at Clinton and be there when Campbell does the same.

“I think it will be a big deal,” he said. “That’s where John started. That’s his area.”