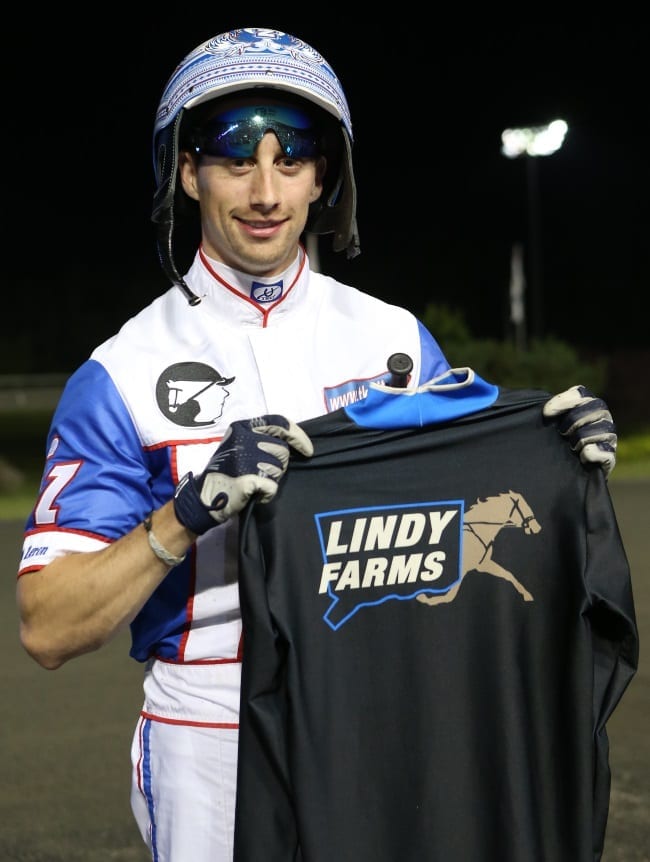 Mutuel favorite Enterprise, who trekked into the race unbeaten in five starts, came up empty down the lane, opening the door for a family affair of sorts.
At the wire, International Moni, the betting public’s second choice, notched a head victory over 50-1 longshot Mass Production, who was gobbling up ground to the outside.

Perhaps not the ideal gift heading into Father’s Day tomorrow, but no doubt a memorable score for the younger Zeron.

“I didn’t mind where I got away,” said Scott. “My horse is really handy. I can put him in those kinds of situations. You can never anticipate what’s going to happen. My father floated out with that horse and it put me in a bad spot early, but down at the wire he was coming a million miles an hour.

“I felt like I was an easy, easy winner and I didn’t pull the plugs. Good thing I could hear my dad screaming behind him and I pulled (the plugs) and he went on again.”

Did the elder Zeron say anything after hitting the wire?

A three-year-old homebred son of French stallion Love You out of the late and incomparable mare Moni Maker, International Moni, trained by Frank M. Antonacci, came into the final off an impressive effort in his elimination on June 9.

Ninth and last at the start, and still seventh at the stretch call, the bay colt, at 14-1, was flying down the lane in his elimination, getting up to record a neck win in 1: 54-flat heading into the final.

Tonight, it was another strong rally, albeit not as far back as last time, that delivered breeder-owner Moni Maker Stable the winner’s trophy.

International Moni also won consecutive races for the first time in his career, earning his third career win from 14 starts. He sports career earnings of $290,837.

“All of the horses mean a lot to us, but he’s something special because he’s homebred, he’s Moni Maker and it looks like he’ll be great,” said Antonacci, who is pointing his improving pupil towards the Hambletonian in August. “We are very happy how he’s been training and how he came back this year and we’re looking forward to the big ones.

– with files from WEG