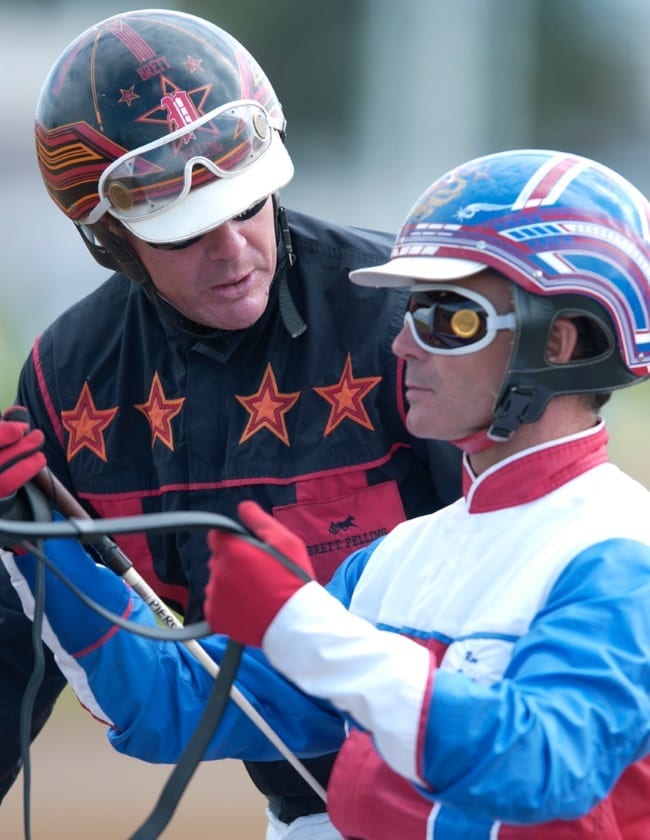 Some people will like Brett Pelling’s words, but human nature dictates they won’t stomach the implementation

There are a couple of kinds of disruption in today’s business and sports world – positive and negative — and I’m sure you’ve heard or seen examples of both.

Uber, the ride sharing service, is currently negatively disrupting the age-old taxi industry, and no matter what happens from here on out, it will be forever changed. Positive disruption is exemplified with companies like IBM and Apple, who, as computer makers faced with new mediums like mobile phones, changed the way they did business and transformed their brands through internal, positive change.

I was chatting a little bit of politics with Tom LaMarra (a harness fan and writer, formerly of the Blood Horse) recently on social media. Tom noted that racing could probably use a “disruptor” – someone to throw out new ideas, challenge the status quo, and be given power to change the sport. I, like many of you do, tend to agree. Harness racing has gone through negative disruption already, so maybe forcing positive change by taking control of the industry is the way forward.

One person who doesn’t seem to have much trouble carrying the disruptor banner in harness racing is Brett Pelling. Pelling was recently interviewed in Harness Racing Update (full interview here); and as one never afraid to mince words (a characteristic of the modern disruptor), Brett let loose on a few topics.

“(Drivers) don’t give anything to the sport. Very few of them actually invest in the sport.” Brett said the fee structure should be changed to give trainers seven per cent of the purse and drivers three per cent.

Let’s examine that, from a business point of view, as dispassionately as we can.

Pelling is correct when he says trainers invest in the sport, and I think that’s indisputable. Ron Burke owns pieces of virtually every horse in his barn. The Takter stable has pieces of almost every yearling. If we open the program for smaller tracks, from Maine to Alberta to Pompano to Cal Expo, almost every horse will have an owner/trainer.

If trainers get an extra two per cent, that’s about $10 million invested back into horseflesh, which props up the flailing foal crop and breeding end of the business. At the very least, Pelling is not 100 per cent wrong, is he?

Pelling’s next shot across the harness racing bow centered on the use of super-fast sulkies, which have been the rage for about 15 years now.

“Someone asked me for one thing in the sport that I would roll back. I think every racetrack should have 10 Jerald (sulkies) in 10 different colors (that are coordinated with the post position color). Load them up and go. This whole thing with the bikes and the seats is just wrong and not good for horse racing.”

Again, I don’t think anyone can argue Pelling doesn’t have a strong point.

Modern racebikes have transformed racing, and they’ve improved final times, but that doesn’t mean it’s been for the better. For our latest example, all we had to do was watch the stakes races at Chester this past weekend. First quarter position was paramount, because speed (especially on smaller tracks) carries, and carries and carries.

From a business and industry perspective, and looking at what Pelling said from 1,000 feet above, I think the vast majority agree that on principle, his words have merit. When we move from 1,000 feet to ground level and start to get to work on implementing them, though, the disruption breaks down.

“Drivers are my friends, so I don’t want to see them hurt. They deserve five per cent.”

“I paid $7,500 for my racebike. I like leaning back in the bike, too. No one is going to take that away. And what about the businesses who make these racebikes, what will they do?”

“Change is fine and I agree we need it. But I want the other guy to change first.”

In the end we have the modern disruption problem, and why there are so few Apples and IBMs who enacted positive change from within, and so many Kodaks who did not. People want change, and they know they have to change, but they don’t want to embrace it, because someone, somewhere, will inevitably lose.

This is not a harness racing problem, it’s human nature.

Harness racing needs a disruptor to force change, yes. But it also needs an audience that realizes it’s an absolute certainty that when change comes there will be winners and losers. And one of the losers might be them.

That, no matter who is doing the disrupting, has always been a very hard sell.