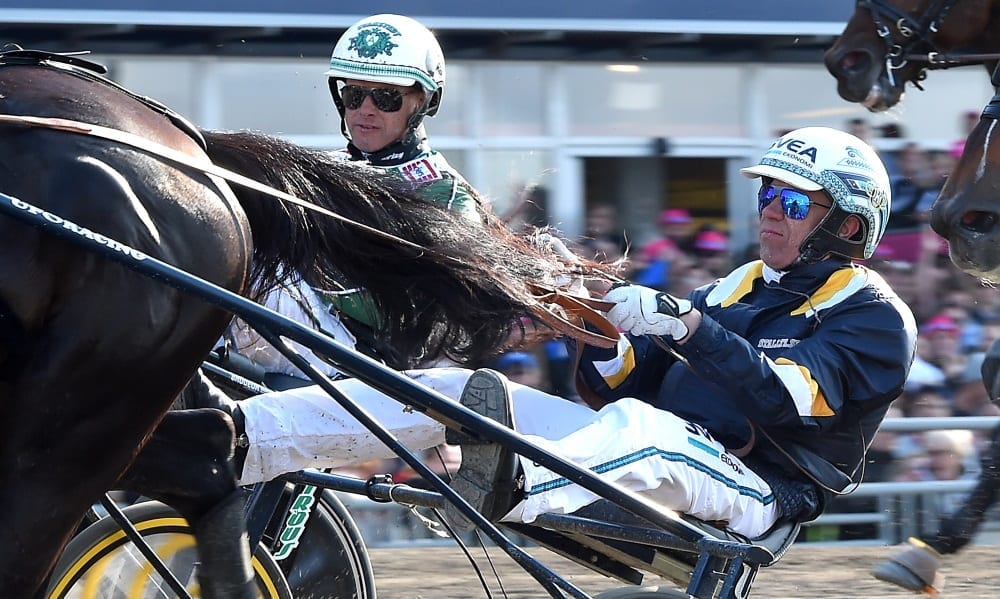 Swedish top driver Örjan Kihlström has won almost everything you can win regarding big races around the world and Friday, March 31 became another day to remember for him when he became just the sixth driver in Sweden to reach 6,000 victories — and did it at his home track, Solvalla.

Many fans consider Kihlström to be one of the best drivers in the world and his record includes three victories in the Elitlopp, one in the Prix d’Amérique and one in the Breeders Crown in the U.S. with Commander Crowe in 2014.

No news about kidnapped horses in Italy

It’s been over a month since the two Italian horses Unicka and Vampire Dany disappeared from their home at trainer Erik Bondos’ farm Scuderia Wave outside Pisa in Italy.

Unicka, by Love You, was predicted to have a great future after her victory in the Italian Derby last year, but the police has still no clue about what has happened to the horses.

“We must be sure that the horses come back to the tracks, we owe that to the owners and the Italian harness racing (industry),” the Italian investigator Edoardo Fanucci recently told the newspaper Il Tirreno.

Unicka and Vampire Dany disappeared from the farm on the night of March 7 and no one has heard a word after that. It’s a mystery and very unpleasant for everyone involved.