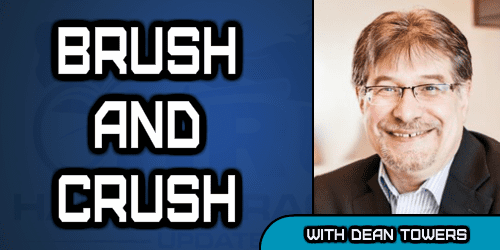 When you reward drivers for not leaving the wood, they don’t.

Over at the View From the Racetrack Grandstand blog, Alan posed an interesting question this week (link here): “Do you have an opinion regarding the inside passing lane on a 5/8ths mile track?”

On half-mile tracks, five-eighths mile tracks, on any size track; whether the track is in New York, New England, or New Glasgow, NS; if the racetrack is on Earth, on Mars or on that new planet they just discovered — I hope and pray to the harness racing Gods that I never see another passing lane. Phew, I’m glad I got that off my chest.

I think the theory behind passing lanes was always somewhat sound. Because a patron’s horse was boxed, and he or she complained, track executives decided it might be a good idea to give their horse a free pass up the wood. A happy customer is a paying customer, after all. Owners – who can probably be described as customers, only they have a vet bill in their pants pocket – didn’t seem to mind this change either. It truly did make some sense.

Empirically, passing lanes have done what they’re intended. Anyone who watches a race on a half knows this, but even on big tracks where they’re less effective, the numbers seem to point to the same thing. At Hoosier, 21.7 per cent of pocket horses went on to win in 2016 while taking advantage of the newly-constructed passing lane; this from 19.4 per cent in 2015 (data courtesy Ray Schell).

But, it’s unfortunate this is a racing policy that has worked.

Back in the early 2000’s, a case study was done for the Racetrack Industry Program which examined race competitiveness in thoroughbred and standardbred racing. Its conclusions were pretty obvious. Harness racing is a sport which is predictable and easy to figure out. The chaos in a harness race simply isn’t there, and this is reflected in (a lack of) handle and interest. Increasing variance – more competitive fields, deeper racing, more movement, and more pace – is needed.

Today, race competitiveness might be at an all-time low. Speed horses take the front at very short prices, few challenge them, and the horse pays an even lower price than he or she did 10 years ago. You can barely find one or two tracks in North America with under a 40 per cent favorite win percentage. With 20 and 25 per cent takeout, this has been, and is, a recipe for disaster.

For a sport that is plagued by short prices and predictable racing, a passing lane makes things worse.

If a horse in the pocket at the quarter is very live but sitting behind a decent colt or filly, that driver will often stand pat at tracks with passing lanes. The horse in the three hole – who may be 10-1 – probably won’t move, either. By the time the four-hole horse gets flushed, the half ticks off at :57.2 and Bob’s your uncle. When a tiny $39 trifecta after the :54.2 back half is paid out (yet again), bettors are looking for the nearest thoroughbred track to bet.

What may be worse is that even the tracks who don’t officially have a passing lane, unofficially do. I don’t think we’ve watched more than a handful of races where a driver whose horse is spent does not move a few paths out at the head of the lane to let the horses behind him have a clear pace or trot to the wire. This is supposed to be against the rules, isn’t it? The next time I see a “passing up the inside” violation called I’m going to buy a Powerball ticket, because lightning is striking the head of a pin somewhere.

What’s interesting about the above, in my view, is that many of the same folks who created this policy that discourages outside flow, complain that harness racing has no outside flow. Go figure.

A few tracks who have not acquiesced to passing lanes seem to stick out.

“I’ve been playing Miami Valley, which I believe has the best 5/8’s track in the country — longer stretch, no passing lane, good payoffs, and the favorites are winning at 32 per cent. The outside flow is much better there than most harness tracks. Overall the racing is good and not having a passing lane helps.”

There’s a track I might have to check out.

Back in 1998, Piron and Smith wrote a study for the Journal of Economic Behavior and Organization called, “Testing Riskloving in an Experimental Racetrack”. The article noted that it’s racing’s job to “bring together horses and purse money in a way to encourage people to bet on those horses,” and to maximize this purse money, there should be a goal to create competitive races that, “in a perfectly handicapped race, all horses would finish in a dead heat.”

We all know that’s never going to happen. However, the goal is not a specious one.

With that, I offer a harness racing golden rule to all decision-makers:

If a proposal comes across your desk that makes harness racing more formful, creates less movement, aids in a slower pace, and makes the races more predictable, not less predictable, just say no.

A good first step might be getting rid of your passing lane. Rewarding drivers who don’t pull can result in some pretty boring harness racing.