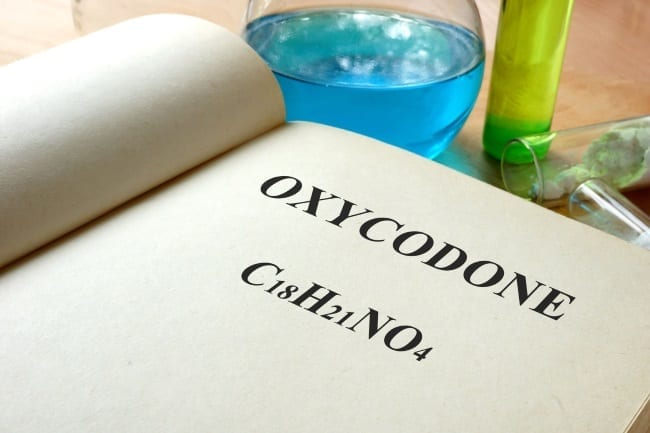 In other developments, Pennsylvania’s director of standardbred racing explains why Lou Pena has been granted a conditional license.

Fines and suspensions for Oxycodone positives in Pennsylvania for trainers Rene Allard, Kevin Lare and Brad Irvine have been rescinded by the Pennsylvania Horse Racing Commission (PHRC) due to “mitigating circumstances.”

In other relatively recent developments, controversial trainer Lou Pena has received a conditional three-year license in Pennsylvania and major Cobalt positives in Maine have been upheld by the Superior Court.

Asked why the fines and suspensions have since been rescinded, Brett Revington, the director of standardbred racing for the PHRC, wrote in a statement that, “As a general rule, the Pennsylvania Horse Racing Commission does not release or disclose information regarding underlying investigations related to drugs/medications or the legal, factual or regulatory basis for ‘mitigating circumstances.’ With analytical input from the Commission’s lab and a review by the Commission’s counsel, at this time, the PA Horse Racing Commission feels more research was needed concerning the drug Oxycodone. Funding has been allocated to conduct a comprehensive study which should be completed at the end of 2017. Please note, that while the trainers’ original penalty has been rescinded, they were not entitled to, nor did they receive, the purse money since the presence of Oxycodone was found.”

Revington also wrote that Pena — a man with 10 positive tests listed under the USTA’s “major rulings report” section going back to 2000 — was granted a three-year conditional license on Feb. 14 by the Pennsylvania Racing Commission’s Bureau of Standardbred Racing.

“The commission has not made this decision lightly or quickly, but deliberately,” Revington wrote. “Clearly Pennsylvania law allows Mr. Pena the opportunity to be granted a license and race in the state. Recent legal rulings have upheld the rights of horsemen to do so.”

Revington also wrote that Pennsylvania “will treat Mr. Pena and his horses with scrutiny, as we do all horsemen at our tracks, to ensure the integrity of our races… If he doesn’t abide by the strict rules of his conditional license to race in Pennsylvania, the Horse Racing Commission will take appropriate disciplinary action.”

Meanwhile in Maine, a Superior Court judge has denied an appeal of major fines and suspensions for Cobalt positives.

The MSHRC ruled in June of 2016 that Vafiades, Bickmore, Campbell, as well as Patricia Switzer, Stephen Murchison, Allison MacDonald and Frank Hiscock all violated Maine’s CMR 01-026, Chapter 11 rule due to elevated levels of cobalt found in the blood samples taken from horses following races in March April and May, 2015 at Scarborough Downs.

MSHRC executive director Henry Jennings wrote in an email to Harness Racing Update this week that, “The department and four licensees, Vafiades, Bickmore, Campbell and Switzer, agreed to consolidate a group of 32 positive cobalt results which represented the majority of the initial positive tests. The consolidation of the cases allowed all parties involved to avoid 32 separate hearings covering the legal status and the scientific evidence about the nature of Cobalt. The Commission ruled that the positive tests constituted violations of trainer responsibility requirements and use of a prohibited substance. Three of the licensees then appealed the Commission Decision to Superior Court where Justice Lance Walker issued a stay of the Commission’s ruling pending judicial review. On March 8, 2017, Justice Walker denied the appeal and affirmed the Commission’s ruling.”

In light of the court decision, Jennings said the MSHRC was scheduled to revisit the stayed penalties in its monthly meeting that was held Thursday (March 30). No details from that meeting with regards to the Cobalt penalties were available prior to press time. Jennings added that he had not, yet, heard if further appeals of the penalties were planned.

Walker’s ruling said, in part, that the “petitioners raise three primary arguments attacking the Commission’s Decision: I) There is no competent evidence supporting the determination that cobalt affects the performance of horses; 2) Petitioners did not receive fair notice that Cobalt was a prohibited substance in violation of their due process rights; and 3) Heightened penalties were imposed on them for second and subsequent offenses for which they had not received fair notice of the first offense.

“The court determines that the record contains competent evidence to support the Commission’s conclusion that Cobalt enhances performance. Specifically, there is competent record evidence from which the Commission could have concluded that Cobalt aids in the prevention of tying up which, in turn, increases racing performance through the avoidance of painful muscle cramping.”

“Furthermore, the Commission was not required to draft a rule categorizing Cobalt, as a prohibited substance. Sufficient due process was provided through the hearing process at which the Commission determined Cobalt enhances the performance of horses and that it was present in petitioners’ horses at concentrations in excess of what naturally occurs in horses.

“Finally, the court notes that the Commission is acting within its mandate by essentially placing the onus on trainers to refrain from administering substances to their horses unless they know exactly what the substance can do. Should trainers mistakenly or innocently administer substances that affect the performance of a horse, they are liable for penalization according to the Commission’s rules.”

As for the contention that heightened penalties were unfair, the court ruling said, “Given the lack of evidence and argument demonstrating that the second and third rounds of testing were improper, petitioners have not met their burden of proof to demonstrate that their due process rights were violated by Commission’s failure to provide notice immediately after receiving the test results on May 4, 2015. Absent such evidence, petitioners cannot demonstrate that their due process rights were violated because the third round of test results was not received until May 27, 2015, and petitioners’ latest violations occurred on May 16, 2015.”