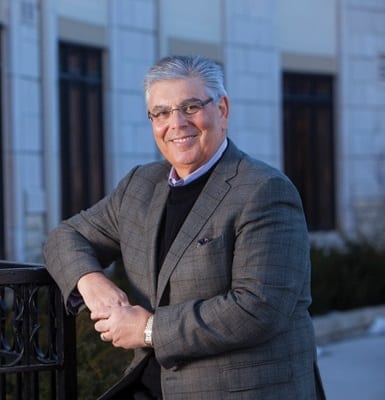 Katz speaks out against Gural Rule

The prominent owner and breeder said the rule has cost him millions and he wants Gural to drop it.

Marvin Katz said he and George Segal likely have lost millions of dollars due to the Gural Rule and they are asking Jeff Gural to scrap the rule entirely.

“We have paid an enormous price for the Gural Rule and we have no mechanism to ever be made whole,” Katz said. “To continue asking us to support this misguided and inappropriate rule is wrong and I want Jeff to seriously reconsider the rule. It’s wrong.”

Monday, a day after Harness Racing Update (HRU) published a story about the Gural Rule (click here for full story), Katz, a Toronto-based owner and breeder, phoned and requested HRU publish his thoughts on the rule that bans the first crop of offspring of stallions that went to stud at age four — and did not receive a medical exemption — from racing or qualifying at three tracks owned by Jeff Gural: the Meadowlands, Tioga and Vernon Downs.

“I don’t speak out very often, but I feel we’ve reached a point where someone has to set the record straight and provide the industry with a different perspective than just Jeff’s. I hope Jeff pays attention to this,” Katz said.

On Tuesday, Gural issued a statement (see story on page 4) softening the rule to bar the first crop of the affected stallions only from stakes at the three tracks and lifting the ban on racing in overnights and qualifiers, but Katz requested his thoughts on the rule still be published.

“I believe that I can fairly say that myself and probably George Segal have been the two biggest victims of the Gural Rule,” Katz said. “George Segal and myself were both partners in Captaintreacherous, Father Patrick, Artspeak and now, myself, I’m a partner in Bar Hopping, which George is not.”

The Gural Rule has impacted all of those stallions, Katz said. Artspeak and Bar Hopping have gone to stud at the end of their three-year-old seasons and, currently, their first crops will be banned from racing in stakes owned and operated by Gural’s tracks (this excludes stakes run by the Hambletonian Society, such as the Hambletonian). Father Patrick raced at four while also breeding a book of mares and Captaintreacherous returned to the races at four partly at Gural’s request to keep star horses on the track longer in an attempt to draw new fans to the sport.

Segal said in the Feb. 5 article that both Father Patrick and Captaintreacherous had four-year-old campaigns that did not equal what they accomplished on the track at three and, subsequently, both lost value as stallions.

“Captaintreacherous raced at four, a big mistake. Father Patrick raced at four, a big mistake. It hurt him, even though he bred at four — raced and bred. It was a bad idea and he got half the number of mares and many less involved. Thank goodness the next year he did well, but it could hurt him. All the owners of these horses put money back into it,” Segal said.
Katz said he and Segal, “have a special, unique view on this because we are the two who have suffered the greatest financial burden of anybody in the industry. Who else in any industry would have footed the bill, the millions of dollars of losses that this rule has caused us, and been silent this long? Let me stress that it is millions of dollars that will never be recovered.”

Both the Hambletonian Society and the Woodbine Entertainment Group (WEG) initially supported the Gural Rule. Gural has been critical of both organizations for dropping support of the rule after two years.

Katz said he was bothered by Gural’s criticism of WEG, “and, by extension, the other racetracks in the industry that don’t support the rule. Specific to WEG, they are among the best racetrack operators in North America. They have a long and firm commitment to horse racing, both standardbred and thoroughbred racing and, in fact, with the most honorable intentions possible. (WEG) has been a beacon during the turbulent times over the past five years in Ontario and the industry owes them the respect and the appreciation they richly deserve. Criticizing them for not being on the same page as Jeff Gural only tells me how inappropriate his comments are and how misguided his rule is because I believe they are among the best, if not the best, racetrack operators in North America.”

Katz said that by sticking to the rule when both WEG and Hambletonian Society no longer support it suggests Gural is being a “point-prover” trying to show that “everyone else is wrong and you’re right. That doesn’t make a lot of sense to me on any level… When he’s the only operator in North America who believes this is right and everyone else is wrong, I think it’s time to step back and look at what you’re doing.

“I consider Jeff Gural a friend. I have owned horses with him in the past and I have no question that he has a great love for our sport. What he did in saving the Meadowlands deserves unquestioned acclaim and acknowledgment. I am the first to do that. It was a great thing and it was important. The Meadowlands has acted as a magnet and the core of our business for over a quarter of a century now and it would be a horrific loss if we didn’t have the Meadowlands going forward in the future. Jeff Gural deserves full credit for that.”

Katz said both he and Segal are investors in the Meadowlands.

“I’m a partner with Jeff because it’s the right thing to do and because ultimately it will prove to be a good investment,” Katz said.

But he also points out that Gural has consistently asked people to support the Meadowlands and “race their horses there for lesser purses because of the importance of the Meadowlands” and that both he and Segal are two of the biggest supporters, “because we believe it is the right thing to do for our horses and the right thing to do for the industry.

“(Yet, Gural) always wants people to think about the lack of horses available to race at the Meadowlands and the increasing lack of horses throughout the industry. Now you are going to have some of the great horses over the last half dozen years being barred from racing (in stakes) at his racetracks… when you’re short of horses? That makes no sense. And, as an investor at the Meadowlands, that even makes less sense to me. I think it’s bad business.”

Katz said it is interesting to look at the Gural Rule from a thoroughbred perspective.

“Do you believe that the thoroughbred American Pharoah was one of the great stars that we’ve had in the last 25 years?” Katz asked. “I think it’s unquestioned in the last quarter century. Well, he retired at the end of his three-year-old year because that was the appropriate business decision made by the ownership of the horse. There was no criticism or recrimination from the thoroughbred industry. I put this question to Jeff Gural: Will he not permit any offspring from American Pharoah to ever race at the two races at the Meadowlands? If he did, the thoroughbred industry would think it was bizarre, the most outrageous commentary ever made. No one is going to bar an offspring of American Pharaoh when his first crop comes to the races. It’s ridiculous to contemplate that… Then why are these (standardbreds) being held to a different standard than American Pharoah would be? If he says that he is not going to allow American Pharoah’s offspring to race at the Meadowlands, which I doubt very much he would say that, the thoroughbred industry would think it was scandalous, outrageous, and unthinkable. And no other racetrack in the world would ever even suggest that.”

That said, Katz said he agrees with Gural that the sport needs stars on the track to attract new fans.

“I’m in full agreement,” Katz said. “We do need stars and they are a great marketing attraction… “We engaged in racing Captaintreacherous (at three) in an aged race. We did it again this year with Bar Hopping to provide some excitement and marketing opportunities at the Meadowlands.”

But, Katz said, standardbreds that only race through their three-year-old seasons still provide plenty of opportunities to draw new fans based on the frequency in which they typically race.

“By the time a horse of Captaintreacherous or Father Patrick or Artspeak reach their level of achievement, it’s the end of his three-year-old year and they probably raced close to 30 times. They have been to numerous racetracks, in some cases raced in heat racing and have 30-plus races on their cards. Most thoroughbreds don’t get 30 races in a five or seven-year career,” Katz said. “Our very elite three-year-olds race a tremendous number of difficult races in their two and three-year-old years and how much gas do they really have left in the tank? They are living, breathing things and we have to respect that.”

Katz said he has little to lose in speaking out against the Gural Rule.

“What’s (Gural) going to do… bar me and my horses from the Meadowlands?” Katz asked.