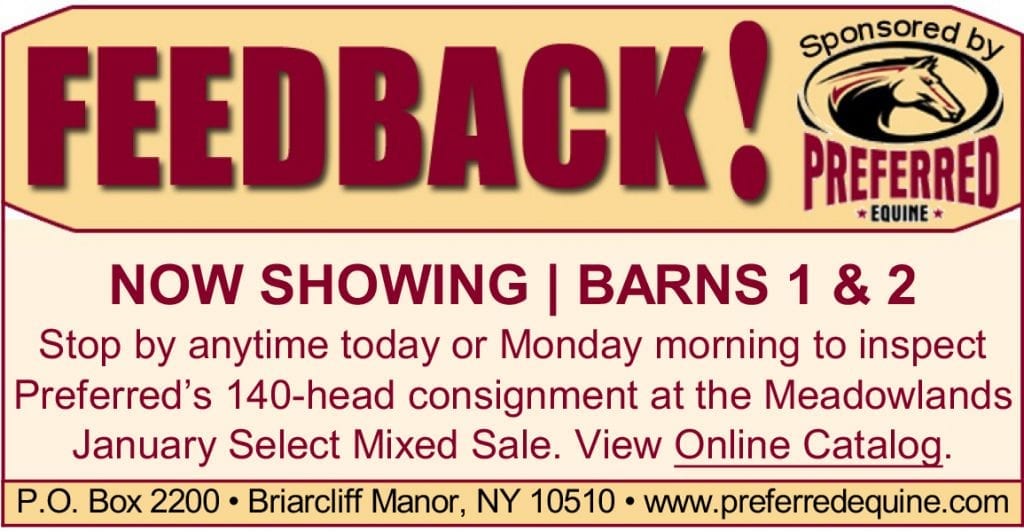 For those who are unsure why interest in racing has been declining and why people, specifically young folks, are not giving harness racing a chance, read this.

This is an excerpt from an article I read online posted January 7th 2017 in the Portland (Maine) Press Harold by Robert Fisk Jr. It is addressing why Maine’s State government shouldn’t continue to subsidize harness racing.

“The continuous financial outlay is further called into question, given the well-documented checkered history of harness racing, one that includes animal cruelty in which fines are an ongoing cost of doing business, drugging has a long and shady past and overbreeding results in many ‘surplus’ horses being sent to slaughter plants in Quebec. The life of a harness racing horse is not some bucolic scene. It’s often miserable for the horses as racers, and after a short career, typically three to five years, they become unwanted.”

It goes on to say, “With so many other significant state financial needs, it remains perplexing why the state continues to prop up an activity that is outdated, cruel and has drastically faded in popularity. Moreover, no animal that has served mankind so long, so well, so nobly, and in so many capacities, deserves such a fate.”

In the responses to the article there we at least 10 who agreed and shared similar feelings to the comment below. Only two tried to defend racing. From the picture it appears to be a 20-30 something female.

“Very well written and informative piece – thank you. I had no idea our state was actually subsidizing harness racing. Couldn’t agree more- time to move on from this corrupt, cruel, farce of an industry.”

Corrupt, cruel, farce of an industry. The slaughtering of horses. Without changing the public’s opinion, the chances of enticing new interest into this sport will be harder than hitting the “Hi-5” with one $.20 ticket.

I unfortunately don’t have a “one fix” answer, but there is always talk about spending advertising dollars in this publication. I think the best use for these funds would be to hire a company who can clean up the industry’s image. Address the concerns in the article above. Have a plan to deal with the overbreeding (Maybe limits should be imposed on how many a breeder can breed in a year). Insure its integrity. And remind people that there are thousands of people employed who now would be out of work if the “plug” was pulled in the industry.

I think these are the most pressing issues the need to be addressed. Period!

I read with great amusement in last week’s report by HRU that Yonkers FINALLY decided to refuse the entries of Tom Milici. I’ve written in before about Milici because his miraculous turnaround was utterly ridiculous and making the Yonkers product (already hard to bet) nearly unbetable. When the comment line in Harness Eye has to note a horse’s performance as “1st time Milici” as the only way to describe how the horse raced, enough is enough.

As for Yonkers, I love the comment about how they “know” what’s been going on. If the obvious is proven, and Milici is linked to Marks and Brainard, where have they been for last six months plus? Almost all of Milici owners used Brainard before she was banished. It should not have taken more than half a year to put 2 and 2 together. At least Milici will probably have the services of Howard Taylor. Taylor is one of Milici’s prominent owners as well as the go-to lawyer in the industry for (people facing fines and suspensions from regulators). I guarantee (Taylor) will announce Milici’s innocence in the future as he done for so many (others) of the sport.

Finally, I’m tingling with anticipation for the Yonkers new year kick off (cue sarcasm). Nothing promotes your track better than a Sunday kickoff with bloated purses starting at 11:30 on a NFL playoff Sunday. However, I forgot that the focus for Yonkers is their growing partnership with France. I’m surprised Yonkers doesn’t run their races at 6:00 AM to capitalize on the bettor in Italy, Russia, or maybe Mongolia. Also, lets hope when the new finish line is activated the camera (now HD, oh yeah) angel will be slightly more accurate than the current one where the inside horse can be up a quarter length and lose the photo “easy.” By the way, can anyone tell me how moving the line the length of the winner’s circle is going to improve the quality of the races? Anyone, like me, who still loves 1/2 mile track races knows the track to emulate is Northfield. Have I lost races there because the stretch is short? Yes! However, the races usually have lots of movement, excitement, and are fun to watch even with some of the worst looking horses on paper on the planet.

1. Memo to Meadowlands judges re: ROCKIN ROBERT. Horse races on 12/29 off a superb qualifier. Recent form other then qualifier not so good. Race on 12/29 horse gaps then gets good cover and cannot move forward with future HOF B.MILLER. Race goes slower then his qualifier. Then races next week 1/7 from 10 hole in same class with W.MANN and goes gate to wire in not only four (FULL) seconds better then previous week, but as a 9 yr old only one-fifth off lifetime record. HELLO, anybody awake there?

2. Re: Brett Pelling. Great to see him coming back. Definitely (in my opinion) other then W.HAUGHTON the best trainer I have ever seen. He also seems to consider the bettors (have to take him at his word) and always’ had good words for the Meadowlands.

3. I read they are thinking about a new harness racino in PA. This must be a joke. Anybody with a brain has to see the current saturation of racetracks now. This reminds me of the Revel in A/C. Opening up another track in a saturated market with a shortage of stock. Good idea (NOT).

4. Last week’s HRU had a piece where back in the old days trainers/drivers could give horses a “easy race” then look to send it in later when they go all out. That was then, this is now. The only harness track where they could possibly do that now and make a big killing would be the Meadowlands because of the pool. Even at that, the Meadowlands handles cannot compete with the handles in the good old days at Yonkers/Roosevelt.

5. In last week’s piece, one of HRU readers had a good comment on MILLICI. He mentioned Yonkers as a cesspool and he is 100 per cent correct. One has to wonder what took them so long to do this.

Hi, I just wanted to pass along some feed back. I really enjoy each new HRU that comes out! I can’t see how you guys get some of this news and format it as quick as you do. Great job!