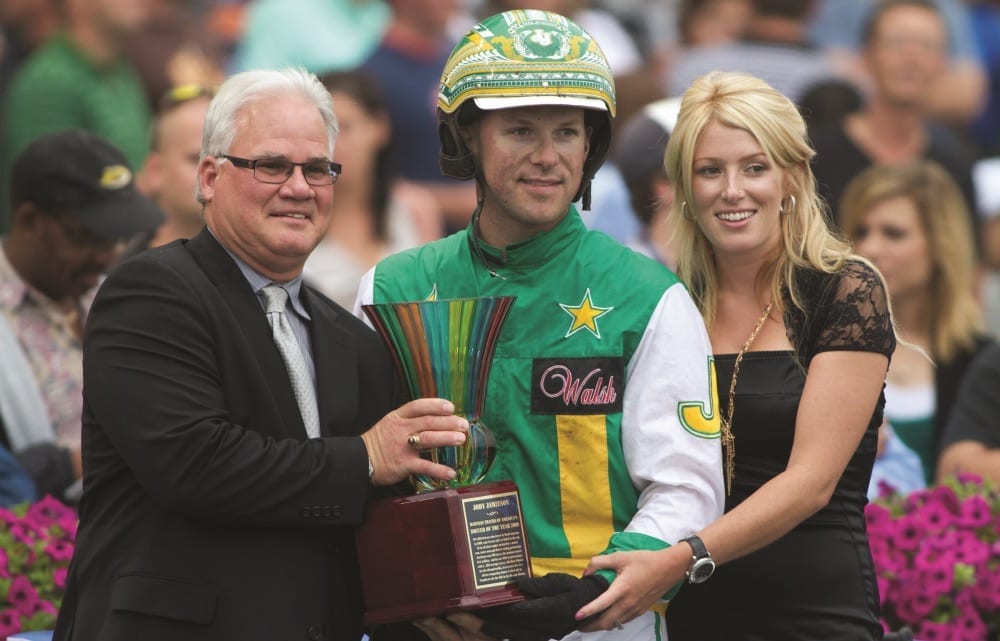 The CEO of The Western Fair District shares his thoughts on industry consultations designed to revitalize horse racing in Ontario with a multi-year funding plan and all tracks working together under the direction of the Woodbine Entertainment Group.

Hugh Mitchell is well aware there are critics of the early details behind the reshaping of Ontario’s horse racing industry. Still, the chief executive officer of The Western Fair District in London, ON that operates one of the province’s oldest racetracks, said this week there is a lot to like about a plan that, to start, could deliver 22 years of government funding amounting to over $2 billion in total.

“The good news is that the government is thinking about a long-term funding solution, long-term being out as far as 2038, which matches up with some of the slot licenses and lease agreements, for Woodbine, particularly,” Mitchell said. “I can’t remember any jurisdictions in my time where government had committed funding for as many years, some 22 (years) when you look at our (current deal) expiring in 2021, plus an additional 17 years. So, that’s really good news.”

Mitchell said the fact the funding arrangement is partly designed to align with the Ontario Lottery and Gaming (OLG) corporation’s lease arrangements for slot halls at tracks in the province is an indication the OLG — a former adversary of horse racing — “is taking some responsibility for racing and supporting racing on behalf of the government.”

On Oct. 31, Ontario Racing (OR), the industry collective tasked with overseeing racing’s revival, began a province-wide, three-week, seven-stop tour to consult members of the industry in an effort to devise the best strategy for growing the business.

Stable, long-term funding is welcome news in an industry on the rebound after the devastation caused by the province’s cancellation of the Slots at Racetracks Program (SARP) in 2012.

At the core of the plan is to expand the existing Standardbred Alliance concept to all interested tracks in the province across all three racing breeds — standardbreds, thoroughbreds and quarter horses. Currently, there are 13 tracks operating in Ontario and those that buy in will get a cut of the nearly $100 million in annual government funding. The Woodbine Entertainment Group (WEG) that currently coordinates the eight-track Standardbred Alliance is also expected to manage an expanded, Ontario-wide alliance.

“The genesis of that model the government is touting is WEG overseeing a broader alliance came out of the successes of the Standardbred Alliance,” Mitchell said. “It’s just an expansion. It’s tremendously successful — one race office, one tote company. We never would have gotten there. That’s one of the pluses that has come out of the cancellation of SARP because we had no other choice. This would not have happened, if we still had 10 per cent of the slot revenue for (tracks) and 10 per cent for the horsepeople. I’m convinced it would never have happened. There wouldn’t have been the need, but it was either do it or sink.

“I really think we’ll be forced to become more customer-driven than ever before. So that’s a good story. I think we’re going to be forced to drive some efficiencies in our operation that I think that otherwise, given the false economies created by slots, we wouldn’t have driven ourselves. We’re now forced to be more accountable to each other, not just with government but with ourselves… We’re an industry where tracks never wanted to share financial information with horsemen and vice versa, so now we’re going to be forced to put everything on the table.”

There have been just two public consultation sessions so far, but already there has been the predictable grumbling on three major points: 1. There’s not enough purse money to sustain ownership at the medium-sized tracks and smaller. 2. Some don’t like that WEG, which once competed against Ontario’s other tracks, will likely will be given the authority to coordinate racing for all tracks in the province and 3. There’s a lack of new blood and leadership among those in charge of this revitalization. Namely, the board of Ontario Racing is just a carryover from the defunct Ontario Horse Racing Industry Association (OHRIA) that had its critics.

Mitchell, who is on the steering committee of OR, is fond of espousing a “10,000 foot view,” which just means he has a particular gift for a province-wide perspective. Rather than wait for a perfect solution that may never come, he prefers the industry, “get rolling. I’m more concerned about any more lag, just because we’ve already lost a fair bit of capital in the horse ownership side and the breeding side. So, let’s just start… and the cards we’ve been given by the government, let’s start to play them and take it where we might think it needs to go. We’ll be in a better position to argue for more money and more support once we are into it, rather than now when we don’t know what that right number is.

“It’s not perfect, by any means, but at least it’s, to me, two meals a day is better than no meals a day so let’s get going.”

Mitchell counters the three chief criticisms to the plan.

He said he doesn’t “know what the right number is (for purses), but let’s get into this, let’s get going and get our governance right and start to work with government and see if we can drive up additional revenue through other products or other integration strategies… working with the OLG.”

On the issue of the OR board being the same people that were on the board of OHRIA, Mitchell said the current OR board is an interim one.

“I don’t see it as being permanent at all. That’s no disrespect to those people and some of them may stay… but it was never intended to be for the long-term, so I think the right step is what they’ve done. I give OHRIA some credit and the OLG for pushing it in that direction too, is putting OHRIA in that role as the interim board of OR. That, I agree with, to the critics I say, ‘Be patient’. Rome wasn’t built in a day. It took a long time for this industry to get to where we are and we’re not going to get out of this hole overnight.”

As for WEG potentially being put in charge of racing for the province, Mitchell, a former WEG executive, said it is the correct move.

“I’m a big supporter of WEG. I’ve witnessed for many years their willingness to support the industry, their genuine benevolence,” Mitchell said. “I’ve also witnessed, as a member of the alliance, the value they bring to the table, the efficiencies they’ve been able to drive into our collective operations. I can honestly say, we’d be sunk without Woodbine, we really would. They’ve driven some efficiencies. In terms of management skills, they are one of the premier racetracks in North America. So, why wouldn’t you take advantage of that, if they are willing to do so and they’ve been willing to do so? I push back hard on those who criticize the WEG piece, but I don’t think we’ll ever be rid of that. I remember paddocking horses at Greenwood when I was 13 years old and people complaining about them then when they were the OJC (Ontario Jockey Club). So, it’s not new to me.”

Mitchell was also quick to point out there wasn’t a viable option other than WEG.

“It’s not like you can go to public tender and get 50 different responses. Does anyone really thing that a bunch of industry participants can get their heads together and go run a consortium like what we have? It’s delirious. There’s no other model like it in North America, so my thought is let’s give it a try,” he said.

Mitchell said there is a lot of work to be done, “but we’re certainly in a better position today than we were in 2012. That’s the good news.”

Now everyone — himself included — needs to be open-minded about the consultation process.

“It took me a long time to learn that piece, but I think we need to listen carefully to the common themes that are surfacing when they do the consultation and pay attention to it… Ultimately we have to find a model that works for everybody.”

The sad reality, Mitchell said, is the sport is, currently, not growing.