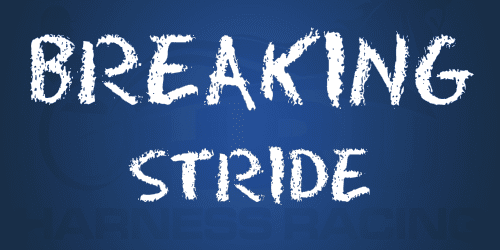 I took one for the team.

Each Friday after work, I meet my friend, Phil Whorton at the Don’t Go Inn Bar and Grill. Phil is a banker with a passing resemblance to Bill Gates. He is normal in most respects except for a strange quirk; he is obsessed with the Everglades. A swampy landmass is his hobby. He makes annual pilgrimages, reads and talks about “the glade” much more than is healthy. Occasionally, he will whip out photographs of flora and fauna.

Isn’t that the wackiest thing you ever heard of? Chalk this up to the fact that we are complex creatures driven by mysterious motives. What you find irresistible may seem like insanity to others.

Phil thinks I am strange. My passion is harness horse racing. From his point of view, when I whip out replays of pacers and trotters, talk about first over without cover and rant about takeout and second dams, he looks at me in bewilderment.

We plead our cases for our passions over drinks and burgers. One Friday, after our third round of Red Roosters on the Rocks, we got carried away and devised a plan. In two weeks we would step into the shoes of the other person’s passion for a day.

I spent a lot of time setting up Phil’s harness racing debut.

A trainer friend of mine, Lee the Flea Tremont, was going to meet Phil at the gate two hours before post time. Flea is down to three horses, so he has a lot of time on his hands. He is an outstanding ambassador and quite charming for a guy who gets up at four o’clock every morning. After Flea takes Phil on a tour of the backstretch and gets up close to some horses, he will escort Phil to the clubhouse where Eddie the Exacta Clemmons, another racetrack charmer, will act as a personal tutor to Phil during the race program.

Phil reciprocated and set up my day. He knew I flew down to visit my aunt May for a few days every July. Aunt May lives in a trailer park near Miami and I keep tabs on her. Phil used this trip to set up my everglade experience by giving me a brochure and a map for a hike on the Scenic Everglades Nature Trail in Everglades National Park.

It was a long drive. Every mile the traffic thinned, I soon felt like Survivor Man. When I stepped out of the car, the heat took my breath away. I entered Phil’s world at a slow walk, but not too slow fearing my tennis shoes would melt and glue me to the asphalt of the completely empty parking lot. I finally made it to the pressure treated planks of the trailhead.

My adventure then began in this most unpleasant, desolate land. My terrifying 15- minute trek was reminiscent of the classic Alfred Hitchcock film, The Birds, starring Tippi Hedren. Only the birds were bugs and I was Tippi. In a very short time, covering a very short distance, I acquired 43 mosquito bites and a sweat-soaked tank top.

The heat, the noise and the fauna increased. I panicked, pivoted, staggered and then raced back to the air-conditioned rental car. Mercifully, the rental had an electronic door lock system so I could dive in without delay. Bugs the size of cell phones clawed at the glass. Armadillos rocked the car. Light-headed due to blood loss, I fled.

Yesterday, Phil and I met at the Don’t Go Inn to discuss our experiences.

Phil leaned forward with a smirk on his pudgy face. He asked if I found the Everglades a pristine natural endowment untouched and unscathed by the hand of man.

I replied, “No, and if you continue to use big words and keep talking like that I will smash my beer bottle on your skull. Did you win any money at the track?”

“Yes, I won about 15 dollars. Your friends Flea and Eddie are good folks.”

Nodding, I said, “Well, I did not win anything at the Scenic Everglades National Emergency Medical Center. In fact, my co-pay was $127. The ointment was another $20 and the rental company charged me extra for bug removal.”

Phil chuckled, then gingerly moved my beer bottle out of reach and said, “July is not the best month to visit the Everglades, but you have to admit that they are beautiful and mysterious.”

“The only mystery is why humans ever go there and return alive.”

“Trey, to appreciate the Everglades you must invest time and look beneath the surface.”

“Beneath the surface are alligators, which eat human flesh and are difficult to wager on because they all look alike and do not have numbers on their backs. Dude, It is better to invest in a hobby where you can win money and do not need to wear netting.”

The evening wore on. Thrust and parry. Budweiser and Miller. Attack and defend. The bartender gave the last call. We headed towards the door.

“So Phil, would you every go back to the racetrack?”
He nodded as he pushed open the door, “I might. I have to admit Trey, the racetrack was sort of interesting. Would you ever give the everglades another try?”

My laughter madly echoed into the night.