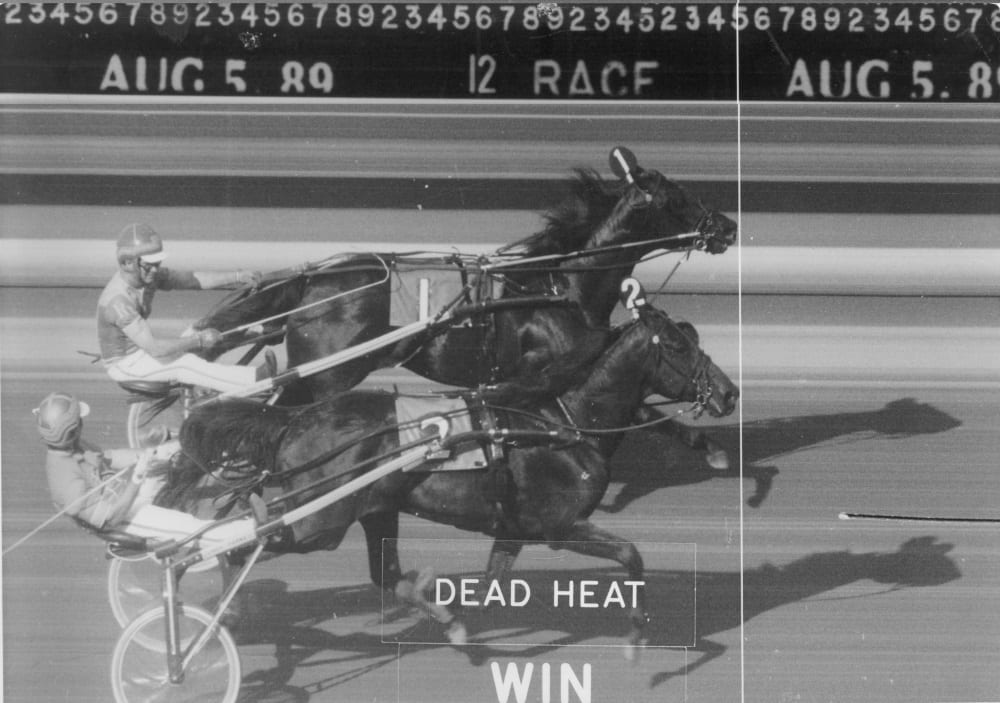 Lindy Farms: GreatHorse and Beyond

The Antonaccis’ rich racing history became the theme for its outstanding private golf club. But can horse racing apply some of the lessons the family learned from building GreatHorse?

Among the numerous equine photos, paintings and treasures that adorn the walls of the exquisite new clubhouse at the GreatHorse private golf club in Hampden, MA, there is one Frank M. Antonacci can’t wait to show off — a gigantic framed copy of the black and white win photo from the 1989 Hambletonian raceoff judges declared a dead heat between Probe and Park Avenue Joe.

A legal challenge launched by Antonacci’s family’s Lindy Farms over that Hambletonian took two years to decide that the two trotters would be named co-winners and the connections of Park Avenue Joe would receive the winner’s share of the purse because he had the better finish summary. Frank M. and his father, Frank “the elder” Antonacci, want to be clear they are not formally reopening that case even though the photographic evidence looks pretty compelling — look closely and it certainly appears their colt Probe was a few nose hairs in front at the wire before Park Avenue Joe reaches.

“It’s crazy, right?” Frank M. said, pointing to Probe’s nose on the wire and a tiny gap between the line and Park Avenue Joe’s schnoz that became noticeable when the photo was blown up digitally to have it framed and added to GreatHorse’s décor. “We were gathering all the digital photos to send to the designers and I was putting together all the horse stuff. So, I got this one and got screwing around with blowing it up and I said, ‘Look at this.’ I had it right away. I have two big 42-inch screens in my office that I can pull images onto. I blew it up onto one of those and I said, ‘Oh, my God.’ I showed (my uncle) Jerry (Antonacci) and my dad and they got a big kick out of it.’”

Frank “the elder” a part-owner of the Red Mile racetrack in Lexington, KY joked he was going to put a huge copy of the photo in the grandstand for this October’s Grand Circuit meet and ask customers, Who do you think won?

That photo and this jaw-dropping clubhouse form the perfect intersection of the Antonacci family’s deep passions, pride and pockets.

In early 2012, the Antonaccis purchased the former Hampden Golf Course at auction for $1.4 million, renamed it GreatHorse as an ode to their horse history and promptly poured more than $45 million into a complete overhaul under the direction of Jerry’s son, Guy Antonacci, and course architect Brian Silva.

“We were going to do a quick rehab and redesign, but once we got into it we decided that wasn’t going to be a model that would work,” said Frank M. “We had to fully commit, which we have, and build something special. That’s the only way you can succeed in that business… We leveled everything. Tee to green, it was a complete redesign.”

The redesigned club reopened in 2015.

Brand new is the stone clubhouse on the hill — featuring unbeatable vistas throughout the building and from a massive patio of what’s known as a 100-mile view to the west across the Connecticut River Valley.

“On July 4th you can see seven or eight fireworks shows from here,” said Frank M., “and the sunsets are spectacular.”

It’s a prime attraction, particularly when New England’s fall colors are at their peak in the valley below.

There will be 24 weddings at GreatHorse this year. Eighteen are on the books for 2017 and three are already scheduled for 2018. So as not to displace club members when GreatHorse has a wedding, the Antonaccis commissioned a separate, stone banquet facility.

Inside the clubhouse, the focal point is a soaring wood ceiling reminiscent of the octagonal barn in Lindy Farms’ main barn, except, hanging from this one is series of intricate, entwined orange glass sculptures created by Seattle artist Dale Chihuly, the man famous for creating more than 2,000 hand-blown glass sculptures that adorn the ceiling at the Bellagio Casino in Las Vegas.

“They say he’s the greatest American artist of his generation,” said Frank M.

Lindy Farms’ colors and images of their great horses — Moni Maker, Lindy’s Pride, Tarport Lib, Speedy Crown, thoroughbred No Nay Never — provide much of the rest of the theme.
Outside, GreatHorse’s teaching facility is nearly finished. It will feature three hitting bays on the lower level and five bedrooms upstairs for stay-and-plays.

GreatHorse is the third major business the family operates after Lindy Farms and its main business, the waste management company USA Recycling and Hauling.

“The trash business is growing all the time and all these ancillary businesses that we have it all comes from there being six or seven kids involved in the family business now,” said Frank “the elder”. “If they come to the family with an idea, we kind of let them run with it a little bit.”

All three of the Antonaccis’ businesses — waste collection, horse racing and golf — have their business challenges and all three are very labor-intensive.

“I tell politicians, ‘We have to be the stupidest business guys in the world. Instagram sells for a billion dollars and has two employees. Every business that we have has hundreds and hundreds of employees and you can’t do anything but have employees,’” said Frank M., laughing. “But what’s great about the horse business is it’s labor-intensive and you can’t out-source the jobs.”

GreatHorse currently has some 270 members, some of whom are national members that come up from Boston or New York City and stay for the weekend. They come for much more than the golf. There are tennis and bocce ball courts, with basketball courts to be added soon, which only makes sense since the Naismith Memorial Basketball Hall of Fame is just 11 miles away in Springfield, MA.

The club also has a Vegas-style swimming pool with a splash pad for the kids and the tennis hut has an upstairs game room with a pool table and ping-pong table.

Some of the family-friendly tricks the Antonaccis learned from building Sonny’s Place family entertainment complex near Lindy Farms in Somers, CT.

“It started out as miniature golf and a little driving range,” said Lindy farm manager John Belskie. “Then they built the mini golf and then they decided they wanted an arcade and a restaurant and go-karts and batting cages. It’s just expanded. They have a bar area in the back now. They have a gazebo and a bar. When we watch the races, a lot of employees go there… This year they decided they wanted to do a corn maze.”

Game tokens are called Sonny Moni in honor of farm patriarch Sonny Antonacci and Moni Maker. That fun, relaxed atmosphere is evident at GreatHorse. The last thing the Antonaccis wanted was another stuffy country club. GreatHorse welcomes families and has a relaxed dress code.

“People say golf is dead and I see a little bit of a relationship here between the two industries. Golf is not dead,” Frank M. said. “What we found when we built (GreatHorse) is we didn’t think it’s just about the golf. Just like horse racing is not just about the race. It’s about the whole experience. So, we built an experience that was great for the family, very high end that spoke to people’s emotions and sense of well-being and having a good time. That’s the experiences that we need to create in the horse business.”