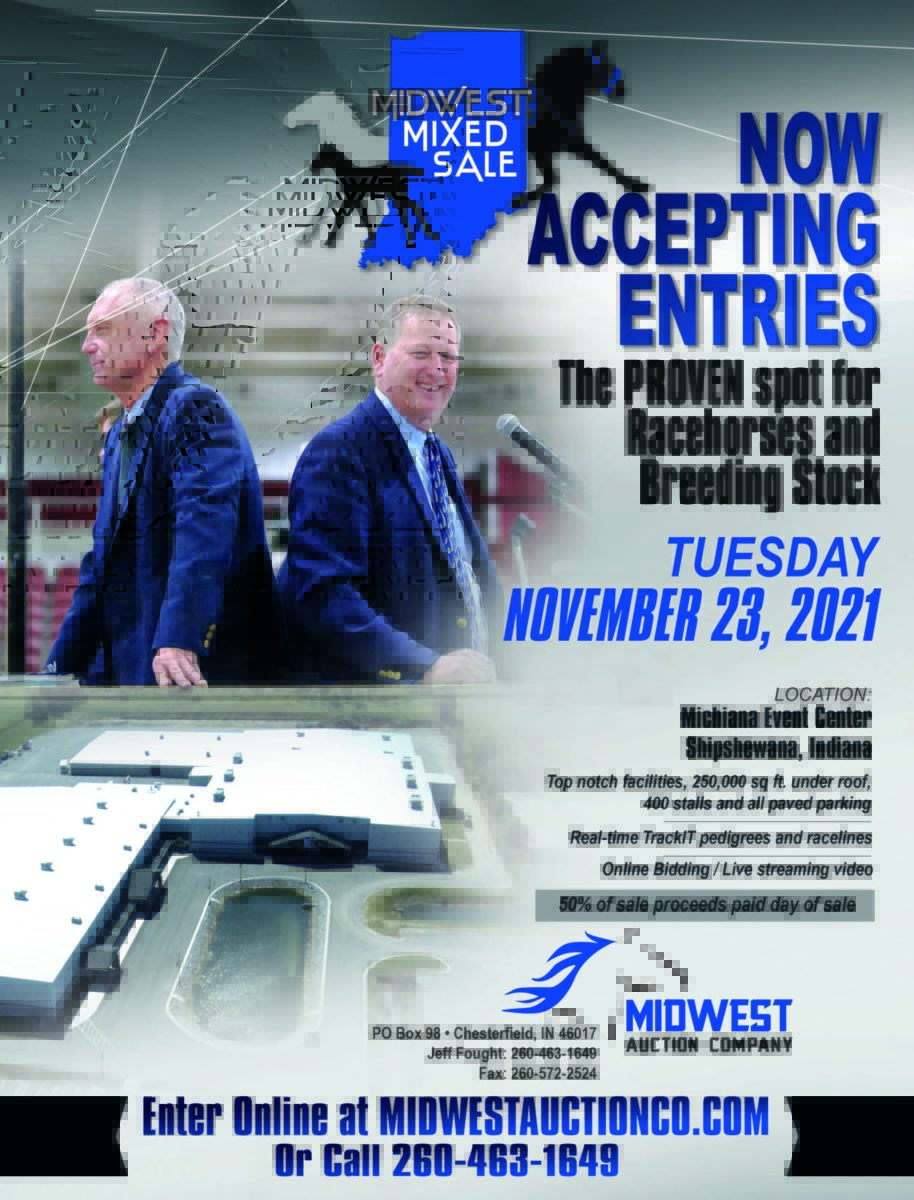 From Speedy Somolli to Alf Palema and Vivid Photo: How the Hambletonian has become about being there and being moved.

Alf Palema is the horse that won the 1992 Hambletonian for driver Mickey McNichol — another guy who I think doesn’t get the respect he deserves. The Hambletonian is about as respectable as any sporting event can be, and every horse and horseman involved in it at one time or another deserves respect simply for having been there. For the fans, it’s magical being there, but for the horsemen, it can be deeply personal. I didn’t realize how much personal affection I had for the race itself until one wintry night in 2003.

I was in the paddock at Yonkers Raceway on a cold night, struggling to get a mud-soaked vet wrap off the hind leg of my horse. Some of you know what that’s like. It’s pure torture. Then, out of nowhere, some guy starts up a totally unnecessary conversation with me and criticizes me for using Mickey McNichol to drive a trotter I was racing at Freehold. I didn’t really know the guy. He’s just one of those ubiquitous impostors who hangs aground harness racing with no discernible purpose other than to rip up tickets.

Then, my mind’s eye flashed back to Alf Palema the horse. He was the third-stringer in a Per Eriksson entry, that included the highly regarded King Conch — the real star of the Eriksson barn that year. Personally, I thought Alf Palema looked like a magnificent beast, but it seems his appearance in the Hambletonian final was treated like a semi-happy accident by those closest to him. In the paddock, Eriksson’s busy team swarmed all around King Conch like dedicated drones, whereas Alf Palema, apart from having all of his shoes pulled for the final, was simply handled by a groom. I was there. I witnessed this.

Mickey told me, “Nobody said anything to me. No instructions… nothing. Not to take anything away from Alf Palema, but if I wasn’t coupled with King Conch, I would have been 99-1. I never even heard of the horse until a week before the race when Per asked me to drive him.”

A millisecond later, my mind recalled the stretch drive, and how Mickey McNichol skimmed the pylons with the big colt to get up just in time to nose out the mighty King Conch — even though the trainer had told Mickey that, “he was a good, strong horse, but not Hambletonian material.”

When my mind snapped back from my Hambletonian reverie, I was still under my horse and mired in shreds of yucky vet wrap. I looked up at my uninvited windbag and snapped, “Hey! How many Hambletonian races have you won, you stupid jerk? ” Only I didn’t use the word jerk. So the guy got nervous and walked away.

I guess you can say that the “Alf Palema and Mickey McNichol” story is my favorite Hambletonian memory mostly because I was there, and the pair “didn’t get no respect… no respect at all.” That race always reminds me of just how deeply our Hambletonian memories can etched in our minds because we were there.

Notwithstanding the great thrill it gives to the fans, every horseman has a cherished Hambletonian horse or Hambletonian memory or story just because they were there to see it. There’s something incredible about being there and watching the legendary greats such as Mack Lobell or Super Bowl or Donato Hanover, but there’s also the spiritual satisfaction of witnessing when victorious underdogs trot away with the trophy. Horses such as Malabar Man who won the race with authority for amateur driver Malvern Burroughs, or the great fillies such as Duenna and Rosalind and Continentalvictory — the classy dames who showed up and beat up on the boys — are the moments that usually come to mind. Being there makes all the difference.

There are no fillies in this year’s contest, but Ted Wing, one of harness racing’s legendary and most accomplished driver/trainers, spoke to me about why it’s not unusual to see a trotting filly win the Hambletonian, and why a filly who’s there, should never be discounted or disrespected.

Ted said, “You have to remember that trotting is a whole lot different from pacing when it comes to who can beat who at any given time. There’s a bunch of trotting fillies who won the Hambletonian, especially back in the day, because accomplishment in trotting is more about pure talent on the trotting gait than it is about raw speed. If you’ve got a fast filly who has talent on her gait and a little size and a great attitude, you’ve got a darn good chance of beating the boys. It doesn’t happen very frequently, but if you look at the history of the Hambletonian, you’ll see a lot of winning fillies like Duenna or Continentalvictory — a bunch of them showed up and won. I mean, those fillies could trot all day long… against anybody.”

Sometimes, a fond memory comes from the excitement of seeing a journeyman show up from a fairgrounds and do what they do best — work hard and win. Trainer Mark Ford counts Vivid Photo’s 2005 win for Roger Hammer as his fondest Hambletonian memory for that very reason.

“If you know Roger Hammer, it’s easy to realize how good it feels to see a guy like him win the Hambletonian,” Ford said. “You have to respect a horseman who comes down from a fair track up in New York where he works every day, and he wins the biggest trotting race there is, and the next day he’s back upstate jogging and training like it’s just another day. Vivid Photo stands out for me because I got to watch my friend prove that a good horse can come from anywhere and earn the respect it deserves. You come to understand the fact that a good horse is a good horse and you don’t have to be an elite $500,000 yearling from an elite stable to win the greatest race in harness racing. The entire Vivid Photo experience was a really good, down home, and All-American thing to watch. For me, that was about as good as it gets, and I was there.”

Seth Rosenfeld may have owned Beach Towel, one of the greatest pacers of all time, but he has a fond trotting memory too because he was there. Of course it’s about the Hambletonian, and Seth’s recollection, as far as Hambletonian history goes, is an interesting timepiece — so to speak.

“My first Hambletonian was in 1978 at DuQuoin, supporting my uncle’s horse Speedy Somolli,” Seth said.

“There was talk of a world record — the first ever 1:55 trotting race mile. Speedy Somolli won a hard-fought first heat and the crowd looked immediately to the timer but it had malfunctioned. It showed nothing but a first quarter in 30 seconds. I happened to be sitting next to the legendary Jim Harrison, who had hand-timed the race. He said quietly but firmly that his watch showed 1:55 flat. Eventually the judges confirmed that Mr. Harrison, who was known for his military precision, had the exact right time, and the world record had been set. Speedy Somolli took the trophy after a long afternoon that included Florida Pro tying the world record. After the race, Mr. Harrison said to me that he hoped I learned a good lesson — always bring your stopwatch to the races. I’ll never forget him showing me his watch that said 1:55 flat. I was there.”

It’s like I always say, “Never send a teletimer out to do a horseman’s job.” If it hadn’t been for Jim Harrison, Speedy Somolli’s record might have gone unrecorded in the record books and Seth Rosenfeld was there to witness it.

Yes, it’s all about the memories and stories. It’s about horses and horsemen and amazing fans which all come together in August to watch harness racing’s premier event. It’s about the great horses and trainers and drivers showing just how great they are, and also about the lesser knowns using the Hambletonian’s distinguished platform to prove that they too can be just as great. Hopefully this tradition will continue for years to come. Harness racing is slowly drawing in a lot of young fans and new participants. It’s a good guess that this year’s Hambletonian will be the very first for a whole new generation. Hey, all you young horsemen and women and fans out there, Hambletonian 2016 is a great place to start storing your harness racing memories. Be there!