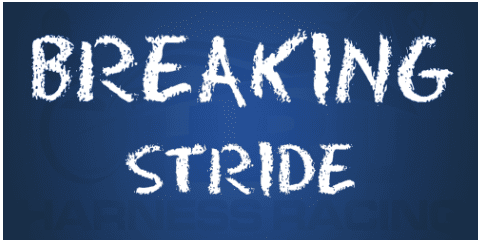 Waiting to pick up Lyft riders allows plenty of time to reinvent harness racing. I have more plans to help our sport in my glove compartment than the Republican party had candidates for the presidential nomination; most of them are more erudite than The Donald’s. Let me pull one out for perusal:

To overstate the obvious, new blood for our old sport is hard to find. We need a transfusion. The game could be improved, of this there is no doubt, but it is not just our game that keeps the young at bay. The bar that a newbie has to hurdle when first entering our game is very high.

Imagine that Elmo, one of my slacker friends, hangs up the video game to which he has dedicated much of his so-called life, Attack of the Plebian Hordes, Silver Swords Part Three. Elmo’s doctor has suggested sunshine and a pastime easier on the eyes and ears.

Elmo is a smart guy with money. Chess strikes him as a fascinating test of skill and strategy. To get started, he learned the basics of chess from a friend and went online to watch a few YouTube videos. Next, Elmo began to look for people to play against. Since he is not an idiot or a sadist, he will not challenge grandmasters; he will seek fellow novices for competition. If I was Elmo, I would look for kindergarteners to pummel.

If Elmo decides to take up the sport of harness racing, he will start against the best, the sharpest, the survivors, the computer nerds, the whales, the insiders and the cheaters. He will not compete against beginners or fools. He will pay, pay big time, for the privilege of playing against very tough competition. Unfortunately, kindergarteners available for pummeling are rare in our sport.

The flocks of railbirds shrink every year, but the attrition is compounded by the fact that the reduced number of players makes the game more difficult for the remaining handicappers and owners and darn near impossible for a guy off the street who does not know a pacer from the Pillsbury Dough boy.

Today’s harness race fans may be old but they are not dumb. Many have followed the horses for half a century and know their way around a race program or a sales catalogue. The veteran owners who have paid their dues in money and tears are trying to make lemonade out of a very dry lemon.

It has never been easy to make a profit wagering on horse racing. It may well be impossible to triumph over the horses; certainly my experiences have proved that financial success at the track is a forbidden land to which I do not have a passport. A few people swear to me that they have conquered the handicapping game, but then they walk out and get into a rusted 1997 Ford Pinto with a muffler dangling precariously from a coat hanger. And horse owners making a killing are as rare as a Chicago Cubs fan holding a World Series ticket.

When crowds piled into Liberty Bell Raceway wearing fedoras and smoking unfiltered Camel Cigarettes, at least a few thousand of the patrons were less than brilliant when it came to placing wagers. Perhaps a hundred were the cream of the Liberty Bell handicapping crop.

Today, these 100 creamy guys are still around (these guys seem to live forever); the loose, dumb money is long gone. The absence of dumb money makes it very difficult for novices in the horse wagering and horse ownership games to learn the craft. A lonely stranger entering harness racing is in for a long, serious thrashing from gnarly hands.

Doesn’t it bug you to read babbling like this that points out problems and does not offer solutions?
Here is my balm for this obvious problem:

These days, the dumb gambling money gravitates to the slot machines and lotteries. That’s fine, they are not our type, but there are a lot of these folks and we need a few of these people who long to senselessly lose their money to come to their senses. We need them in the horse race wagering pools and in the owner’s boxes. Their expendable income would be a welcome addition.

We have to ease some dumb money into our sport. Dumb money is still legal tender; it would be very welcome and the hope is that a smidgen of these dumb money players will see some logic in betting on horse races and join our choir.

To permit dumb money players access to our kingdom of the wise wager people, we must offer an entrance point. We have to give new players a place to play where they will not get pummeled. We need to let them crawl before running.

We need a wager that takes much of the thinking out of the betting on a harness horse race. There could be a site (on the Internet of course) where novice bettors can place a very simple bet much like the flip of a coin; a red or black casino choice. We need a place where new players do not need to over think things, a place where new horse gamblers would find the illusion that slot machine players operate under – they “win” often. Maybe after a hundred races or five hundred odd/even wagers, the new player has not been shredded financially and decides to slip over to a world where they try to figure out odd or even races with some logic. Then, maybe, some day in the future they will make the leap into real harness handicapping.

Let me get specific in my lunacy. Take a track that is on life support, maybe one from Michigan. Set up a season where every wager is odd or even. Get an outfit to take the wagers and to push and promote the new wagers on social media.

Start out fun, fast, easy to follow and dumb.

I may get a tattoo.