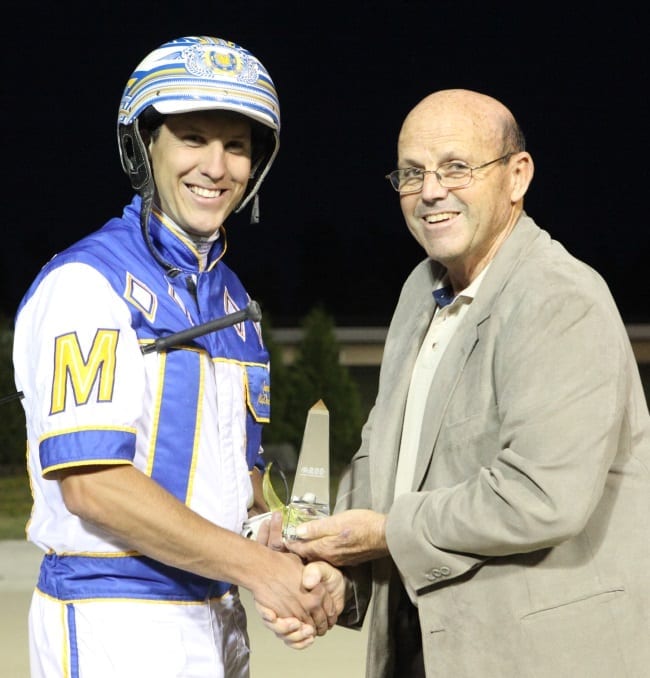 Grand River Raceway in Elora, ON played host to the nine-race Ontario regional event on Friday night (June 24) and MacDonald was the point leader from start to finish. The 30-year-old resident of Guelph, ON opened the competition with a victory in the first race aboard Twin B Amour ($12.50) and also earned wins with Master Smile ($10) in the third leg and Little Whiskey Gal ($6.30) in the sixth leg. A pair of runner-up efforts in two other legs also padded his point total and he ended the competition with 78 points.

“I’m pretty pumped,” said MacDonald. “It’s an honor just to be invited to race with these guys. They’re a great bunch of drivers and any one of us could have won with the right card, the right horses, so I’m pretty happy to be the victor.

Henry ranked eighth for points before earning back-to-back victories in the final two legs with Topanga Canyon ($4.60) and Flexie ($7.10). Those victories propelled him to second-place in the standings to edge out Jamieson by one point (60-59).