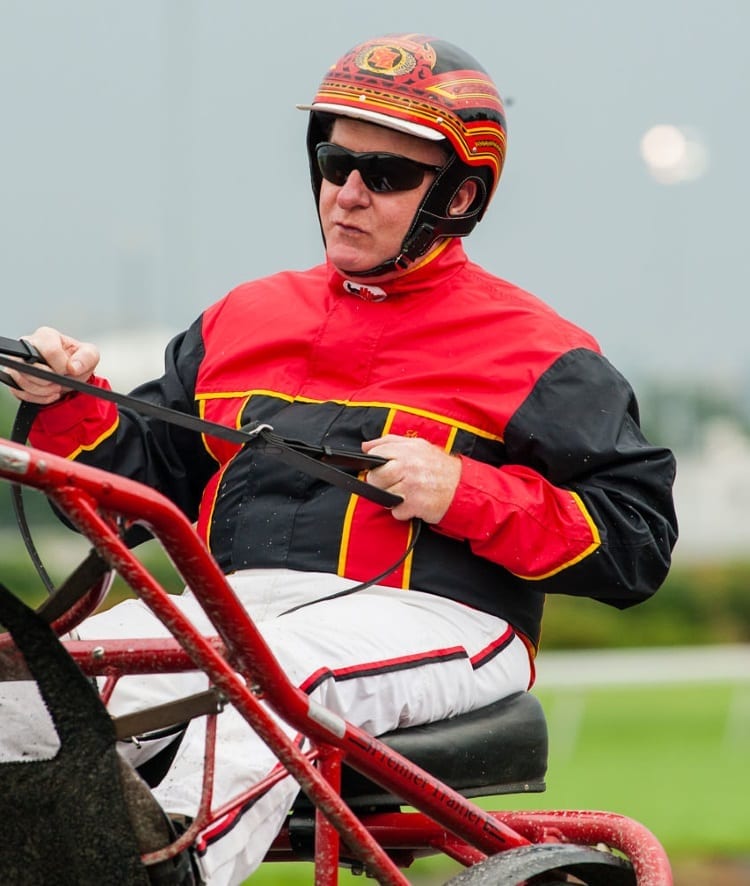 The trainer said he hasn’t seen the reigning Dan Patch freshman pacing colt of the year, yet, but reports from trainer Peter Blood have been positive. The news on Doo Wop Hanover isn’t as good.

Trainer Steve Elliott isn’t the least bit curious, or worried about how Boston Red Rocks is coming back at three. After all, the 2015 Dan Patch winner as two-year-old pacing colt of the year is in good hands with his part-owner, trainer Peter Blood.

“(Blood) says (Boston Red Rocks) is good, so that’s fine,” Elliott said this week. Though Elliott has spent the winter training young horses at Sunshine Meadows Training Center and Blood and Boston Red Rocks are not too far away at Pompano Park, Elliott has not popped in to see the colt.

“I’ll get him about the middle of next month,” Elliott said. “Peter will do what he does and when we get him we’ll do what we do. You hate to seem to be looking over somebody’s shoulder.”

Last year, Boston Red Rocks closed out the season with a flourish, winning the $600,000 Breeders Crown and the $413,000 Governor’s Cup to end the year with earnings just shy of $580,000. Elliott said he was high on the Rocknroll Hanover—McGibson colt from the beginning.

“I liked him from the get-go when he came in. I really liked the colt. He was my kind of horse. He was kind of a lazy colt, but he did everything he was supposed to do. He was really good early,” Elliott said. “After he won the two sires stakes (in July), he got sick at the final. We didn’t really know it. He just got beaten by a head, but he wasn’t himself. I scoped him, he was sick and I gave him a month off and treated him.

“I told Peter early that he was a better colt than Doo Wop Hanover was at two. Of course, Peter told me I was nuts.”

Speaking of Doo Wop Hanover — the older pacer that earned over $450,000 and set a mark of 1:47.4 in 18 starts at four in 2015 — Elliott said the son of Rocknroll Hanover out of Deer Valley Miss recently suffered a setback. The pacer, owned by the same connections as Boston Red Rocks — Blood and Rick Berks of Boca Raton, FL — recently kicked a wall and broke a coffin bone behind while in Blood’s barn.

“He’ll miss pretty much through the middle part of this year, anyway. Hopefully, he’ll be ready toward the end of the year,” Elliott said. “He’s kind of a good-feeling, dumb son of a gun. He’s always had ability, but things happen.”

Elliott said he’s not sure, yet, how some of his other three-year-olds will fare this year on the track.

“I’ve got a filly (named Soulmate Hanover) I kind of liked last year and she was sick all year. She’s a sister to Sassa Hanover. Hopefully she comes back as good as I think she will, but you never know after they’ve had a year of being off-and-on sick. She acts like a nice filly,” Elliott said. “Talk Show is very, very fast, but he’s just not very smart. It’s hard to count on one that you never really know what he’s going to do… Fast and good are two different things.”

Two of Elliott’s promising three-year-olds from last year are coming back well, so far at four, the trainer said

“Stacia Hanover and Artistic Major are coming back well, but they’ve only been in 2:10,” he said. “We’re aiming them for the middle to the end of the year and will pick our spots with them. I’ve got a whole barn full of really nice horses. Are there any great ones? Only time will tell. But I’ve got a bunch of really nice ones.”

Elliott also has a new training base in New Jersey after 37 years at Showplace Farms, which was sold in July of 2015.

“It was kind of a tough deal to find a place to go. At the time we had almost 40 horses and nobody had 40 stalls,” Elliott said. “We ended up turning some out and waiting for stalls here and there. They got me into White Birch, thank God. At least I had a place to go.

“(Joe) Holloway and I were talking. We’d been (at Showplace) damn near since it opened. That’s a lot of years when you look back. They opened, I think, in ’78 and I think I had been there since ’79. It was like home. I was comfortable there. You go to a new place and now you’ve got to figure out the track, figure out the differences in the track that relate to what your horses are doing. It takes a little bit of getting used to.”