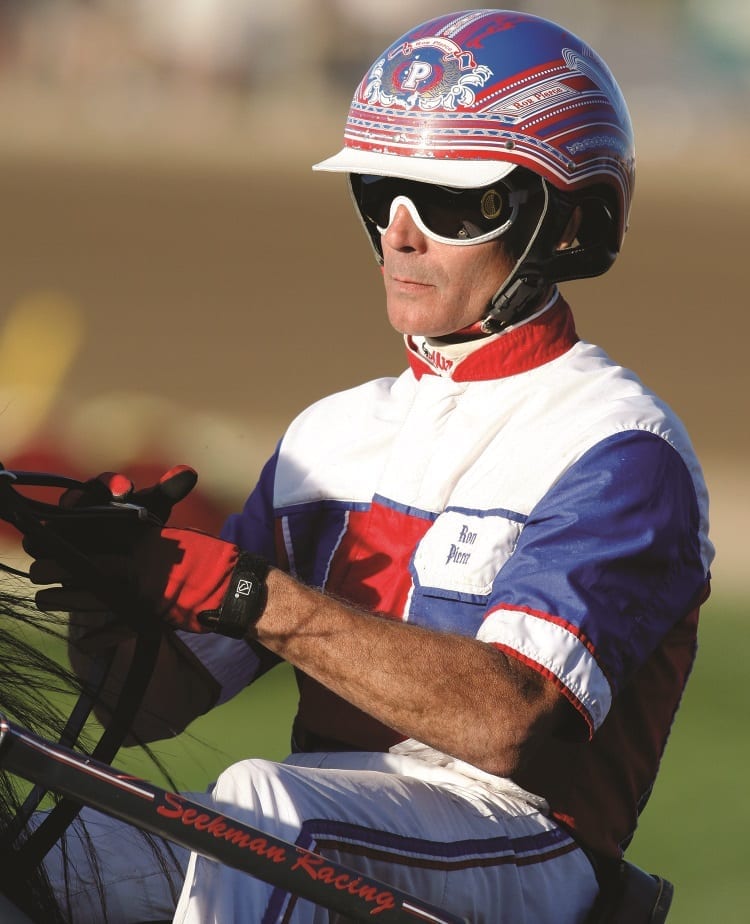 Ron Pierce: Onto the Next Adventure

More than a year after having surgery on his neck and back, the 59-year-old Hall  of Famer will spend the year rehabbing in the wild and then may just sail away.

Ron Pierce has long said that one day he would just disappear into the wild.

After spending the winter diving in the Florida Keys, Pierce said he plans to head to Alaska to hunt for much of the summer and then, maybe, he’ll just sail away.

“I’m leaning towards buying a sailboat and sailing around the world for a few months or a year or two or three,” Pierce said this week. “I’ve sailed before, but never on my own boat. So, I figured, if I get my own boat that would be pretty cool.”

It’s been more than a year since the 59-year-old Hall of Famer last drove a horse. Sidelined by surgery to his neck and back since March of last year, he said he’s not even thinking about returning to the bike. Today, the avid outdoorsman is just concentrating on getting healthy to restore a normal life.

Pierce said he is relishing being away from the track because it has given him the opportunity to do a number of things he’s wanted to do his whole life, but couldn’t because he was always racing horses.

Apart from fishing, diving and swimming in the Keys, Pierce said he is riding 25 to 30 miles a day on his bicycle. If he’s up to it, he plans to do some climbing with his brother, Artie, in Alaska this summer.

“He’s kind of like a goat. He’s much better at it than I am, he’s much more skilled, but I’m going to try as best I can to keep up with him. He’s got a couple of mountains he wants to climb,” Pierce said of Artie. “In Alaska, I want to get my legs in really good shape, my body in really good shape — as good a shape as I can get it in.”

This winter has been mostly uneventful, but Pierce said he had one close call in the ocean.

“I was fighting this barracuda out at Molasses Key and just as I got him to the boat, this huge bull shark — I mean, this thing was big — came up so quickly. I didn’t even see him come until he was up. They come at you like 50 miles an hour… About half his body came out of the water and he was only about three, four feet from the boat.

“He had to be about eight feet long, nine feet long. It kind of woke me up, but it was a rush. There are so many sharks down here that they definitely make you look over your shoulder when you’re diving. It’s definitely something you keep in mind.”

This week, Blissfull Hall was also on Pierce’s mind when the announcement came that the 1999 pacing Triple Crown winner had made the ballot for the Canadian Horse Racing Hall of Fame’s class of 2016.

“Racing Blissfull Hall was one of the most pleasurable experiences I’ve ever had in my life for (owner) Daniel Plouffe and (trainer) Ben Wallace,” Pierce said. “I loved racing that horse for those guys. They never put any pressure on me. They never second-guessed me. They were just a couple of the classiest guys you could drive for. I felt that way when I was racing that horse. It was just a pleasurable experience. The times he got beat, believe it or not, that was my fault.

“He got beat in the Adios because he got a little too hot, which was my fault. I stirred him up a little bit before the race and that was a big mistake. He got to kicking the bike. I still blame myself for getting him fired up. I guess you could say Blissfull Hall and I were just getting to know each other when that happened.”

Pierce, a winner of more than 9,500 races with earnings north of $215 million, calls winning the Triple Crown, “one of the best feelings I ever had in my life. When I crossed the line with that horse in the Messenger, the weight of the grandstand came off my shoulders. For some reason, there was a lot of pressure on me in that race. When I crossed the finish line with him, it was like having a huge orgasm. I’ll never forget it. It was beautiful. We just made history.”