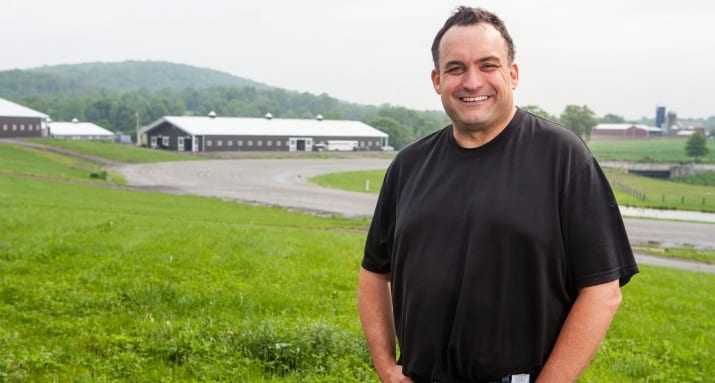 The new president of the SBOA of New Jersey said everyone in the industry  in the state needs to pitch in to help the casino vote get passed.

These are exciting times for the New Jersey harness racing industry. Maybe nerve-racking is a better description. Would you believe terrifying?

And if the Standardbred Owners Association of New Jersey (SBOANJ) is to march toward a successful campaign to get casino gaming, which, in all likelihood, will save the sport in the Garden State, it will do so with a new man at the helm.

After a stormy end to the prior administration —which he preferred not to address — veteran trainer Mark Ford, an SBOANJ director for the past decade, was recently elected president of the embattled group, which is gearing up for what they hope will be success in November, in the form of voters saying ‘yes’ to casino gaming in Northern New Jersey (hopefully, at the Meadowlands).

Never known for holding back his opinions, Ford, who races his horses at just about every harness venue in the Northeast, is frustrated with the current state of affairs.

It’s just unbelievable the amount of money that’s around. For the life of me, I can’t understand, no one is going to refuse the money, but no one is worried about our own product. We might have differences of opinion with (Meadowlands owner) Jeff Gural, but at least he’s trying to do something about the horrible product we are putting out industry wide. Nothing’s perfect, everybody has their own ideas, but at least he stopped some of the bull—-. You know, the 1-5 shots every race, the cheating, at least he’s trying to do something.”

Even though the current meting has seen more mid- and low-range stock on the track, Ford says winning at the Meadowlands is still as sweet as a chocolate bunny on Easter Sunday.

“I consider myself the youngest of the old crew,” he said. “I raced under (then Big M director of racing) Joe DeFrank in the mid-1990s. The Meadowlands was a magical type of place. When you were a little kid, your whole goal was to race at the Meadowlands. I was so proud of the fact that I got to go there and be one of the horsemen in the better days. And it’s still like that. There’s nothing like the feeling of winning a race at the Meadowlands. But the other night, (Chicago horseman) Kyle Husted was here, and he set Meadowlands history when he won a race for a purse of $5,500. I never thought that I’d see the day come when the Meadowlands would race for $5,500.”

While trying to build something special at the Big M, Gural has asked his horsemen to support the track at the entry box, but sometimes, that’s a tough thing to do from a practical standpoint.

“It’s unbelievable, the purses at Yonkers and the purses at Pocono. For the blue-collar horsemen, they have to go where the money is,” said Ford. “I have to race at Pocono, I have to race at Yonkers, I have to pay the bills. It’s great to have a product with 10-horse fields with big pools at the Meadowlands for betting. On the other hand, if you can go to Yonkers or (Harrah’s) Philadelphia in an eight-horse field, it’s a big difference to the blue-collar horseman as far as being able to cash a good check for a bigger purse. I’ve always considered myself a Jersey guy, a Meadowlands guy. There is nothing I enjoy more than racing at the Meadowlands. But it’s just plain and simple, I have to follow the money.”

Given the horse shortage, one thing Gural is going to try is approach officials at the United States Trotting Association to see if all of the tracks that open at this time of year can schedule race dates in a way so the lack of horses doesn’t create short fields and bad betting opportunities. Ford says good luck with that.

So what lies ahead?

“Without some form of gaming, we cannot survive,” said Ford. “We cannot survive on the wagering alone with the competition that we have. Without gaming, there will be no Jeff Gural, and there will be no Meadowlands. We are going to do what we can to push to get this through. It’s pretty much all or nothing now. There’s just nothing left in New Jersey. There’s no sire stakes, no breeding farms. We are all on our last life line now.”

“We both want the same thing, I’ll take my hat off to him, at least he’s trying,” said Ford of Gural. “The product at Yonkers and the product at other tracks…no one cares, they just don’t want any problems. I think we have a healthy working attitude.”

Ford expects Gural and whichever Atlantic City hotel he partners up with to spend somewhere between $30-50 million to get the word out to voters as to why New Jersey’s harness industry needs this casino gaming measure to pass in November. “We’ll be there to support the Meadowlands, to support Freehold, and do everything we can for the cause,” said Ford. “We need to educate the people, keeping the farmland preserved is a key in this whole situation. There is a lot of work to be done, but how much can you do with no money? That’s about all we can do.”

“We were here originally, the only form of gaming,” said Leo MacNamara, the SBOANJ’s executive administrator. “Then they came in with lotteries and casinos. They robbed from us. Now, they don’t think we should be able to extend options to those same people.”

So how much green can the horsemen expect, should the measure pass?

“No less than two per cent (is the language being used), that’s not a lot of money,” said MacNamara. “But there is to be enabling legislation which will allow for a significant amount of money to go over to support horse racing. That’s a promise that’s been made.”

Translation: If voters say yes, those in racing in New Jersey can expect to be taken care of.

“The idea of having 16 races a night and 150-200 race dates a year, I don’t know if that needs to part of our master plan,” said MacNamara. “Especially when you consider the horse shortage.”

MacNamara doesn’t know what the industry’s cut will turn out to be. $50 million? At this point, it’s hard to say. “I doubt we’ll get that much. In some ways, if you have too much, the legislature comes after it.”

“There’s an old saying that pigs get fed and hogs get slaughtered,” said MacNamara. “Sometimes, when you ask for too much, you end up without nearly enough. I think they are going to be fair with us.”

At this point, everyone in the harness industry is hoping for a ‘yes’ from the voters. They’ll be time to worry about how the big the pie is and how to cut it up down the road.