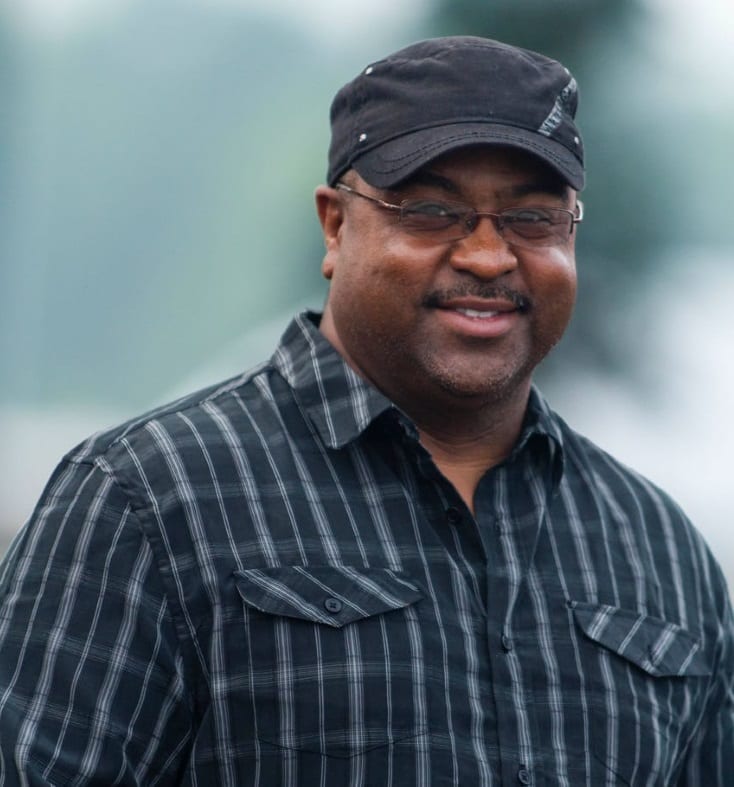 Restoring His Love of The Game

A few years ago, not long after campaigning champions such as Rainbow Blue and Total Truth, George Teague, Jr. said he hated the game and what he had become in it. Then he went back to his roots and along came Wiggle It Jiggleit to restore his faith and passion.

For George Teague, Jr., Wiggle It Jiggleit’s value goes beyond the money, the trophies and even the Horse of the Year title and the other year-end accolades that came with it.

Above all of that, Wiggle It Jiggleit helped restore Teague’s love of the game.

Teague, Wiggle It Jiggleit’s owner, said Thursday that it wasn’t that long ago that he was miserable.

The success of horses such as 2004 Horse of the Year Rainbow Blue and multi-millionaire Total Truth had led to Teague’s stable ballooning to some 120 head. That, he said, he could manage. Dealing with some of the owners that came with it was another matter.

“More than anything else, it changed who I was,” he said. “The people person I thought I was, well, I found that I wasn’t that much of a people person.”

Today, Teague has about 25 horses in his stable. That’s up from about 10 he had last year when Wiggle It Jiggleit was ruling the game. He’s also made a conscious decision to return to his roots.

“I started with one of my best friends, a guy named Kevin Fry from K & R Racing,” Teague said, referring to his part-owner on Rainbow Blue. “He’s still a part of who I am. Me and him are still together. We’ve been together over 20 years… The other ones, we got rid of each other. When you’re hating what you do, you’re not going to do it well. I told my daughter, ‘I might lose everything I ever had and everything I ever gained, but I will be happy and I will walk in the barn with peace of mind.’”

Call it The Tao of Wiggle It Jiggleit.

“With 10 horses and you’ve got a horse like Wiggle It Jiggleit, you can’t be any happier,” Teague said of the gelded pacer driven by his son, Montrell, and trained by George’s longtime top assistant Clyde Francis. “If you want to work yourself to death and do things crazy like I did before, knock yourself out, but if you’ve got one horse, you can ride around and enjoy it. I don’t have to go to the paddock. I don’t have to do this or that. I’ve got Clyde doing this now. When he shipped somewhere I just drove up or flew up. It put me in a different place. I like this place a lot better than dealing with other people. Some people are magical at dealing with other people. Hey, have at it. I just ain’t that person.”

George said some off-hand comments from a friend a little more than a year ago really resonated.

“At the end of the conversation he virtually said, ‘Your time has passed.’ I said, ‘Wow, does he really think that?’ I’m glad I never thought that way because I think we can run a stable and train stable of horses as well as anybody in the game,” George said. “Little did he know, but I had (Wiggle It Jiggleit) sitting in the barn.”

George said he gave the son of Mr Wiggles—Mozzi Hanover about six weeks off after his last start — a victory on Nov. 30 in the $300,000 Progress Pace at Dover Downs, just down the road from George’s stable base at Harrington Raceway.

“As soon as he was done his last race we kicked him out in a field. He didn’t live out in the field, but he got turned out when the weather was suitable, when it wasn’t muddy or it wasn’t really icy or snowy. I didn’t do anything that stupid,” George said.

“I’m not a big believer in giving them forever off. For him to be off six months, I wouldn’t have been satisfied with that. This is definitely more appropriate for my style of training… If he had finished up tired or he had finished up really weak, I might have changed up how I did things, but he finished up so strong the last few races of the year that I felt pretty comfortable to get him ready early enough. He didn’t need six months.”

George returned home to Harrington, DE Thursday afternoon after attending the Dan Patch Awards and Harness Horsemen International meetings in Florida. That was preceded by a Disney Cruise with 19 family and friends, something the Teague clan tries to do every year or two.

“I love family and I love the opportunity to spend time with them. If I can see the grandkids smile, that means as much to me as anything. When they’re happy, I’m happy. It doesn’t take much. I don’t swim. I don’t need any sun. I don’t tan,” he said, laughing. “I’m not a thrill-seeker, so I don’t need to parachute or go scuba diving. When I go, I go to relax. That is totally it. So, you can put me on any cruise ship and I’ll virtually be the same person. This was a little bit special because it was our first Disney cruise and to see the grandkids happy like they were it was definitely worthwhile.

While George and Montrell were on the Disney cruise with family — “Montrell didn’t like it nearly as much as the grandkids. I’m sure I don’t have to explain that one.” — Francis tasked driver Kevin Switzer with driving the great gelding in his first qualifier, a 1:55.3 effort on March 2 at Dover Downs in which Wiggle It Jiggleit finished third.

“I wasn’t there, but I guess he was looking at the shadows. He jumped one going to the first turn pretty good. Things didn’t go as planned, but that’s him,” George said. “It was nothing Kevin did wrong. He just didn’t know him. I’m not saying I would have caught it if I was there, but I probably would have put something on him because I know he’s prone to jump shadows like that. It was just something that was overlooked, unfortunately. But he’s fine. | have as much confidence starting off this year as I had last year. That speaks volumes about how I think he came back. He’s come back super.”

The difference is this year, Wiggle It Jiggleit will have to tackle a deep, talented group of older pacers.

“It’s harder to set a goal this year than it was last year. I kind of knew going into his three-year-old year that he mainly just raced against three-year-old horses. My thing — and I wasn’t being cocky then. I’m not going to be cocky now — but I saw the best colts race (at two) and I thought he was better than most of them I had seen… In my opinion, Freaky Feet Pete was the best two-year-old I saw. He is an Indiana-bred (like Wiggle It Jiggleit). That’s why I paid attention to him.”

George said Wiggle It Jiggleit has filled out and grown a bit, which he’ll need going to war against older horses.

If Wiggle It Jiggleit is sharp and ready, George said the first major race will be the George Morton Levy Memorial at Yonkers that starts March 19.

“I won’t make the first leg of the Levy because I wasn’t here to see him qualify and I don’t know how he qualified,” George said. “If he comes back good and he looks like he’s at his top, I will race him in there. If I don’t, I will just leave him here in Delaware. They said they would let him race here. So, if I can race here in Delaware, I will probably start him here a couple of times and if he’s super sharp I’ll just take him up to the Levy. It’s questionable which direction I’ll start off at.”

What is not debatable is that George Teague is in a much better place these days.

“I don’t need to make millions a year if there’s only me, Clyde and a small collection of people working for me,”
George said. “I do need one thing: I do need to walk in with peace of mind. I’ve got control of what I do.”