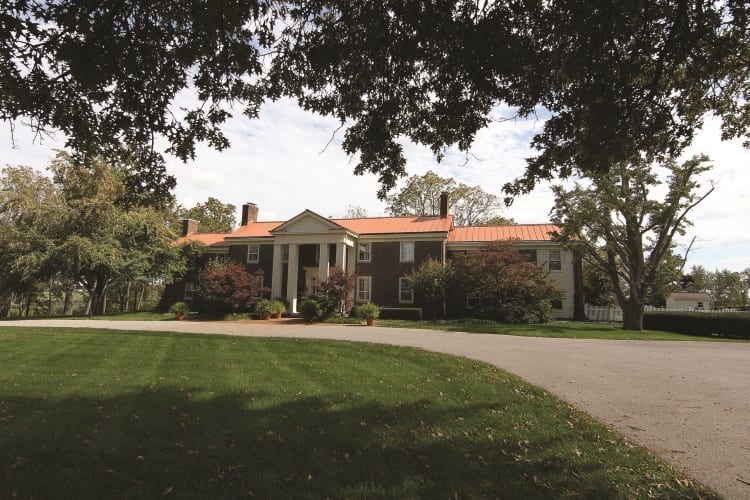 Brittany Farms: “This land has been so good to us”

Staff at Brittany Farms is awash with memories and emotion as the iconic Kentucky farm prepares to move to a new location.

Leah Cheverie was crying — and not for the first time this week — as she talked about the emotional bond between Brittany Farms and those closest to the famed standardbred nursery in Versailles, KY that was sold a little more than a week ago.

“There’s lots of memories there, but it’s not about stuff or things. We’ve been so fortunate that we’ve been supported by so many loyal employees and people that have been here for us,” said Cheverie, Brittany’s office manager and the wife of general manager Art Zubrod.

“This land has been so good to us.”

It goes far beyond the numerous champions Brittany has raised over three decades and right down to the rolling bluegrass that deeply nurtured a number of human souls.

For all 30 years Brittany has been operating, Zubrod has been running the show for owner George Segal of Chicago. For all but the first two years, farm manager Dale Logan and his wife, Patty, have also been a key part of the team.

Brittany will retain 150 acres of pasture at its current property. The rest was purchased by Irish thoroughbred breeder Maurice Regan. He takes possession of the farm on Pisgah Pike in mid-June. A new, smaller Brittany will soon begin to take shape on a 121-acre parcel of land a few miles south. “It’s sad, but it’s something I’ve got to do. I don’t go on forever and neither does the farm. My family is not interested,” said Segal, 77, a twinge of emotion in his voice. “Why pay to keep up 700-plus acres when you only need 200-plus?”

As the Zubrods and Logans prepare for the move, they are awash with memories. Both families raised their kids at Brittany — Zubrod and Cheverie’s oldest daughter, Deveau, was four when they moved to the farm in January of 1986; her sister, Renee, was born just four months later. The Logans’ daughter, Nicole, also was raised at Brittany.

“It was really nice to be able to raise my daughter there and I’m sure Art feels the same way about raising his daughters there on the farm,” Dale said.

All three girls had fairytale weddings on the farm.

“I always envisioned just walking out the front door of our house and having (my wedding) in the circle in front of our house because it is just so picturesque,” Deveau said. “It was just one of those things. I never even hesitated. I knew from the very beginning that’s what I wanted.”

Her memories of a childhood spent with the run of the farm, are just as vivid.

“What more could you ask for to grow up on all of that land? We had a barn like a big shed for hay and we would play in there and build forts and we would be gone for hours and hours at a time. We built tree houses and everything. There’s a lot of good memories from that and having horses there of our own… We pretty much had free range. We had beautiful creeks there and we could go play in the creek. We rode our bikes everywhere.”

But the strongest memories invariably involve horses. Deveau was 13 and Renee was nine when champion mare Three Diamonds dropped dead in front of the entire Brittany farm crew.

“I had a hold of her when she passed away,” Dale said. “At the time, the entire farm crew was there in the barn, including the secretaries and Art and Leah both… I was trying to do the best I could do and not let everybody get so upset seeing what was getting ready to happen. When she finally collapsed, it was really hard.”

It was about to get harder. Cheverie can laugh at it now, but the tears were flowing in 1995 when everyone gathered to watch Three Diamonds be buried.

“We were all a wreck,” Cheverie said. “We had a backhoe driver here that had dug the hole and everything. The girls had flowers that they were throwing in the grave and the poor backhoe driver was crying. He was a mess by the time he got done with this burial, because we were all crying.”

It was similarly emotional — and, in hindsight, comical — the night Leah Almahurst had an aneurysm and Zubrod and Dale Logan had to use brute force to get her onto a trailer to rush her to the vet clinic.

“She couldn’t stand, but we got her stabilized a little bit. Dale Logan and I were probably there three, four hours until about two o’clock in the morning. On the way home I said, ‘Man, I need a beer.’ So, we stopped at the gas station convenience store and I got a six pack of beer and the woman said, ‘You know, we can’t sell beer after one o’clock. I put $5 down and I said, ‘Well, you’ve two choices here: You can pick up that $5 and not call the cops or you can leave it down there and call the cops, but this beer is leaving with me.’ She said, ‘Have a nice night’ and I walked on out,” Zubrod said, laughing.

He said he’s cherished being greeted by yearlings each morning as he walked out his front door and made the short walk to the office next door.

Though Segal didn’t visit often, when he did, Zubrod would invariably see Segal, “just by himself driving around looking at the fields. He liked it. He really liked it.”

Segal said Brittany is, simply, “a great piece of ground. It’s produced a lot of top horses. It’s a sad time, but we move on. I’m still involved in breeding good horses and I’m sure I’ll get over it.”

It seems Segal was destined to own the farm.

“When I used to go there with Gene Riegle to look at horses, he said, ‘Of all the farms, this is the one you should buy when you’re ready to buy a farm,’” Segal said.

“The funny thing is, I loved this farm, too,” Zubrod said. “I worked at Kentuckiana and we started leasing it when I worked at Kentuckiana. I’d bring horses back and forth and I could tell this was a place to raise a good horse. It’s not a farm that you can drive by and see what’s going on. It’s quiet. It’s handy to town, handy to the airport. It’s just been a great place and I’ve had a hell of a lot of fun developing it.”

It’s been a lot of work and a lot of long hours, too, but Dale said the quality of life he and his family have had at Brittany is unmatched.

“There’s like five miles of road on the farm and you can kind of get around and look around and see what’s going on at a lot of different places. Instead of sitting in a stuffy office, I can sit in my truck and do some paperwork and figure things out. I’ll pull up around back around one of the fields where there’s horses hanging out and just sit there and do it right there instead of sitting and looking at four walls,” Dale said.

He said everyone owes a tremendous debt of gratitude to Segal.

“George is a great guy to work for… He puts the horse first and the people. He took very good care of several of us here on the farm,” Dale said.

Zubrod said he’s been flooded with a million memories this week, but the predominant feeling is that he has been blessed at Brittany.

Segal said, “it’s just an evolution like Castleton, Almahurst, Kentuckiana, Peninsula and now Brittany. They all moved to different locations. That land has produced a lot of champions and the new one will produce more champions,” Segal said.
“You never know, but things could get a lot better,” Dale said. “That’s something you never know when you’re changing soil. The soil that we’re moving to could be as fertile or more fertile. It’s something you never know until you give it a try.”

For her part, Cheverie may be emotional about the move, but she is up for a new adventure building the new Brittany Farms.
“It’s exciting to think that we’re going to have the chance to start over in a way. That part’s exciting,” Cheverie said. “The hard part is leaving all this behind. It’s been 30 years.

“Anyone that knows me knows I wear my emotion on my sleeve. I was a wreck last week, but by the time this is all over with, I should be really good — sometime between now and June.”